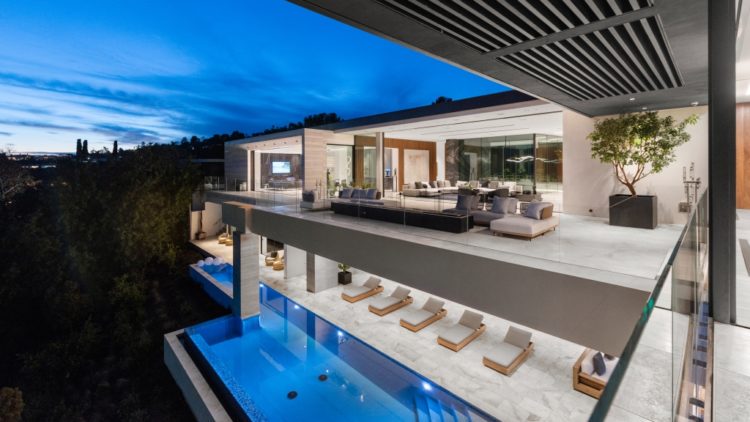 People buy mansions every day, but it isn’t really that often that you hear about someone renting one. However, that certainly doesn’t mean that it doesn’t happen. After all, people rent houses each and every day. It only stands to reason that at least some of the time, those rented houses would be exclusive mansions, places that people with a normal, everyday income would never even dream of being able to afford. Perhaps the reason that most people don’t think about renting a mansion is because a lot of people tend to automatically assume that anyone who has enough money to afford a place like this will just buy it outright. In many cases, they do. That said, it doesn’t always benefit the individual involved to buy any house outright, mansion or otherwise. The truth is, sometimes it just works better to rent the house, regardless of whether you’re talking about a one bedroom, one bath home in the most modest neighborhood you can imagine or a mansion in an exclusive Beverly Hills neighborhood. For Superstar Drake, the latter has recently proven to be more beneficial. It’s true, the celebrity recently rented one of the most exclusive mansions in the Trousdale Hill Estates of Beverly Hills, all with the goal of enjoying the epitome of luxury without being saddled with the mortgage that goes with it. The house has been deemed one of the most naturally built mansions in the area, being constructed almost exclusively out of cement and natural materials. Just completed earlier this year, it is a mansion that is capable of drawing the attention of anyone who sees it and it’s equally capable of providing anyone with more than enough room to entertain or do anything else they choose, even Drake. As a matter of fact, the house is more than 18,000 square feet, sporting seven bedrooms and an astonishing 14 bathrooms. Anyone who’s ever experienced being forced to wait for an open bathroom knows how frustrating it can be, so the idea of having 14 bathrooms in a house is rather comforting in some cases. Just imagine the house you grew up in. Chances are, you were like most other people as you waited in the hall for someone else to get out of the bathroom so you could actually have a chance to use it. There’s no doubt about it, this can be frustrating in the extreme. Apparently, the architect who built the home had similar experiences when growing up. As far as the property itself, the house sits on just over half an acre. It doesn’t sound like much space at first, but it’s more than enough for the property to feel comfortable without being cramped. The Definition of Luxury

There’s no doubt about it, this house is practically the definition of luxury. That said, Drake isn’t exactly a stranger to luxury. As a matter of fact, this house is small compared to the house that he has in Toronto, which spans a mind-boggling 50,000 square feet. That’s almost incomprehensible, no matter how used to luxurious items you might be. If you’ve been in such a home yourself, you might still have a hard time believing how big 50,000 square feet really is. The truth is, it’s big enough to get lost in, no matter how many times you’ve been inside it. As previously mentioned, this particular home is considerably smaller. In fact, it’s just a little bigger than one-third the size. That said, it doesn’t lack for anything when it comes to luxury. In addition to a tree that sits right in the middle of the home, designed to be there by the architects as part of the home’s natural beauty, there is also a waterfall and a number of other natural elements that make up the house. If you want to consider luxury items, you need go no further than the kitchen where there is practically every surface made out of the most extreme marble one can find, along with custom made appliances that cost more than the homes most people live in. If that’s not enough to get your attention, there’s also an in-house movie theater and a separate caterer’s kitchen where food can be prepared and brought in for guests without disturbing anybody inside the main house. If you’re in the mood for privacy, there’s also a separate two story house that has its own entryway, complete with a bedroom suite and two full bathrooms that can be utilized whenever large parties are being thrown in the main mansion. In short, there’s plenty of room to spread out and have a good time, but there’s also space to simply relax and be at peace with oneself whenever all the hustle and bustle gets to be too much. To Rent or to Buy

So, why has Drake decided to rent the property when most people would simply purchase a house like this? It’s not as strange as it might seem at first. In fact, many people have speculated that he’s actually testing the waters, so to speak, renting the house in order to see if he genuinely likes living there before he takes the plunge and spends the money to buy it. Perhaps that is the case, as he does have a number of mansions in other locations around the world. On the other hand, he might just want a place in the Beverly Hills area where he can hang out sometimes and throw a few parties without feeling like he’s tied down by yet another mortgage. Either way, it seems to be working out for him, as he’s posted a number of photos at the new home, suggesting that he’s quite happy there. When you stop and think about it, it’s almost interesting in some way that people have such a fascination with celebrities and where they live. Part of it is because people have a tendency to have a somewhat unhealthy obsession with celebrities and part of it is because anything that costs as much money as this home is going to draw attention. So far, it hasn’t been revealed how much he pays for rent on the house but the property was selling at a premium even before the house was built. Whatever the cost is, you can bet that it’s not cheap. That said, it doesn’t seem to be bothering Drake one bit.