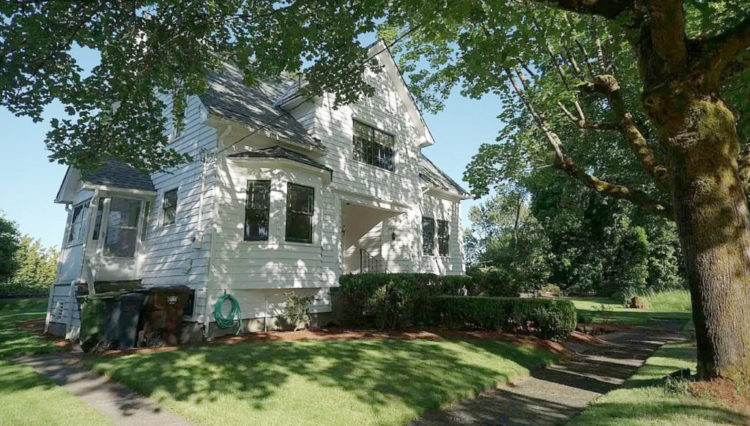 When a house attracts attention, it is often because of its stunning architecture, good location, or even because somebody famous has lived in the property. However, these are not the only reasons why a house can become noticeable. For example, buildings that have been used as a location for a television series or film may also attract the public’s attention. A recent example where this has been the case is the house where Bella Swan lived in the ‘Twilight’ series of films. The home in Oregon has since become a popular rental, and here is your chance to find out more about the property. An Overview of Bella Swan’s House from Twilight

The property used as a location for Bella Swan’s house in ‘Twilight’ is in St. Helen’s, Oregon. It was only used in the first film of ‘The Twilight Saga’ series of five films. It is a double-fronted, detached, Craftsman-style property. Bella’s house is a five-bedroom, two-bathroom house that measures 2,506-square-feet and sits in an 0.27-acre plot. The house was built in 1935, and it is on a leafy cul-de-sac close to the Columbia River. There is white cladding on the exterior of the dormer-bungalow and a gray shingle roof. A short path from the sidewalk leads to the front porch, and there are lawn areas and shrubbery to the front of the property. At the rear, the backyard is surrounded by mature trees. Internally, the production team completely repainted the house prior to filming. It was necessary to repaint the property as white walls are not great for filming, making it difficult to control the light. Instead, they used muted tones of blues and greens throughout the house. There is also hardwood flooring throughout the property. Inside the Twilight House

One of the main rooms in the house that was used for filming was Bella’s bedroom. This room is upstairs in Oregon, and it is the corner suite. Prior to filming taking place, the bedroom was painted green. Other touches that were added to the room were a bulletin board, shelving, and twinkle lights. The current owner of the house has recreated the bedroom to include every detail. Another room that was used during filming was the dining room. The listing on Airbnb says that the current table and chairs in place in the room are the same ones that appeared in the film. This is a detail that fans of ‘The Twilight Saga’ will love, as it means they can use the same table and chairs as the cast of the film. The dining room sits at one end of a large room, while the other end is a lounge. Through a door from the dining room is the kitchen, which has a green color scheme and traditional décor. The cabinets are painted light mint green, while the floor has patterned tiles in darker green. There is a bay window overlooking the garden. Now the house is no longer being used as a film location, it is available to rent and is listed on Airbnb. Those who want to stay in the house from ‘Twilight,’ either short-term or longer-term, can expect to pay around $369 per night for the privilege. While many houses on the property rental site attract attention due to their location, interior design, or available space, this house’s association with ‘The Twilight Saga’ has made it stand out from the competition in the area. On August 1, 2021, the online calendar for August 2022 opened. Within four minutes, the house was sold out for the entire month. Therefore, it is now an extremely popular rental. Those who were disappointed not to secure a booking in the Oregon property could still stay in the house if another booking falls through. They will have to check the website first thing each day to see new dates or cancellations. Aside from the property’s fame, another reason that the property has remained so popular is the consistently good reviews. One reviewer describes it as the best Airbnb experience they have ever had, while another praises the detail in the house and refers to their stay and unforgettable. Although the crew used various rooms in the house during the shooting of ‘Twilight,’ some scenes were filmed on other sets that were recreations of the real rooms. For example, some of the scenes in Bella’s bedroom were filmed in the house, including any scenes showing the bedroom’s connection to the hallway. Other bedroom scenes were filmed in a set that was built next to a local baseball field. They used this set mainly when the sun was out. It was at the set next to the baseball field where most of the intimate scenes were shot. When the production scene returned from location to the studio in Los Angles, they reviewed the material they had filmed. They realized they needed to reshoot some bedroom scenes, including the famous scene where Edward sleeps over and watches Bella as she sleeps. Instead of returning to the location, they recreated the bedroom at the Elks Lodge in Pasadena. This location was also where they filmed Edward and Bella’s first kiss. Budgeting limitations meant they only used the house in Oregon to film the first film of the series. For ‘The Twilight Saga: New Moon’ and ‘The Twilight Saga: Eclipse,’ filming was shifted to the Vancouver area, says Dirt.com. A vacant lot was bought at 18746 28th Avenue in Keery Park, Surrey, and recreated a replica of Bella’s house. Except for adding a bay window in Bella’s room, the structure was a perfect replica of the original house in Oregon. Once filming was complete, they dismantled the entire building.