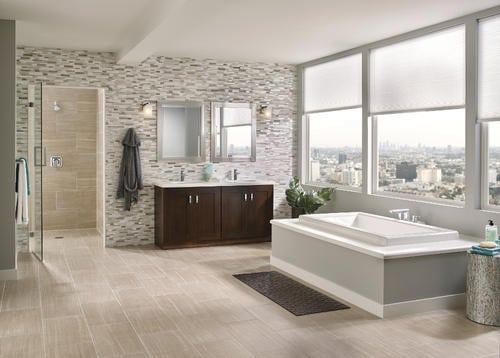 Some of us like to shower and go in the mornings. Others like to take a more leisurely approach to bathing. If your idea of heaven is a long, relaxing soak in a suds-filled tub, you’re certainly not the only one. The restorative and rejuvenating properties of a bath are legendary. After a long, hard day, nothing quite beats lying back and lounging in a warming, relaxing tub. So say we, and so have people been saying for thousands of years. Back in Roman times, bath time was almost sacred. Get between a Roman and his tub, and you’d be in trouble. As Hunker notes, the Romans pretty much made an art form out of bathing. To them, a bath was about way more than getting clean. It was a pleasurable experience. In many cases, it was a social one. Sometimes, it was even religious. As proof of their devotion to a good scrub, they build huge, elaborate houses dedicated solely to the ritual of bathing. As well as boasting enormous communal bathing areas, the houses had space for exercise and undressing. Today, we’re a little more relaxed about the process, not to mention a lot more private. We don’t necessarily want to enjoy a bath with our next-door neighbor, and most of us would rather not see our boss lathering up with a sponge. But that doesn’t mean we can’t still enjoy a Roman-style bathing experience. A Roman tub brings the ritualistic aspect of the Roman bathhouse into our homes. A Roman tub is big, it’s spacious, and it’s what everyone who enjoys a long, hot bath needs in their life. Here, we take a look at everything you need to know about the Roman tub.

What is a Roman Tub?

A Roman tub isn’t for you if you like to spend as little time as possible on your bathing routine. If you like a quick 10-minute scrub, stick to showers. If, on the other hand, you like to luxuriate, a Roman tub is ideal. Although a Roman tub serves the same basic purpose as a western-style tub, there are some key differences between the two. While a western-style tub tends to be relatively narrow and short, the Roman tub is huge. It’s wide, it’s long, and it’s got enough space for you to spread out and truly luxuriate. Roman tubs are deeper than traditional bathtubs, allowing you to immerse your body right up to your chin, either while lying or sitting. They’re generally large enough to comfortably accommodate two people. Usually, Roman tubs are built into the floor to make getting in and out that much easier. Although ‘Roman tub’ is the official name, you might also hear this type of tub being referred to as a garden tub from time to time.

What Are Roman Tubs Made Of?

Why Are They Called Roman Tubs?

Back in the days of the Roman Empire, people didn’t like stepping up into their baths. They much preferred stepping down into them instead. The Roman tubs of today are the same… hence the ‘Roman’ part of the name. Today’s tubs might not be communal in the way of the original Roman baths, but these floor mounted sunken tubs share many of the same characteristics of their historical counterparts.

What Are the Benefits of a Roman Tub?

A Roman tub promises sheer, unadulterated luxury. Their size and holding capacity allow them to be filled much deeper than conventional tubs, letting you soak right up to your chin. Although their huge size suggests you’ll spend almost as long waiting for the tub to fill as you spend in it, many manufacturers have got around the problem by utilizing high powered Roman spouts that can deliver up to 25 gallons every minute. With that kind of power, you won’t have to spend any longer waiting to get in than you would a conventional tub. Some tubs even come with an internal heating system that lets you enjoy the experience for just as long as you like without ever worrying about becoming chill. While conventional, western-style tubs are relaxing, they’re nothing compared to a Roman tub. A Roman tub is big and spacious enough for you to truly relax. You can spread out, move around, lie back, and enjoy. Where as many modern tubs require you to sit with your knees hunched up around your chin, a Roman tub lets you luxuriate. For people who enjoy spending as much time as possible in the bath, they’re a no-brainer.

How Easy Are Roman Tubs To Use?

One of the key benefits of Roman tubs is their ease of use. For people who struggle with mobility, they take the chore out of bathing. While stepping up to a bath can be challenging for those with joint problems, stepping down into a Roman bath is a breeze. Not only are Roman tubs easy to use, but they’re also easy to maintain. As doityourself.com notes, the fact that they’re built near the ground makes cleaning and maintenance much easier than it is with conventional tubs.

Are Roman Tubs Simple to Install?

Roman tubs aren’t that much more difficult to install than conventional tubs, but there are a few pointers to remember. Firstly, you’ll need to ensure that the sprays, spouts, and faucet are positioned in a way that won’t interfere with access. Most people find that positioning the spout at the end of the tub or in a corner is the most convenient option. As dummies.com notes, installing any kind of tub isn’t an easy task as it involves working with a large, heavy object in a limited space. If you have any misgivings about completing the project yourself, it’s always wise to hire a plumber who has experience in fitting Roman tubs to do it for you. 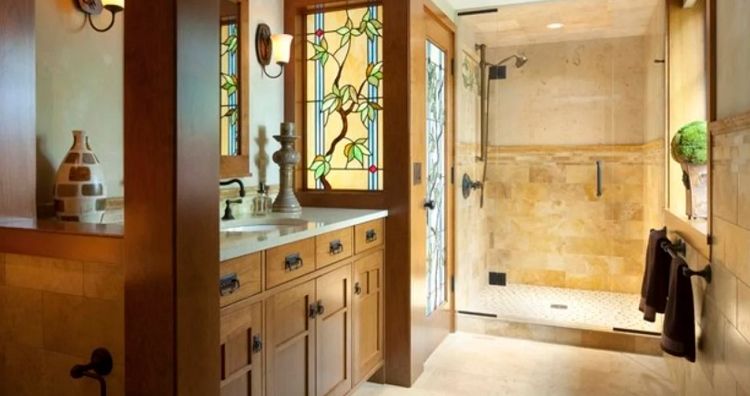 Each person has a preferred interior design style, and this is a reflection of their tastes and personality. While some people prefer a minimalist style with clean lines and a contemporary feel, others prefer some… 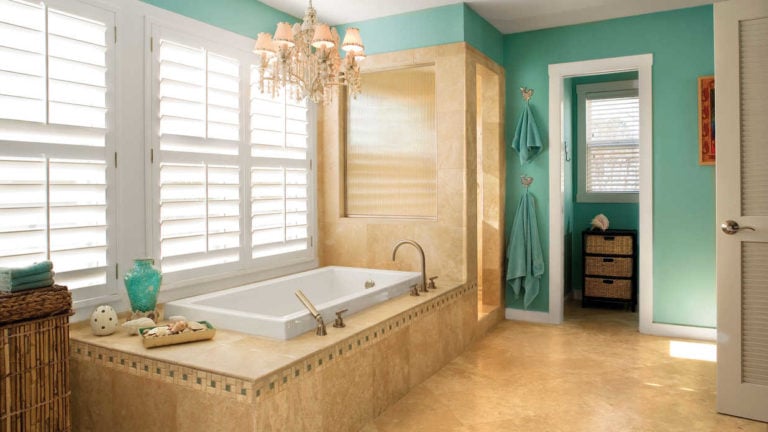 Even if you live nowhere near the coast, the beach is a fantastic source of inspiration for your interior design. Due to the links with water, it is a particularly great look for a bathroom…. 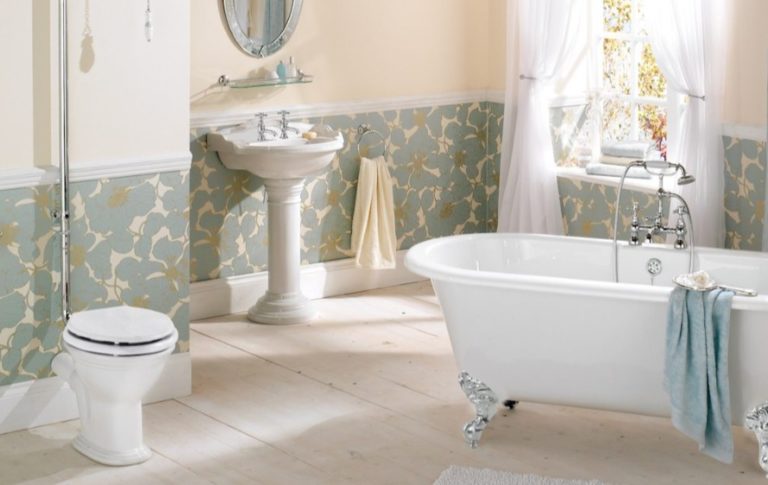 For many people, the bathroom is one of the most important rooms in the home. It is a room that is used by everyone in your home and by any visiting guests. It is a… 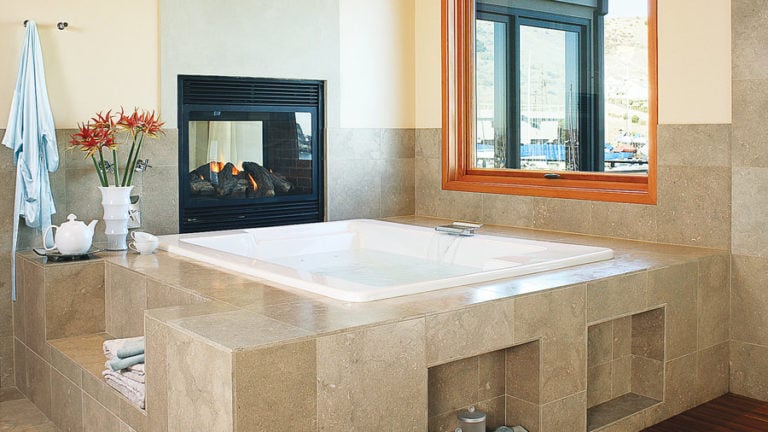 A bathroom is one of the most important rooms in the home as it is a shared space that is used by everyone. There are many different elements of bathroom design to consider to ensure… 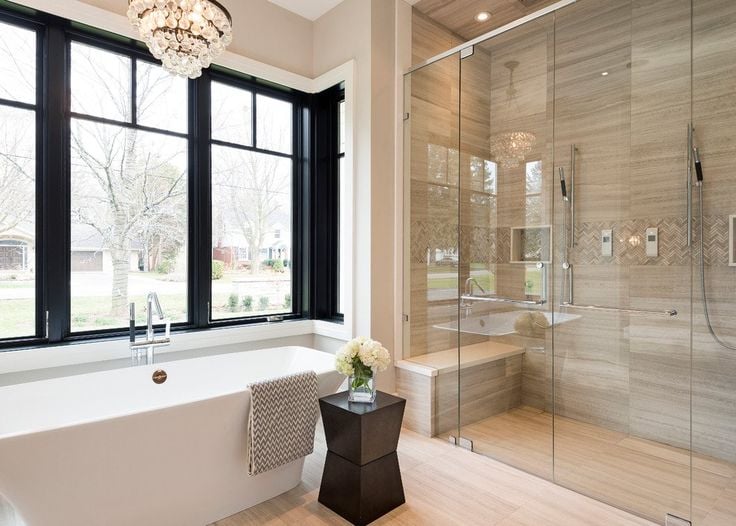 When many people think of transitional style décor, they may think of boring or bland, but the truth is, you can create a dramatic and elegant traditional style for any room in the house, including… 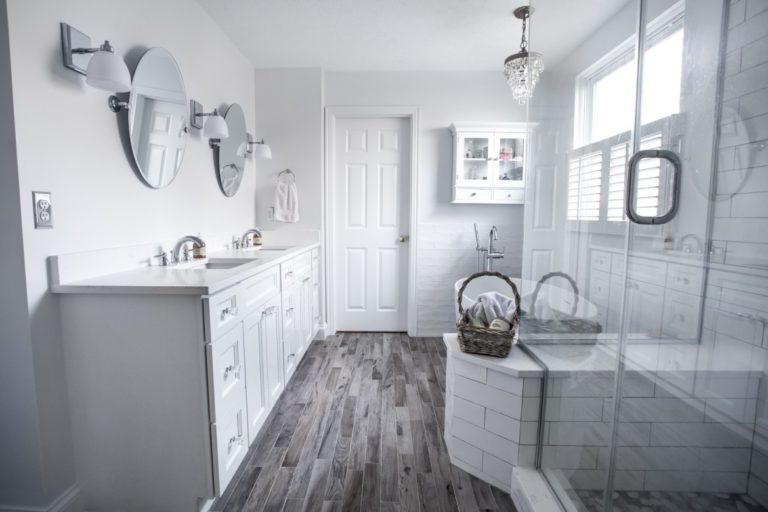 Planning your dream bathroom should be exactly that- a dream. But with so many different things to consider, it’s often easier said than done. Will a cabinet bath really work next to the window? Will…