To understand the concept behind an industrial living room you first need to have a sense of American history and the general concept of Industrial design. Unlike modern materials such as acrylics and smoothly finished furniture, the Industrial style hearkens back to the days of the Industrial Revolution where rough exteriors and unfinished surfaces were far more common. The most common materials used were steel and wood, and rooms were lighted with standing lamps or table lamps. Many people today may consider this to be a “raw” period of design, where the rougher the edges the more chic one was to be considered.

If you have ever lived in a loft or other space that has been converted from an industrial building into a residential space, you are likely to be familiar with the basic concept of industrial design. This particular type of design was popular for about a decade, from the early 2000’s to about 2010. Exposed brick and concrete, especially for flooring, were standard faire for the overall design. If you are a history buff, think of the soot and the grime that were commonplace during the period. That will give you a sense of some of the key characteristics of Industrial living room. 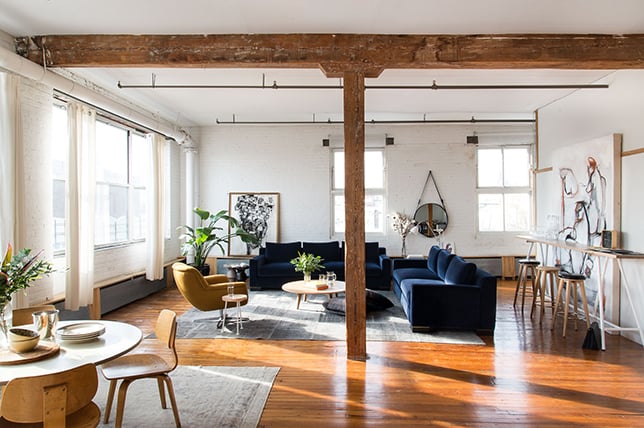 When you walk into an Industrial design living room, you are likely to first find a concrete floor underneath your feet. A considerate renter will have placed rugs on the floor to keep your feet warm, particularly during the colder months. The living room can be considered to be spacious by most standards, since the goal of Industrial style design was to imitate the feel of a warehouse. That also means high ceilings and in some cases, exposed pipes.

Depending on the style chosen by the renter, exposed brick may be seen au natural or may be painted. Keeping with the industrial theme, the color is likely to be a steel grey or other dark color. However, unless the exposed brick was had a smooth or finished look originally you are likely to see the same roughness of surface that commonly was seen during the 1900’s. Exposed brick may be covered over with wood paneling, but this look does not violate the basic natural look theme of the period.

In keeping with the sense of the early part of the 1900’s, you will find lighting to be scattered about the spacious living area, primarily consisting of table lamps and free standing lamps. In the more modern theme of Industrial design and accentuating the warehouse motif, large fluorescent lighting will be found hanging from the ceiling. This allows for either more furniture to be placed in the room or to further accentuate the large open spaces that are at the heart of the general design. Whether table lamps or hanging fixtures are used, a metal finish is in keeping with the traditional look. 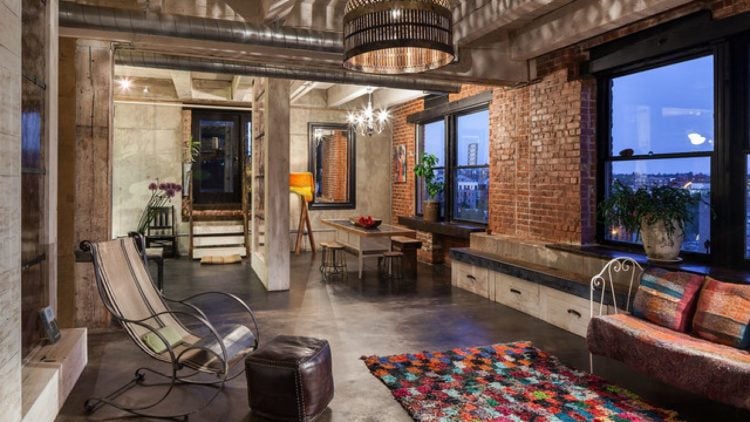 The general architecture of an industrial designed building is the presence of large windows. As an industrial building, the windows were essential for lighting, cooling, and ventilation back in the early 1900’s. This is a design feature that carries over to the Industrial style living room. This style appeals especially to people who are active by day and more sedentary after the sun sets. Lighting large spaces obviously can be expensive, especially with incandescent bulbs as was the technology of the age. What cannot be overlooked is the necessity for keeping these large windows clean throughout the year – a job that likely requires professional assistance and some amount of money. (This may be one reason the design fell out of favor.)

Short of adding partitions to the various sections of the room, which violates the basic theme, large living room sectionals can be found being used as dividers from the other spaces in the living quarters. One significant advantage to using sectionals is that there is a wide variety of color schemes that you can use that will blend in nicely with the surroundings. With walls that are grey or other natural colors, and several options for lighting, the right mix can be created to make the living room a well-designed space. The openness invites a large group of friend or family to stop in any time, making for a friendly atmosphere.

Those who are artistically inclined find the Industrial style living room to be a huge asset. Paintings, murals, objects of art, sculptures, and an array of other creations easily enhance the uniqueness of the room. For those who have seen the movie Flashdance, the main character’s living space was located in the city of Pittsburgh and was set up to be an area where she could do her exercise and dance routines at her leisure. The Industrial-themed living room characteristics can be readily seen, especially with her small television set on a table encircled by open spaces. 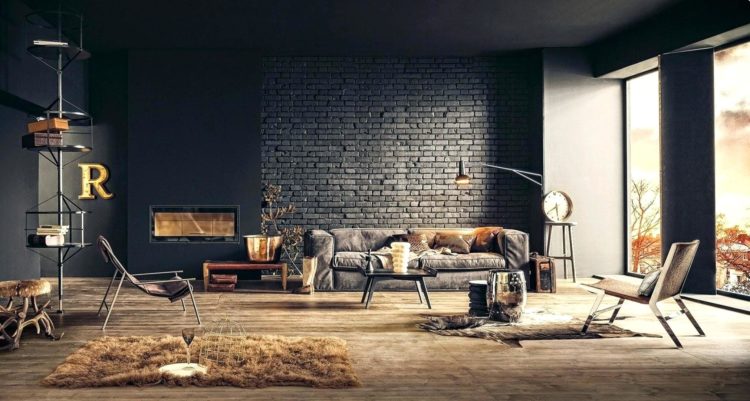 You are not going to find many odd shaped pieces of furniture in the living room. Squared corners formed by connecting sectionals and rectangular tables are generally the norm. The same applies to furniture such as bookcases that rest against the wall. Any presence of such objects would take the “edge” off of the intended effect. That includes the rugs covering the floor. Also, greenery is not something often found decorating an Industrial style living room. There may be the potted plant resting on the floor, but adding more than a touch of nature in conceptually opposite to everything the Industrial theme represents.

The days of the Industrial Revolution have long since passed, and in most parts of the country the same holds true for the Industrial style living room. In general, it lacks the warmth and coziness of a smaller, much more comfortable living area. At one point the loft and Industrial style apartments were a good way to be chic – and affordable. The living rooms did appeal to people who had a practical use for all that space. But in an environmentally and space conscious world, the interest has waned. Recreating the look will require a substantial amount of space, time, and money. 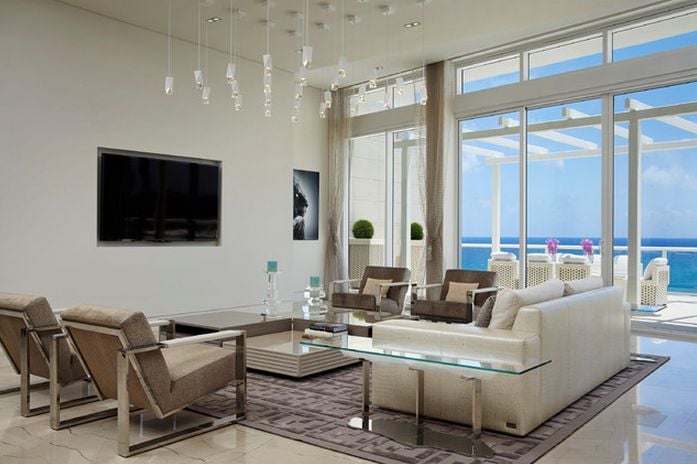 The living room is the space you love to spend quality time relaxing and entertaining, visiting with friends and family. You probably use your living room to watch your favorite TV shows, curl up to… 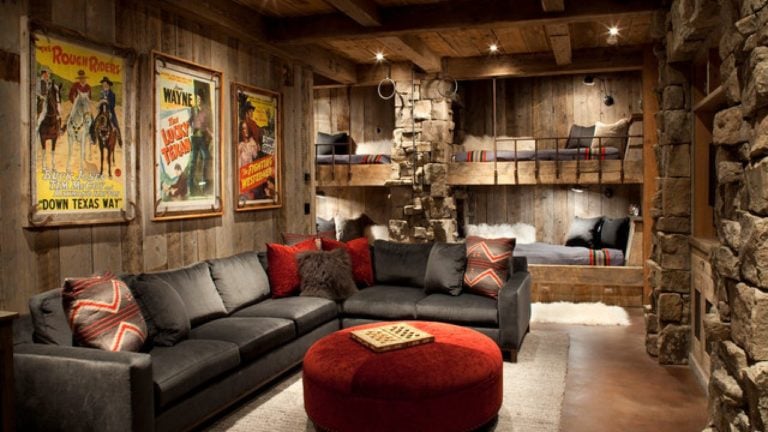 The rustic design theme for homes is one of the most popular because off the natural, relaxed lifestyle it represents. You can’t help but instantly feel at home in a rustic style home and there… 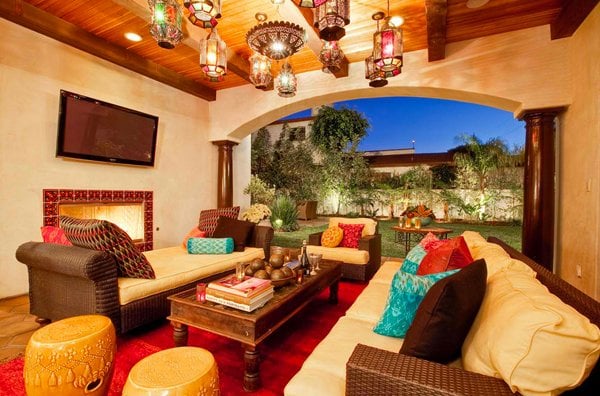 Elaine Benes hated the movie The English Patient so much that her friends abandoned her in droves. Her boss, J. Peterman, fired her from her job due to her lack of appreciation of other cultures….

The popular, 3-D structure-building game, Minecraft, took video gaming by storm when it was released in 2011, and it’s still a very popular game today. The game is available in several platforms, including Mac, Linux,… 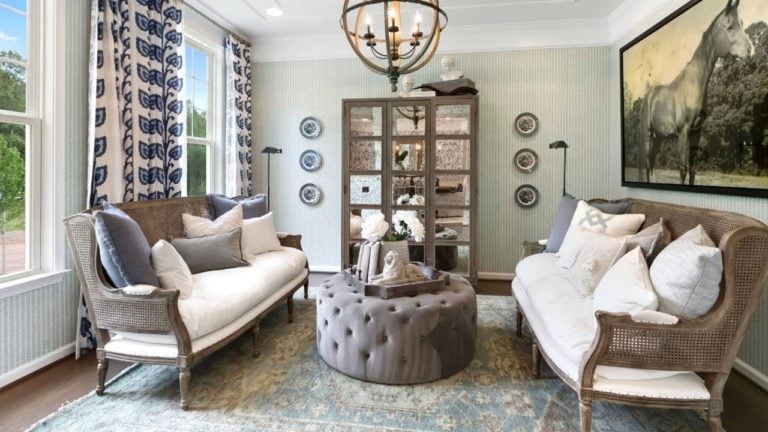 French Country design is a warm, welcoming, comfortable, yet elegant decor theme that has been around for centuries, and if you are trying to get an idea in your mind what this looks like, picture… 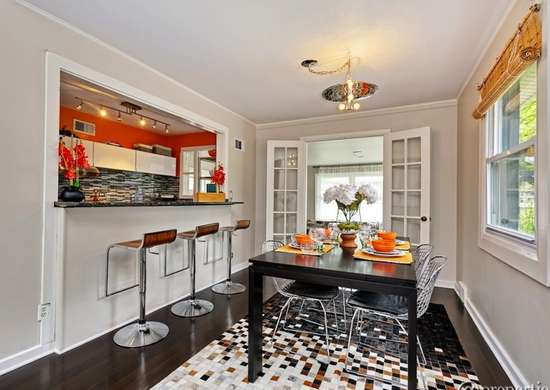 The days of separate living and dining rooms are gone – at least for a lot of us. These days, living-dining room combinations are the order of the day… but how do you pull it…