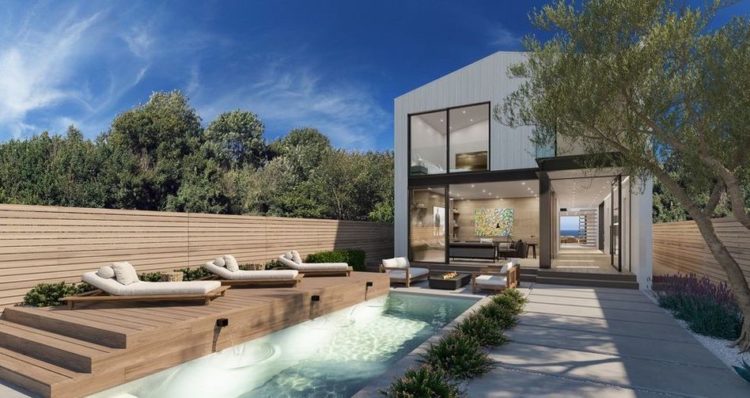 Diamond Rio said if he had only one more day to live, he would not wish for money or a mansion in Malibu, but most of us would do anything to have both. Malibu is among the top places that millionaires like to settle down in or engage in real estate deals. Owning a house there is not for everyone; hence celebrities looking to have some privacy and only brush shoulders with their kind own a piece of the beach city. Kenneth Moelis has not been left behind in the scramble for beach paradise so let’s check out billionaire Ken Moelis’s $21.5 million Malibu House and other properties he owns. It’s an Addition to One He Already Owns

Moelis must have grown fond of Malibu because this recent house only adds to the property he already owns. According to The Real Deal, Moelis and Julie, his wife, splurged on a beach house next door. They bought it in 1996 for $3.2 million and did not mind adding to their Malibu portfolio by buying their neighbor’s house for $21.5 million. This particular addition measures 4,631 square feet bringing the two houses sitting side by side to 8,600 square feet. The one bought in 1996 has three bedrooms and five bathrooms while this recent purchase comes with five bedrooms and five bathrooms. The $21.5 million home was built in 1986 in Mediterranean style, and it attracted real estate investor Gary Simons who bought it in 2017. Simons was only interested in using it to earn monthly income; hence, he rented it out for $42,000 per month before selling it. The house comes with complete overhaul renderings. If Moelis got started on the renovations, he could have a European-style kitchen, courtyard swimming pool, foldaway glass doors separating the indoors and outdoors, and an open floor plan with multiple recessed LED lights. Even if he is not interested in the overhaul, the house is equipped with all that he needs. For instance, what might have captured his interests is the large master bedroom upstairs, whose luxurious feel is completed by the private balcony that offers an unobstructed view of the ocean. It also has a flat-screen television and fireplace. The master bathroom continues with the house’s white theme on the walls and bathtub, complemented by the grey countertops. The kitchen is also mainly dark grey, as seen on the countertop, island, and cabinets. Of course, it has state-of-the-art appliances and opens up to the formal dining and family room. The dining table can accommodate eight people, and the dining chairs further imply Moelis’s fascination with white. The family room has white couches with patterned throw pillows strategically placed to break the monotony.

It also has a rustic look facilitated by the woven basket and wooden table supported by steel frames. On cold nights, the Moelis family will enjoy sitting by the fireplace and covering themselves with the shawls packed in the woven basket. The outdoors is also breathtaking. Even if the house is on a long, narrow beachfront lot, the compound still has a small swimming pool. The deck has some sunbathing chairs to soak in the sunshine, and if you prefer to sit by the swimming pool in the chilly evenings, there are enough seats and a fireplace. There is a deck for those days the Moelis family prefers sitting by the beach and even entertaining guests. Apart from sunbathing chairs, there is a dining table and informal seating too. The deck leads to the TV room, where you can spot a dark couch and table. For book lovers, there are few books by the bookshelf to take them on a literal adventure.

Moelis Has a House on “Billionaires’ Row.”

Money is not an object for a billionaire, and Moelis makes this clear with his diverse real estate portfolio. While $21.5 million is still a large sum to spend on a house, that seems like pocket change to the investment banker. In 2018, as reported by American Luxury, he bought a penthouse in Manhattan’s 520 Park Avenue for $62 million. Funny enough is that the penthouse is not much different from the beach house; the duplex has six bedrooms, 7.5 bathrooms, and measures 9,100 square feet. Like the Malibu house, Moelis’s duplex is mainly white with a few dark colors here and there. The duplex is located on “Billionaires’ Row,” and in 2019, the street was named the most exclusive worldwide. With such a reputation, it is no wonder that billionaires like Moelis and James Dyson rushed to make it their home. Since the buyers are people with deep pockets, for the five years running from 2015 to 2019, the average sales were $38.5 million of the 41 listings recorded. Still, that average was much lower than the $81.5 million obtained from sales on Mount Nicholson in Hong Kong.

If you thought you are crazy wondering what is so special about these penthouses, you would be glad to know that you are not alone. One woman from Budapest, Andi Schmied, pretended to be a Hungarian billionaire gallerist to access and view the various luxurious condos in Manhattan. According to Insider, she used her middle name, Gabrielle, to avoid real estate agents tracking down her work in China. The photographer was bent on discovering the truth about these hidden gems. Thus, she even created a fake persona that involved a fake husband, child, personal chef, and personal assistant. Despite blowing her entire budget to nail the look of a sophisticated lady, in the end, she was not impressed with her findings. Billionaires pay millions of dollars ranging from $60 million to $240 million for a piece of the Manhattan heaven; the $238 million Ken Griffin paid for a penthouse in Central Park South became the most expensive house sold in the US in 2019. Regardless, Schmied concluded that the homes have the same layouts. So, maybe even if she had the money, she would not be interested in becoming a “Billionaires’ Row” resident.