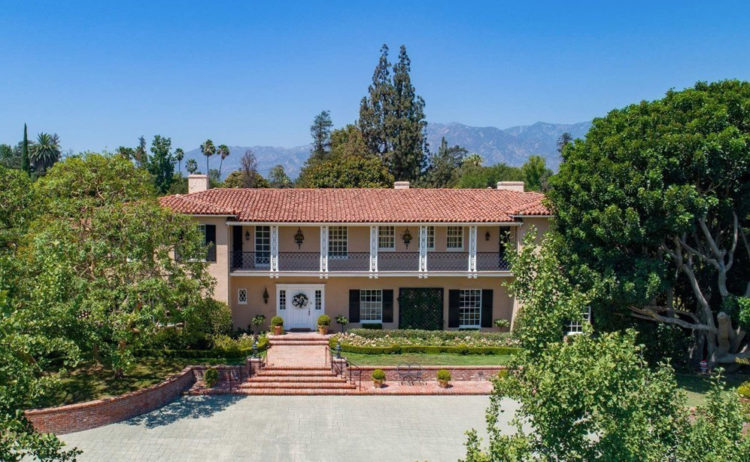 Many people who have worked at Facebook have become some of the richest people in the tech industry, with net worths of six, seven, or even eight-figure sums. One such example is Ezra Callahan, who is one of the social media platform’s early employees. After graduating from Stanford University, Ezra Callahan became one of Facebook’s first six employees. During his time at the social media company, Callahan met his wife, Marisa, who was also an employee of Facebook. When Callahan left the company in 2012, he owned a 0.8% share of Facebook. The social media platform currently has more than 2.8 billion users and a trillion-dollar market cap. Callahan’s shares now have an estimated value of $800 million. Following his departure from Facebook, Callahan co-founded Arrive Hotels & Restaurants. In early 2021, this company was acquired by PaliSociety, a boutique hotelier, says Hotel Management. The sale of his business bumped up Ezra Callahan’s bank balance even further. Ezra Callahan and his wife have now bought themselves a new home in Pasadena for $13.3 million. It is not the first property they have bought in Pasadena, so the couple is familiar with the area. They also bought another property in Pasadena in 3018 for $14 million, and they have since spent $1.8 million upgrading the residence. The Callahans also bought a 1.5-acre plot of land in La Canada Flintridge in 2015 for $3 million. Here is a look at the 1920s Mediterranean-style villa Ezra and Marisa Callahan have purchased. According to records, Ezra and Marisa Callahan have paid $13.3 million for their new home. While that is a sizeable price tag, it is significantly less than the original asking price of $15.4 million. The price was already reduced to $13.7 million in March 2021 before the much lower final sale price was agreed. The property was designed by the architect Kirtland Cutter, and it was built in1929 for the Chicago auto dealer Waldon Shaw, who is known for launching the Yellow Cab Co. Many rich and famous people have resided in the house since that time. Some of the residents have included businessman Henry Braun and former Dodgers pitcher Orel Hershiser. Most recently, J. Terrence Lanni lived in the house. He is the former chairman and CEO of MGM Mirage. Lanni is also known for owning thoroughbred horses. In 2011, Lanni died at the age of 68, and it is only now that the house has been sold from his estate. The house Callahan has purchased is a two-story residence in the style of a Mediterranean villa. It measures more than 9,000-square-feet internally and sits on a parcel of land measuring 1.7-acres. There are five bedrooms and six bathrooms in the main structure. The house is in Pasadena, a city popular with people who work in the tech industry. It is in a position that overlooks the grounds of Huntington Library and offers mountain views. Inside the Pasadena Villa

Internally, the property has been well-maintained over the years. However, Callahan may prefer to update the décor and add some modernizations to bring the house up to date, although he may want to retain some of the villa’s period features. A large foyer with hardwood floors connects the main public spaces in the house. On either side of the foyer are the formal living and dining rooms. The focal point of both rooms is a fireplace. They also both have French doors that open out to the patio at the property’s rear, so there is a connection between the indoor and outdoor spaces. Although some aspects of the house need aesthetic improvements, one room that has already undergone a significant upgrade is the gourmet kitchen. It is fitted with white cabinetry, ceiling spotlights, and high-end appliances from brands including Viking, Sub-Zero, and Miele. Alongside the kitchen are a separate butler’s pantry and a breakfast room. Other rooms on the house’s lower floor include a family room, a second pantry, a laundry room, a wood-clad library with a fireplace, and a pretty powder room with floral wallpaper. At the basement level, there is a substantial wine cellar. Four of the five bedrooms are on the house’s upper level, including the spacious and sumptuous master retreat. In addition to the bedroom, the master suite includes a separate living room the doubles as a home office and dual bathrooms and dressing rooms. The Grounds of the Pasadena Estate

A gated driveway leads to a large brick motor court with space to park multiple vehicles to the front of the house. More parking is available in the four-car garage, which is equipped with a workshop, says Dirt.com. A patio runs across the rear of the house and is accessed by French doors from the formal living and dining rooms. It is a fantastic space for alfresco dining or for entertaining friends and family. Alongside the patio, there is a bubbling water fountain. Beyond the patio, the estate’s resort-like grounds include landscaped areas, such as lawns, hedges, paved areas, and a rose garden. Throughout the garden, there are spectacular mountain views. There are brick walls flanked by mature trees separating the garden from the neighbors’ properties. There are also many leisure features within the garden. One of the highlights is the large pool with an in-built spa that is surrounded by a sundeck. Other features include a putting green and lighted tennis courts. Within the grounds, there are several additional structures. One of these is a guesthouse, which means Callahan can invite visitors to stay without them invading his family’s privacy. The guesthouse has a two-car garage, so guests can conveniently park by the guesthouse to easily unload their luggage. There is also a pool house and a caretaker’s apartment.