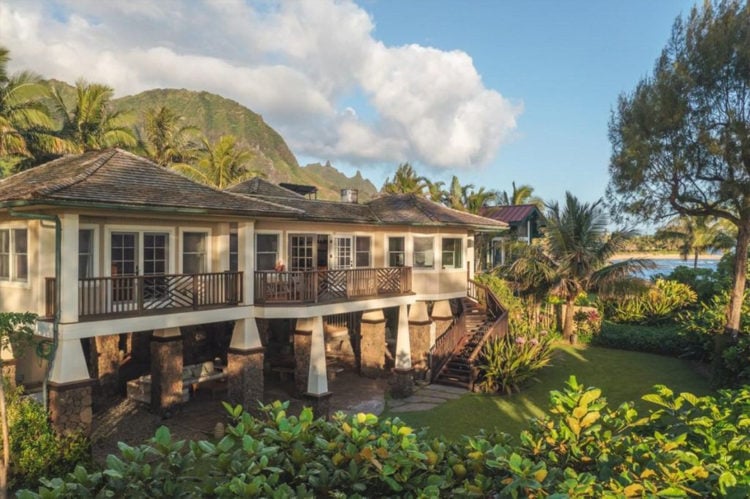 Anthony Kiedis has made his fortune as a musician and is best known for being the lead vocalist and one of the founding members of the rock band ‘Red Hot Chili Peppers.’ Since the band was formed in 1984, they released 11 studio albums, 12 compilation albums, two live albums, 11 video albums, five Eps, 48 music videos, and 61 singles. Red Hot Chili Peppers have sold more than 80 million records worldwide and have received 16 Grammy Award nominations, of which they have won six. Red Hot Chilli Peppers have also released 13 number one singles. The other members of the group are Flea, Chad Smith, and John Frusciante. In his personal life, Anthony Kiedis has had multiple relationships with high-profile women, although he has never married. From his relationship with Heather Christie, Kiedis has a son, Everly Bear, born in 2007. Like many celebrities, Kiedis’ professional and financial success has allowed him to live a life of luxury in beautiful homes. For many years, Kiedis has lived in a substantial pad in Point Dume, Malibu. The 4,000-square-foot property sits on a plot of almost two acres. Kiedis had the house custom-designed after buying two neighboring plots, the first in 2005 and the second in 2008. The rock star paid a total of $9.35 million for both pieces of land. However, his Malibu home is not the only property that Kiedis has had built, as he also has a second home in Hawaii, which he has now put on the market for just under $10 million. Here is a look at Kuedis’ Hawaii hideaway. It was a long road for Kiedis, from buying the land to having his dream home built. The land is the site of an ancient burial ground, and Kiedis faced years of wrangling with government agencies and experienced opposition from the locals who did not want homes built on the site. Interestingly, Sylvester Stallone owned the neighboring plot of land and sold it to businessman Joe Bresica in 2000 for $960,000. Bresica then faced the same battle as Kiedis to build on the plot. He went on to sell the resulting property in 2016 for $4.85 million. Like Bresica, Kiedis was eventually granted the necessary permission to build a property on the land, which is in a beachfront position in Kauai’s North Shore. On the plot, the singer constructed a single-story villa with three bedrooms and 3.5 bathrooms. Kiedis’ Polynesian getaway measure almost 3,000-square-feet and sits on a plot of just under three acres. It is ideally positioned to benefit from sweeping views of the Pacific Ocean, and it is in a spot that is popular with celebrities. Some others who live in or who have previously lived in the area include Ben Stiller, Chuck Norris, Pierce Brosnan, Bette Midler, and Glenn Frey. Kiedis is now selling the beachfront property for just under $10 million. Inside the Luxurious Residence

The great room features dark wood flooring and paneled walls and ceilings that are painted white. Sliding glass doors lead out to an elevated balcony, from where there are unobstructed views across the ocean. The room is divided into clearly defined zones, with a large space for lounging and relaxing. Set into the alcove of a bay window is the dining area. Leading directly from the living and dining areas is the modern kitchen, which is separated from the other sections of the great room by a large island. The island has wooden units topped with a gray countertop and features an in-built oven and hob that allows the homeowner to prepare food while feeling involved with the conversation when guests are sitting in the living or dining areas. To the other side of the island are stools for casual dining. Beyond the island, the kitchen units wrap around two walls and share the same wooden cabinetry and gray countertops as the island. The kitchen is equipped with top-of-the-range equipment and appliances, and there is a window looking out to the gardens at the side of the property. Another area for relaxing on the ground floor is the den, which also has the potential for use as a third guest bedroom. The other two guest bedrooms are currently kitted out with children’s bunk beds, and each has a private bathroom. At the opposite end of the house, the master bedroom is spacious and light and features custom built-ins and a private lanai. There is also a private bathroom with a steam shower. The Grounds of Kiedis’ Second Home

While it may unnerve some potential buyers to know that the grounds are an ancient burial site, this is not apparent on looking at the beautifully landscaped gardens. The property is set back from the road down a long, gated driveway and is hidden from view by lush tropical jungle. The house was designed in such a way that it is protected from storm tides, so it sits on lava columns, says Dirt.com. While this is a practical design feature, it also means there is a fantastic space below the house between the columns for lounging, dining, and entertaining areas in the shade. Surrounding the property, there are lush tropical gardens, including mature palm trees, shrubbery, fruit trees, and a lawned area to the property’s rear. Additional outdoor space is available on the verandas that surround the property. However, the best feature of the grounds is the proximity to the beach and ocean, which is potentially what inspired Anthony Kiedis to purchase the plot in the first place. The house and grounds sit next to the beach at North Shore, so there is direct access from the gardens to the beach. It means that the new homeowner can take leisurely walks along the beach, enjoy the ocean views, and take a dip in the clear blue waters. The area is also a popular spot for surfing.