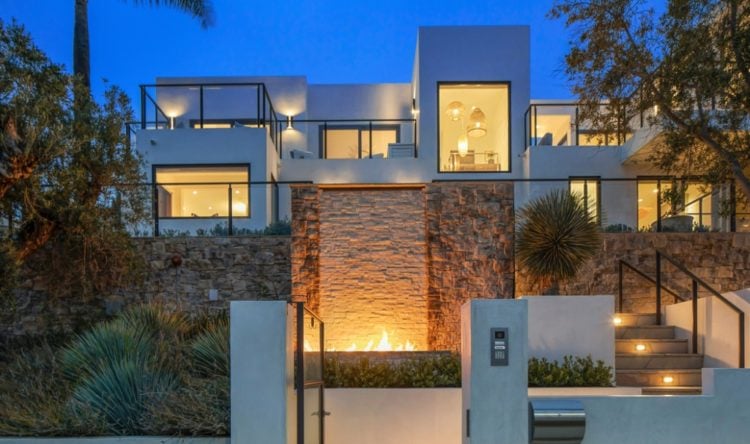 NBA star Thomas Bryant may not have as much time on the court as some of the other great basketball players, but that doesn’t mean that he hasn’t already managed to sign a lucrative deal with a big payday. He recently spent part of that money on a mansion based in Los Angeles that was originally built in 1966. Paying $4.8 million for the house, it’s clear that he has definitely arrived. A Place To Call Home

It surprised some when it was announced that Bryant had purchased the property, considering the fact that he just purchased another home in Los Angeles only a year ago. He ended up selling that home for more than he paid for this one. In fact, he made approximately $450,000 off of the deal. He also got the house of his dreams. This house is over 4,000 square feet and has four bedrooms and four bathrooms. Practically everything in it is custom-made. From the windows to the gourmet kitchen, there is nothing even remotely common about the home. Literally everything about it was custom designed and much of the interior was imported. For instance, there is European teak wood in the house that is more than 100 years old, further adding to the old-world charm of the home itself. The house also incorporates a full gym and a movie theater that easily rivals anything you might find anywhere else in the country. Imagine what it would be like to be able to go see your favorite film and get a full workout, all in the same day, without ever having to leave the comfort of your home. In this house, you can do all of that and more. It’s possible to enjoy both of those activities and then enjoy practically any meal that you could possibly imagine, all of it cooked right in your own gourmet kitchen. It’s no wonder that Bryant chose to purchase this home, even though he now plays for the Washington Wizards. He may not be able to stay in it all year long, but when he’s not right in the middle of basketball season, you can bet that this is where you will find him. The Home Of His Dreams

The home that Bryant had previously lived in was also located in Los Angeles, as previously mentioned. That home was in the Woodland Hills addition while his current home is located in the Mount Olympus section of Los Angeles. As it turns out, the home that he just finished selling in Woodland Hills was also previously owned by an NBA player, Jordan Clarkson. The home was actually larger than the one he just bought, approximately 1,200 square feet larger. Despite that fact, he says that his current home is the one that he has always dreamed of. There certainly wasn’t anything wrong with the last home, but this one offers a more refined European-style while his previous home was built in the Cape Cod style. When you couple the exterior styling of the Mount Olympus home with all of the imported goods used to decorate the interior, it’s easy to understand why this home is far more appealing. Bryant’s previous home was practically brand new, built in 2018. As previously discussed, the home he is currently living in at Mount Olympus was built in the 1960s, 1966 to be exact. As far as he is concerned, that fact alone gives the house a lot more character than one that was only built a year or two ago. Some people prefer to be in homes that are brand new and others prefer to be in something that has been around for a few years. He seems to fall into the latter category. However, that doesn’t mean that the house doesn’t feel brand new, as far as certain aspects are concerned. For example, it features all the latest in Smart Home Technology. Virtually everything can be set with the touch of a single tap on Bryant’s smartphone. In fact, he can do everything from lock his doors to turn on lights, and even play some soft music, all without ever being physically present on the property. Of course, the climate control system is also integrated into the Smart Home Technology as well. So is a comprehensive security system. The house also includes an elevator that can comfortably transport you between it’s three stories with ease. Last but certainly not least, the house is fully encompassed by an automatic gate system that basically shuts it off from public view. Obviously, this is something that is very important for someone that has achieved a certain degree of fame in their life, such as an NBA player. Unfortunately, we live in a world where anyone that has achieved a degree of celebrity is constantly besieged, not only by paparazzi, but by fans who don’t know where to draw the line. As a result, most celebrities have taken to living in homes that have a massive amount of security in order to protect themselves and the people they love. This home is secured so that Bryant can live comfortably, both inside the home and out in the courtyard, without feeling the need to constantly look over his shoulder. It’s highly doubtful that Bryant will be selling this home anytime soon. He may have only lived in his previous residence for about a year, but this house is much different. He’s already put a great deal of work into it, having it redesigned from the studs up. In his last home, the only thing he did was repaint the bedroom where he routinely slept. By all indications, it seems that this is a house he plans to call home for a number of years. Who knows, he may even end up retiring to live in it full time someday.