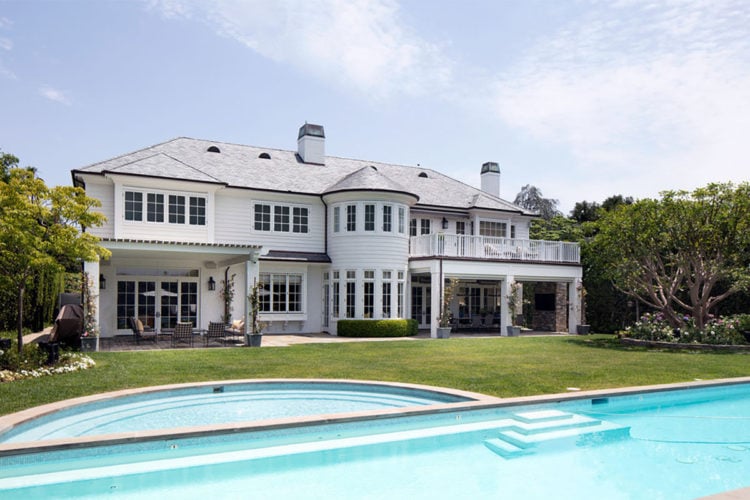 LeBron James is a professional basketball player who currently plays for the Los Angeles Lakers of the National Basketball Association. He began his professional career in the sport in 2003 and originally played for the Cleveland Cavaliers. Between 2010 and 2014, he spent four years playing for Miami Heat before returning to Cleveland Cavaliers. James began playing for his current team in 2018. He has also been involved in many other projects, including endorsing brands, appearing in commercials, having a small role in the 2015 film’ Trainwreck,’ and appearing on television in various capacities. In his personal life, LeBron James has been married to his high school sweetheart Savannah Bronson since 2013. Prior to their marriage, the couple had two children together, Bronny and Bryce. A year after their wedding, the couple had a third child, Zhuri. Due to his career’s success, Radio.com says that LeBron James’ net worth is now $500 million. Although he has plenty of cash in the bank, it is unlikely that James wants to lose any money. Unfortunately, that is about to happen, as he has listed his California estate for a loss. 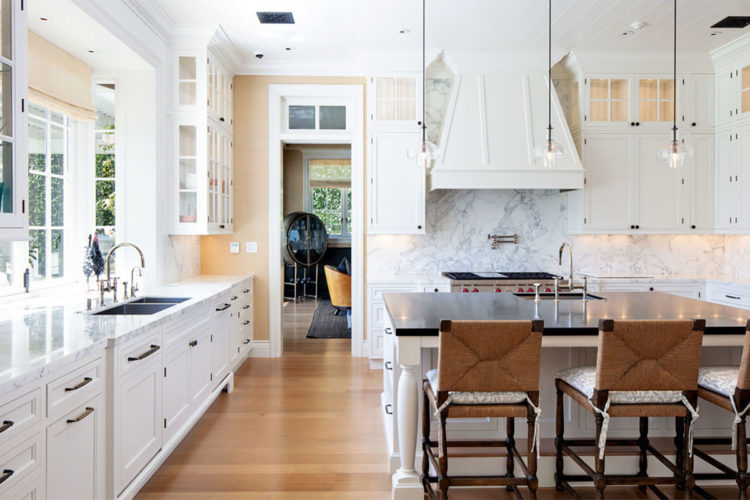 While he was with Miami Heat, LeBron James splashed out $9 million for a three-story mansion in Coconut grove that overlooked Biscayne Bay. When he moved to Los Angeles Lakers, he sold the Coconut Grove property and bought a new home in Los Angeles. James paid $21 million for the Brentwood Park estate back in October 2015. It is a 9,440-square-foot property that was built in 2011 and sits on a plot of 0.56-acres. The three-story mansion boasts six bedrooms and six bathrooms. The mansion sits along prestigious Rockingham Drive in the elite Brentwood Park neighborhood of Los Angeles, which is an area popular with the rich and famous. However, James has now decided to sell the mansion and has listed it for $20.5 million. The price tag is $500,000 below what he originally paid for the pad in 2015, so he is selling at a loss. 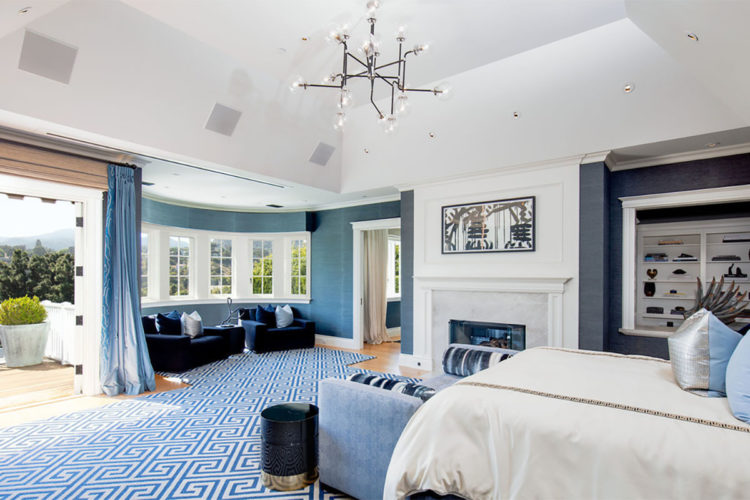 On stepping inside James’ home, the foyer sets the tone for the rest of the property’s grandeur. It is a double-height room in neutral tones, with a curved staircase leading up to the property’s second floor. In the space next to the staircase, the is a contemporary chandelier. There are various living areas on the mansion’s lower floor, and each of them is generously proportioned. The formal living room features vintage wallpaper, while the family room has fuchsia accent chairs. There are two sets of sliding doors that lead out to the terrace in the rear garden from the family room. Both rooms also have masonry fireplaces. The formal dining room combines modernity with tradition. It has wooden floors topped with a contemporary rug, neutral walls, patterned curtains, and a modern light fitting funky-looking light fitting hanging above the eight-seater dining suite. The large room is flooded with light, thanks to the double glass doors that lead out to the garden. 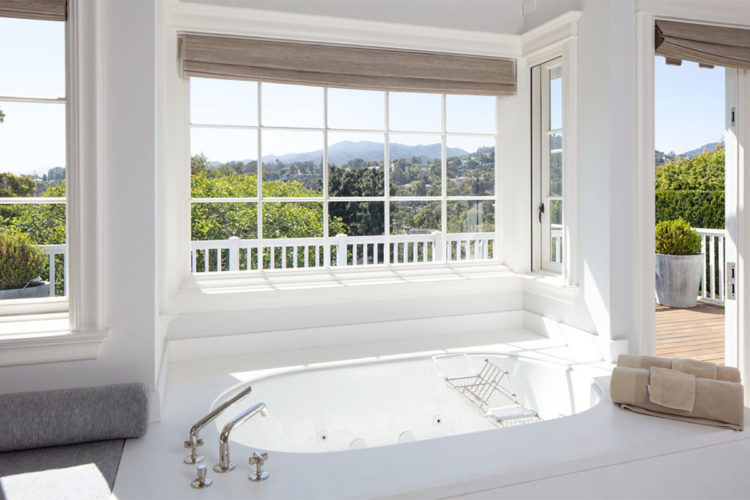 In the kitchen, there is a light and bright theme, as it is fitted with bright white Shaker-style cabinets and marble countertops. The pale wooden flooring adds to the sense of light in the room. There is a breakfast room with a circular table snuggled into a semi-circular window alcove with bench seating just off the kitchen. Another room on the ground floor is a home office, which boasts wooden paneling. Next to the office is a second family room, which has a flatscreen television, a portable bar, and sliding glass doors leading to the patio. There is also a gym, a mudroom, and an elevator. Upstairs, there is a further family room on the large landing, which is set up with settees and a flatscreen television. There is some unusual artwork handing in this room, which adds a pop of color against the neutral color scheme. Although there are six bedrooms at James’ property, it is the master suite that is the most impressive. From the master suite, there are stunning views of the surrounding hills. The master suite is large enough to have its own sitting room with a fireplace and an ensuite bathroom that leads to a private decked balcony. 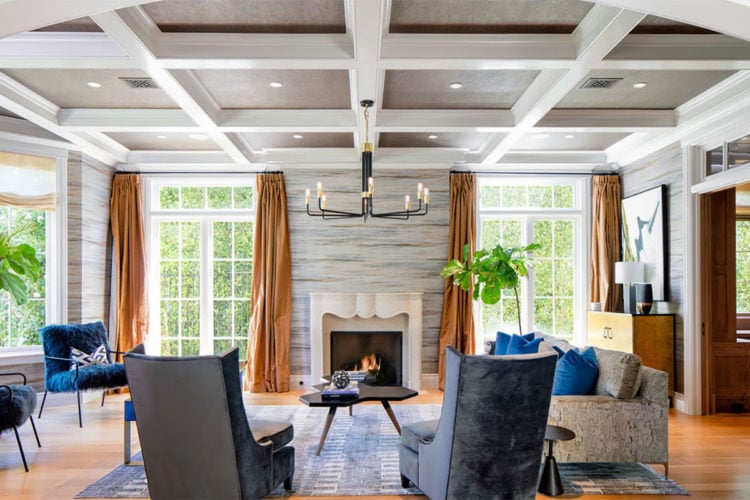 The Grounds of the Impressive Estate

The gated property has a driveway leading to the front of the house and to the large attached garage that can accommodate three cars. To the front, there are lawns, mature trees, and hedges. There is also a freestanding basketball hoop in front of the garage. From the outside, the property has a traditional look. The walls are whitewashed, and these contrast with the black shuttered windows, says Dirt.com. James’ house sits on a plot that measures more than half an acre. From its elevated position, there are views from the gardens over the surrounding area. A large expanse of the back garden is laid to lawn, and it is lined on either side by high hedges and mature trees for privacy from the neighbors. 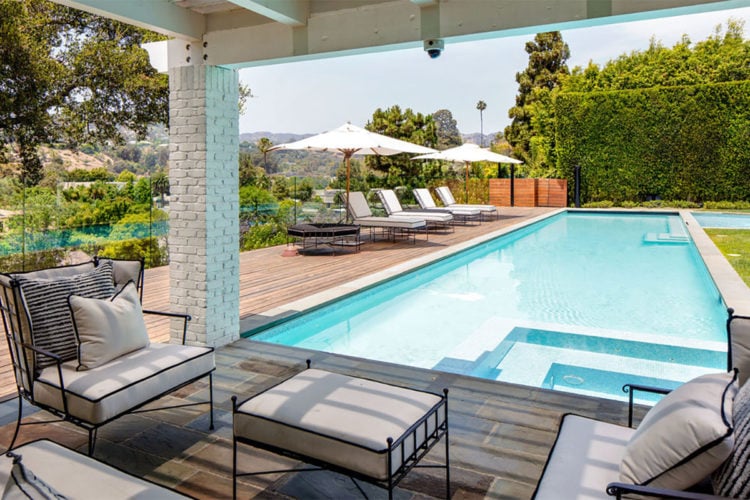 Immediately behind the property is a stoned terrace area that is accessed from the house’s main living area. The terrace is laid out with tables and chairs, so the homeowner can sit out in the sun or enjoy alfresco dining. At the far end of the garden is a large swimming pool that runs the garden’s full width, and it is arguably the exterior of the property’s best feature, as there. Its position at the end of the garden means that the homeowner can enjoy the views while they are in the pool. The pool has an inset spa area with a semi-circular Baja shelf. Running alongside the pool is a wooden decking area with sun loungers, and there is a cabana at one end of the pool.

What is the Difference Between Holy Basil and Basil?

How to Calculate the Amount of Mortar You Need

What is Acid Core Soldering and What is it Used For?