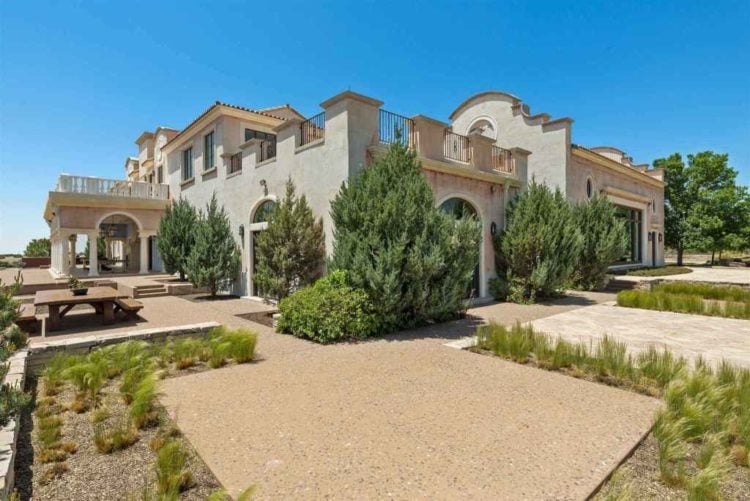 When Jeffrey Epstein passed away in his cell due to what appeared to be a suicide, federal agents were quick to raid his properties in New York City, Virgin Islands, West Palm Beach, and France. However, they left out one property, Jeffrey Epstein’s New Mexico ranch selling for $27.5 million. The ranch spanning over 7,500 acres has been listed after the New Mexico Land Commission terminated contracts that made accessing state land through Epstein’s private land impossible. As we wait to see who the new owner will be, let’s enlighten you with details of the Zorro Ranch. Epstein Buys and Develops the Land

According to New Republic, February 22, 1993, was a day when Epstein added a few more properties to his name through his shell company, Zorro Trust. On that day, he not only got agricultural land leased from the New Mexico State Land Office, the late convicted sexual offender also purchased land from former Governor Gary King. As revealed by the article, the transaction also included rights to the leases of public lands totaling 1,159 cares which Epstein rented for $872.22 annually. Despite owning massive riches, Epstein was not keen on paying the grazing fees, so by November 1993, the grazing land had accumulated $889.50 exclusive of a 2% interest fee. The property tax for the ranch has since increased to $112,000 per year. Epstein developed the land, and some of the developments included an airstrip. At first, he wanted to construct on the state land but changed his mind when state officials requested to inspect it. Instead, Epstein chose to build it on his private land. He also constructed a railroad track purposely for parking an antique Santa Fe Railroad caboose. On the ranch sits a mansion estimated to provide 30,000 square feet of living space. According to Dirt, the four-bedroom main house has three floors, a gourmet kitchen, library and living room, as well as an indoor pool, spa, and gym. There is also a one-bedroom caretaker’s house and a two-bedroom guest house with a two-car garage, tennis court, and two bathrooms. Other amenities you will find are a private firehouse, heated garage, barn for heavy equipment, greenhouse, helipad, hangar, and additional homes. Saying that Epstein had more than he would ever need is an understatement. Then again, for a man who hoped to be responsible for extending the human race by impregnating women on his ranch, the facilities could come in handy if he planned to take care of the children he sired. Although part of the ranch sits on state land, the New Mexico state officials said that they hardly knew what went on Zorro ranch. According to them, Epstein was so secretive, and they did not have access even to the public portions. Scheduling a visit was impossible for Stephanie Garcia Richard of the New Mexico Land Commission; her requests to schedule a visit were ignored, so she went unannounced. Privacy is made possible by the surveillance cameras on nearly every corner, fencing, secured gates, and employees who act as if they have been sworn to secrecy. They constantly avoid visitors, and when asked anything, they remain quiet. Besides the private ranch being so tightly secured, it surrounds the public land making it landlocked, and passing through it requires permission from the private landowner. As per the land-lease agreement obtained by Epstein in 1993, state officials are allowed to access the public land, but the landowner made it a challenge. Richard, however, said occasional visits to the land should have been an easy process, but with Zorro Ranch, it never was. Instead of the state controlling the terms of the visits, Zorro Ranch did and expected advanced notice. Furthermore, the state officials would be tightly monitored and escorted until they left the property. Such hindrances led Richard to believe that there was indeed a veil of secrecy. Allegation Against Him Will Not Affect Market Value of Property

Richard wondered why Epstein still got to have the contracts. The land leases were renewed on October 1, 2016, set to expire on September 20, 2021. She tried her best to ensure the leases would be discarded legally, so she gave investigators more than 400 pages of property records belonging to Epstein. Luckily, the allegations against him were enough to have the state’s Attorney General conclude that since the sex trafficking occurred in Zorro Ranch, they had enough reason to rip the leases in half and take back the public land. Consequently, the state seized state land spanning 1,200 acres, leased by Zorro Ranch. When Epstein purchased the land, it was worth $12 million. Despite the sexual abuse allegations against him, the land connected to him has not depreciated. According to The New Mexican, local real estate experts opine that even though Epstein faced highly-publicized accusations, they will not affect what the mansion and ranch will fetch on the market. One Santa Fe realtor said that the $27.5-million valuation is right. However, that does not mean it will sell immediately; the realtor explained that it could take as long as five years, like Tom Ford’s Ranch that had been priced at $48 million. Matt Desmond and the Neil Lyon Group listed the property, and the proceeds will go toward compensating claimants, creditors and paying taxes. In June 2020, the Epstein Victims’ Compensation Program was created to cater to his victims since he left his estate worth more than $577 million to a private trust. Therefore, his estate has been selling late Epstein’s assets, and so far, at least $140 million has been collected. In February 2021, payouts to victims had paused due to a lack of cash after paying out over $50 million. According to Miami Herald, the fund’s director promised it would not run out of money again, so the sale of the Zorro Ranch could be one way to ensure it doesn’t.