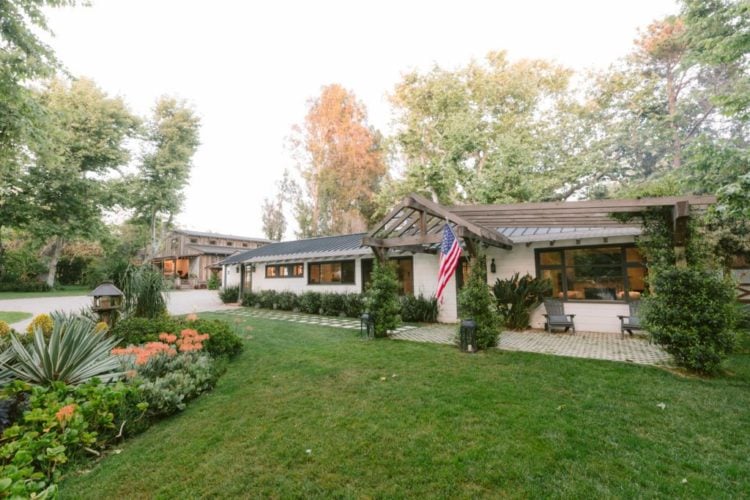 Reese Witherspoon is an actress, producer, and entrepreneur who was born in Louisiana on March 22, 1976, although she was raised in Nashville, Tennessee. She is known for her work in both television and film, and she has several successful business ventures. Her professional success has allowed Witherspoon to buy many luxurious properties in locations around the United States. Witherspoon began her acting career in 1991 when she landed the lead role in ‘The Man in the Moon,’ for which she received critical acclaim. However, it was not until she starred in the 2001 film ‘Legally Blonde’ that Reece Witherspoon (https://en.wikipedia.org/wiki/Reese_Witherspoon) gained international recognition. Some of the other films in which Witherspoon had leading roles include ‘Legally Blonde 2: Red, White & Blonde,’ ‘Vanity Fair,’ ‘Walk the Line,’ ‘Four Christmases,’ ‘Wild,’ and ‘Home Again.’ She has also provided voices for several animated films.

In her personal life, Reese Witherspoon was married to actor Ryan Phillipe from 1999 to 2006. They have two children together; a daughter, Ava Elizabeth, and a son, Deacon Reese. Witherspoon then married talent agent Jim Toth in 2011. Their son, Tennessee James, was born the following year. According to The List, Reese Witherspoon’s net worth is estimated at $240 million. One way that she spends her fortune is buying properties for herself and her family. One of her properties was a stunning hobby farm in Malibu that she recently sold for $6.7 million. 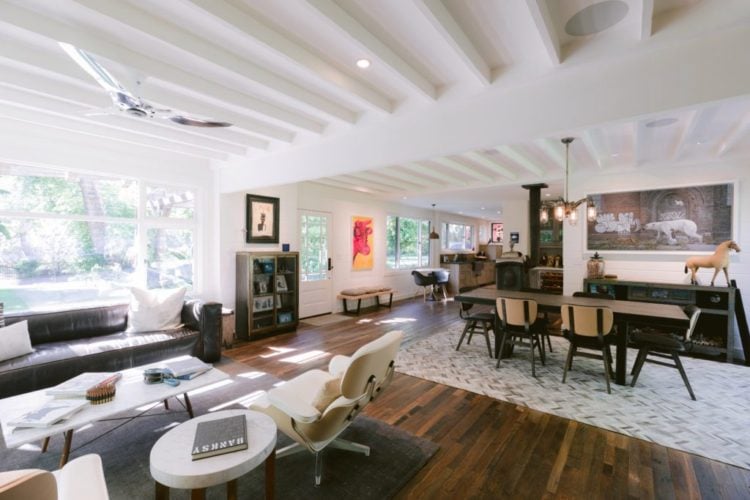 An Overview of the Hobby Farm in Malibu

Reese Witherspoon and her husband Jim Toth bought the Malibu hobby farm as a vacation home for $6.2 million in 2019. They have now sold the property for $6.7 million in an off-market deal. The buyer is Meg Haney, a Malibu resident who is the heiress daughter of real estate billionaire Franklin Haney. The three-bedroom property, which is set in two acres of land, was built as a humble mid-century ranch in 1950. It was later bought by a couple who transformed the property to use it as a wedding venue. 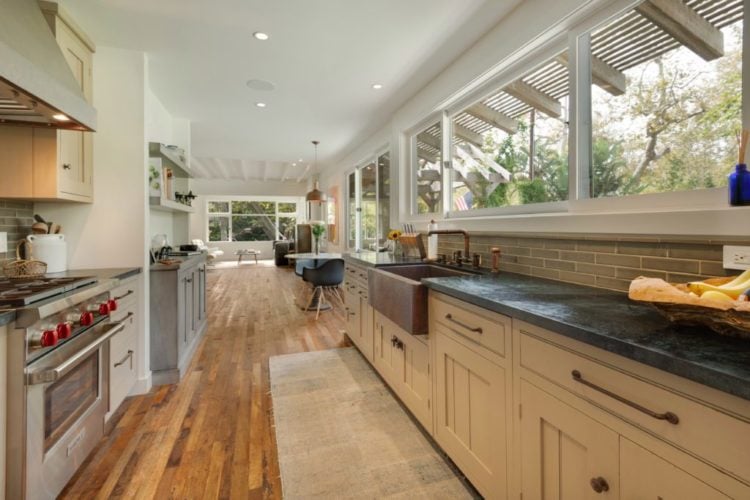 Throughout the interior of the Malibu property, the rooms are decorated and dressed in a boho-chic style. Other features that run through the property are white walls and hardwood floors. In the main living space, there is an open-plan layout, with a seating area and a dining room in the same space. The room has dual aspect windows and double doors leading out to a patio area. In the sitting room area, the furniture is arranged in front of large windows to make the most of the garden views, and one wall boasts a flat-screen television. The dining area is defined by a large rug, on which sits the dining table and chairs. Again, the furniture is arranged to make the most of the garden views. A chandelier hangs above the table from the white-painted beamed ceiling.

Leading from the dining room is a kitchen. Although the kitchen has the same boho-chic style with vintage touches as the rest of the property, it also boasts state-of-the-art appliances suitable for modern life. There are cream and gray cabinetry and black work surfaces. The kitchen has large windows overlooking the gardens. In the area between the dining room and the kitchen, there is a small table for informal dining and a bench where people can sit and chat with the homeowner while they are preparing a meal. 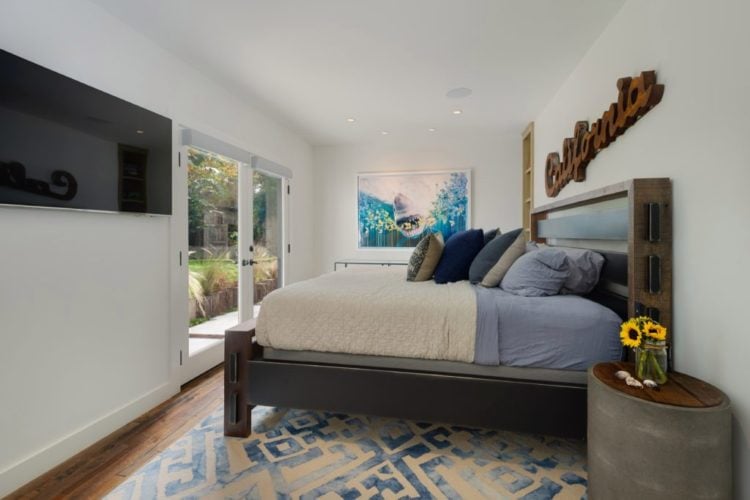 There are three bedrooms in this property, all of which are a good size and contain vintage features. The master suite has a large bed that faces the glass door that leads out onto a paved area of the garden. It has a gorgeous ensuite with a vintage-style freestanding bathtub that sits in front of a window. The bathroom also has vintage wooden drawers, a double ceramic sink, wooden flooring, and an antique mirror. An unusual feature of the house is the home theatre. It is a large room with a huge screen on one wall. The family can watch a movie in comfort, as there is a large settee with an extending seat so that they can sit or lie in front of the screen. 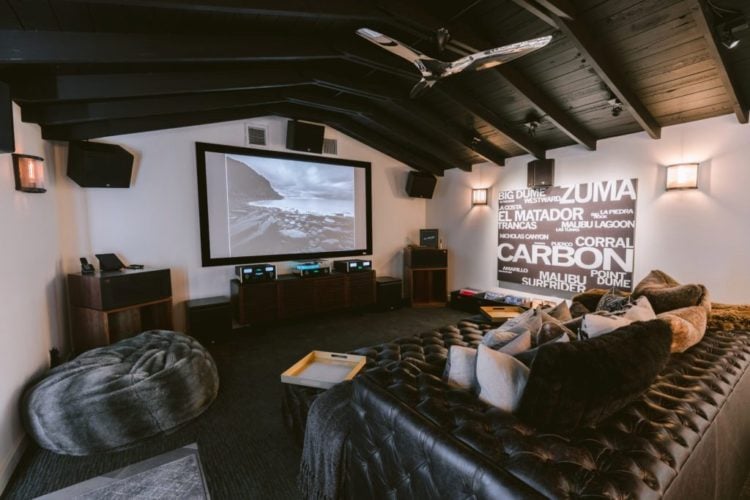 The Grounds of the Beautiful House

Reese Witherspoon’s former vacation property sits in two acres of stunning grounds, says Dirt.com. A long driveway lined with trees and shrubs leads to the double-gates at the front of the single-story property. There are vast lawns, grassy fields, and mature trees. The lush grounds also include vegetable gardens and orchards filled with fruit trees. An interesting feature of the gardens is the bocce court. It is the ideal property for horse lovers, as there are high-end equestrian facilities and stables within the grounds. A riding ring offers the homeowner and their family the perfect space to exercise their horses while enjoying the beautiful grounds and surroundings. 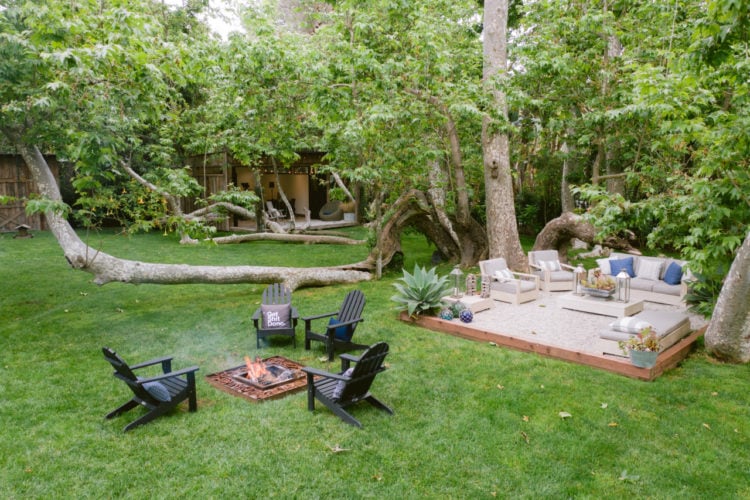 The new owner can enjoy entertaining and relaxing in the gardens, as there are multiple patio areas around the property. These provide the perfect places for alfresco dining or sitting with friends admiring the lush landscape. There are also additional structures within the grounds. The first of these is a barn-style guesthouse, which has its own kitchen. It is fully-equipped for guests to stay and cater to their own needs, giving both guests and the homeowner their own space. The other two structures on the grounds are a screening room and an art studio. 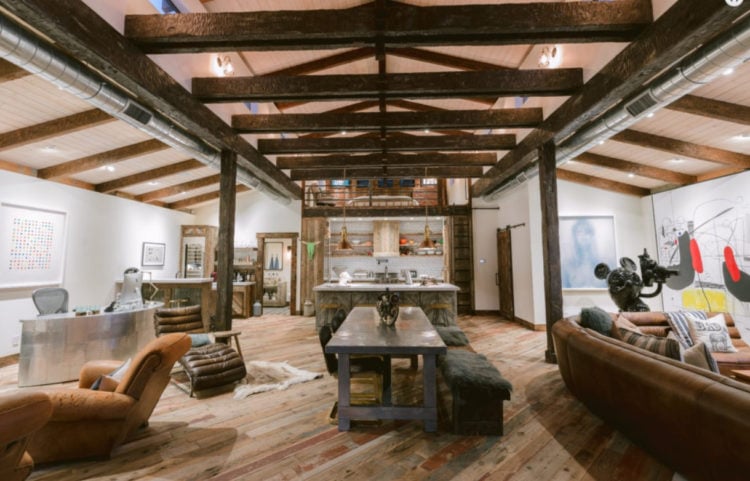 Although Reese Witherspoon has now sold her Malibu home, she has many other properties in other locations. She has a multi-million-dollar house in an oceanfront position in the Bahamas, which is part of a members-only gated community. Witherspoon also has several properties in Nashville, her hometown. Currently, some of the Nashville properties are occupied by her family members. Last year, she sold her Pacific Palisades mansion for a staggering $17 million. 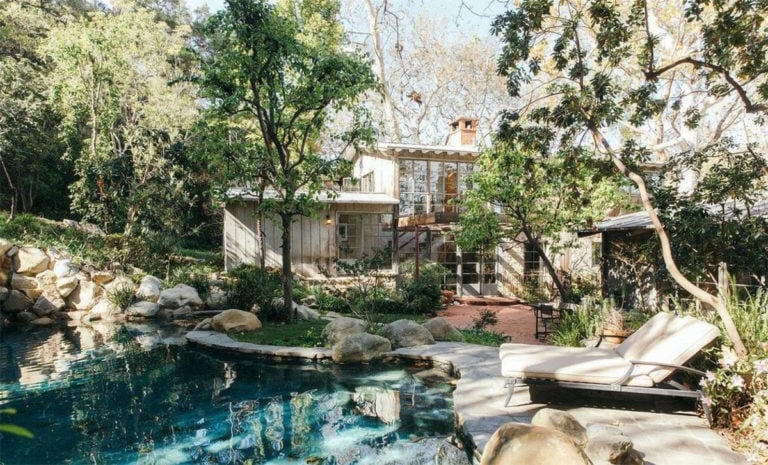 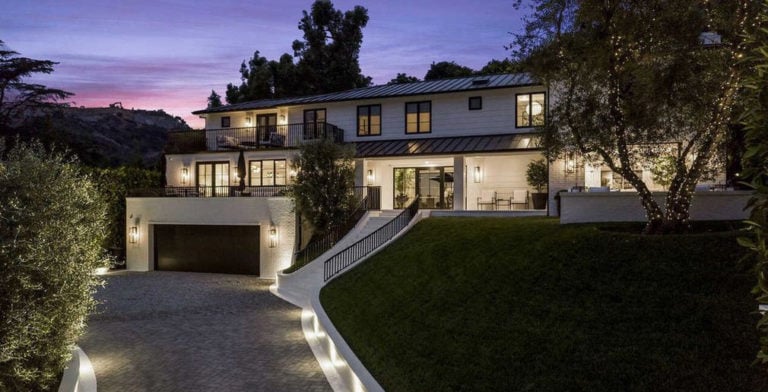 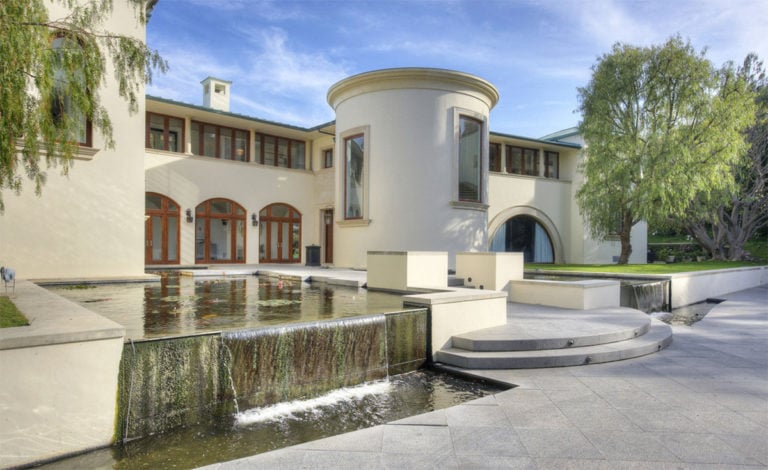 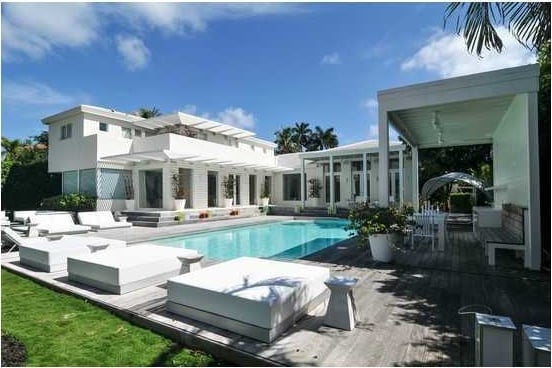