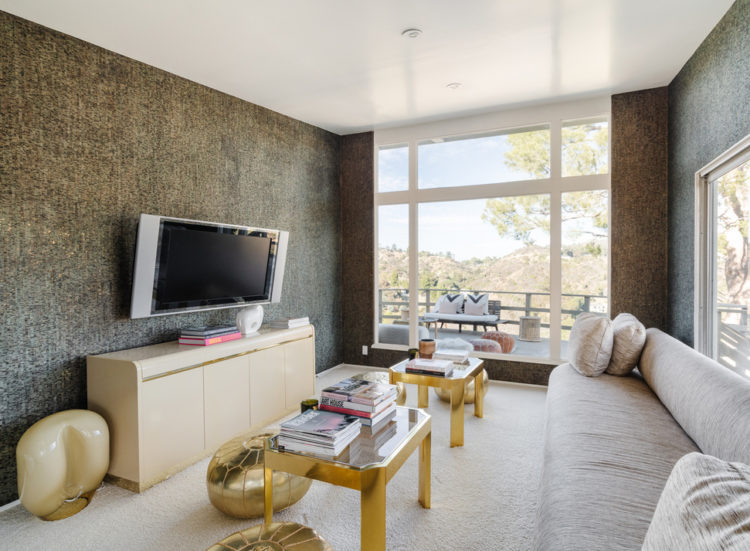 Rami Malek is an actor who began his career in 2004 and is known for both his television and film work. The television role for which he is best known is playing computer hacker Elliot Alderson in ‘Mr. Robot’ from 2015 to 2019, for which he won a Primetime Emmy Award for Outstanding Lead Actor in a Drama Series. Malek’s best-known film role was portraying Freddie Mercury in the 2018 biopic ‘Bohemian Rhapsody.’ . He won multiple awards for his performance in this film, including a British Academy Film Award, a Screen Actors Guild Award, a Golden Globe Award, and an Academy Award. Malek is also set to play the villain in the upcoming Bond movie, ‘No Time to Die.’ In his personal life, Rami Malek is in a relationship with Lucy Boynton. The actress was his co-star in ‘Bohemian Rhapsody. Although he claimed he wanted to buy a home in London, the star has been living with his twin brother in a modest Laurel Canyon home. Now, he has paid $2.1 million for a house just across the street from where he currently lives. Since 2009, Malek and his identical twin brother have lived in a Laurel Canyon bungalow together. The cottage they shared measured 1,639-square-feet and had three bedrooms and two bathrooms. Malek’s decision to purchase his own property across the street will not give him much more room, as it measures 1,800-square-feet and boasts only two bedrooms and two bathrooms. The mid-century modern villa that he has paid $2.1 million for was built in 1960, and it is in the Laurel Canyon neighborhood of Hollywood Hills, Los Angeles. Although small, the property has many interesting and appealing features. The villa is set on a secluded hillside street, and the property’s elevated position means there are both canyon and city views. Inside Malek’s new home, the living space is divided into two sections. There is the main living room to one end, and a den/ media room at the other. The main living area is a spacious and airy room, which is decorated in a contemporary style in shades of white and light gray. There are sliding glass doors that lead to a small deck and a wooden staircase that leads down to the garden. In contrast, the den/ media room has dramatic-looking dark gray walls. It also has a wall-mounted television, a storage cupboard, a large settee, and two coffee tables. Both sections of the living area have large windows that fill the rooms with light. There is a long and narrow open-plan kitchen-dining room. The kitchen end of the room is accessed via sliding Shoji screens from the living room. While some people may find the screens outdated, others may consider them an interesting feature of the property. The kitchen also has sliding glass doors leading to the backyard. Even more light floods into the kitchen via a skylight, and this adds to the airy feel of the room. The kitchen has white walls, white cabinetry, pale gray countertops, and a double gas range. Windows from the kitchen overlook the canyon. There is a wide window above the sink area. At the other end of the kitchen is an informal dining area. It has white walls, white floors, dual aspect windows, and bright artwork on the walls. There is a circular dining table with eight metal and orange leather chairs. While dining at the table, Malek can enjoy views through the sliding doors on one side and then admire different scenery through the large window at the end of the kitchen-dining room. The mid-century villa has two bedrooms and two bathrooms. Like most of the property, the bedrooms have white walls. The master bedroom is a decent size, and it has sliding glass doors leading to a private deck, which has wooden flooring and glass walls that will allow Malek to enjoy uninterrupted views over the canyon. Although the house is single-level, the deck sits above the backyard as the house is elevated on the hillside. The Grounds of the Laurel Canyon Property

According to Dirt.com, the property is set down a long driveway beyond electronic gates. At the end of the driveway, there is a two-car garage. Both the driveway and the garage offer secure off-street parking. However, most of the 0.44-acre plot is to the rear of the property. The rear garden is fenced and features several mature trees and shrubs. Although the garden is relatively small, there is enough space for an outdoor swimming pool that is surrounded by a narrow lawn. To the side of the house, there is a further lawn with a stone-paved pathway. Further outdoor space is available on the master suite’s balcony. Within the grounds, there is also a pool house, which is possible to use in various ways. It has the potential to act as a guest bedroom, an artist’s studio, or even a gym. The pool house has sliding glass doors and a white wood-beamed ceiling.