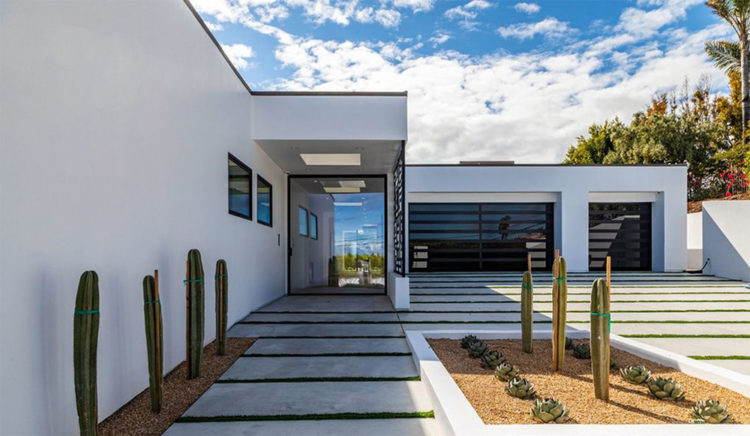 Kathy Griffin is a comedian and actress who was born in Illinois in 1960. She started her career as a stand-up comedian in 1980. She is now best known for her reality series ‘Kathy Griffin: My Life on the D-List,’ for which she has won Primetime Emmy Awards. Gameshow fans may also know her from ‘Hollywood Squares.’ Griffin has also appeared in many television series, and either had small roles or provided voices for films. She held the Guinness World Record for the most aired television specials on any network, she has recorded six comedy albums, and she was the first television comedian to have four specials aired in the same year. In her personal life, Kathy Griffin has been married twice. Her first husband was Matt Moline, and they were married from 2001 to 2006. She then had relationships with Apple co-founder Steve Wozniak, actor Levi Johnston, and former NFL player Isaiah Mustafa. She married marketing executive Randy Bick in 2020. Due to the success of her career, Celebrity Net Worth says that Kathy Griffin’s net worth is $30 million, and this has allowed the comedian and actress to take her pick of luxurious properties. Despite having a bank account that allows her to spend huge sums on a property, Griffin recently decided it was time to downsize. She chose to sell her vast estate in Bel Air for $14 million and to buy a smaller property in Malibu for $8.8 million. In 2016, Kathy Griffin bought an extensive property in Bel Air for $10 million. The contemporary property was in the style of an Italianate villa. She sold it for $14 million, at a profit of $4 million, in 2020. The buyer was Lilly Ghalichi, a former ‘Shahs of Sunset’ cast member, fake eyelash entrepreneur, and practicing attorney. The property measured 13,000-square-feet and boasted eight bedrooms and 12 bathrooms. One of the property’s best features was the infinity-edged swimming pool that had views over the estate and the mountains. She has now decided to downsize to a smaller and less expensive property. However, Griffin’s idea of downsizing is probably different from most people, as her new home is still an expansive space. She has paid $8.8 million for the Malibu pad, which measures 8,200-square-feet and boasts five bedrooms and 6.5 bathrooms. Griffin’s new home in Malibu is in the rolling hills of Point Dume, which is a popular area amongst celebrities. It was a brand new property that was only completed in 2020, and it was designed by Swiss architect Roger Kurath. The Interior of Her New Property

The house entrance is through a huge, pivoting glass door, which sets the spacious and airy theme that runs throughout the property. Some of the property’s recurrent features include concrete-colored Italian porcelain tiles, high ceilings, and floor-to-ceiling windows. A bi-level great room acts as a multifunctional living space, as it houses several lounges, a dining area, and a modern kitchen, says Dirt.com. The great room surrounds three sides of the courtyard patio. The main living space boasts a linear fireplace. Another area of the great room with a fireplace is the office space, which also has a wood-paneled accent wall. On the great room’s upper platform is a dedicated dining area that leads through to the modern kitchen. In the kitchen, there is a minimalist look with dark gray, floor-to-ceiling cabinetry surrounding a sink area and hob with a stunning backsplash. An island separates the kitchen from the rest of the great room, and it acts as an informal dining area along with providing additional storage and workspace. Below the house is a subterranean level that houses a myriad of entertainment options for the homeowner. These include a media lounge, a screening room with tiered seating, a games room with a wet bar, a fitness studio, and a glass-screened, climate-controlled wine cellar. The master suite has floor-to-ceiling sliding windows to make the most of the Pacific Ocean views. They also give direct access to the pool and grounds. There is a master bathroom with a freestanding tub sitting by a large picture window that has a privacy screen. The guest bedrooms are housed separately in a wing of their own. Kathy Griffin’s new Malibu pad sits on almost two acres of grounds. To the front of the property, there is a driveway, a paved area, and a motor court. There are also mature trees and shrubs along the front of the grounds, and these offer the property some privacy from the roadside. At the rear, a courtyard patio is encased on three sides by the great room. Both the great room and the courtyard share the same porcelain tiled floors, so there is a connection between the indoor and outdoor spaces. The courtyard boasts a seating area that is arranged to make the most of the spectacular views. Opposite the courtyard, there is a large, infinity-edged swimming pool. Again, the position of the pool makes the most of the gorgeous Pacific Ocean views. The pool is surrounded on three sides by the same concrete-colored porcelain tiles that feature both on the courtyard patio and inside the house. On one side of the pool is an informal seating area, while the other side of the pool is a lawned area. At the end of the pool, there is an outdoor dining area for alfresco dining. The rest of the grounds are paved, graveled, or lined with cacti. There is further outdoor space in the form of a rooftop terrace, which has wooden decking. There are glass walls surrounding the rooftop terrace, so the panoramic views are uninterrupted. There are settees, lounging armchairs, and tables on the terrace. It is a perfect space for outdoor dining or entertaining guests.