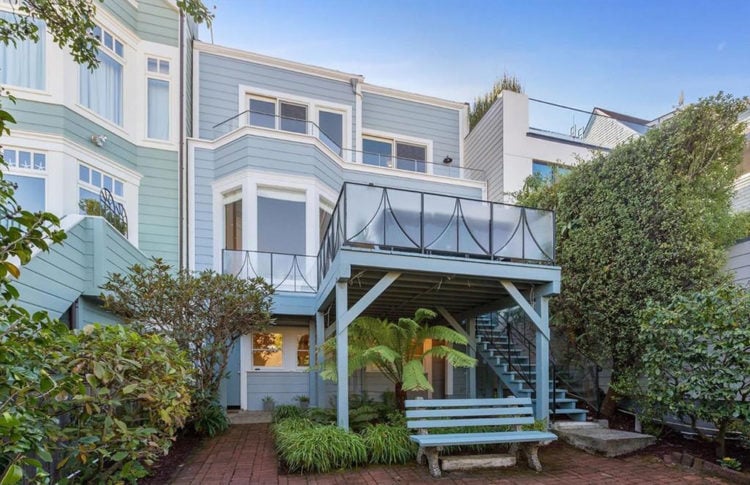 Winona Ryder is an American actress, born in Minnesota on October 29, 1971. She began her career as an actress in 1985 when she was cast in the film ‘Lucas,’ which was released a year later. She was a prominent actress during the late 1980s when she had major roles in films including ‘Beetlejuice,’ ‘1969,’ and ‘Heathers.’ Ryders fame continued into the 90s when she had leading roles in ‘Edward Scissorhands,’ ‘Mermaids,’ ‘Bram Stoker’s Dracula,’ ‘Little Women,’ ‘Boys,’ and many more hit films. Her career has continued to the present day and has included roles in ‘Black Swan,’ ‘Star Trek,’ and ‘The Letter.’ Most recently, she played Lindsay in ‘Destination Wedding.’ Winona Ryder has also enjoyed a career in television. She has played the main role in ‘Stranger Things’ and ‘The Plot Against America,’ along with smaller roles and appearing in single episodes of multiple television series. She was also in the television film ‘When Love Is Not Enough.’ 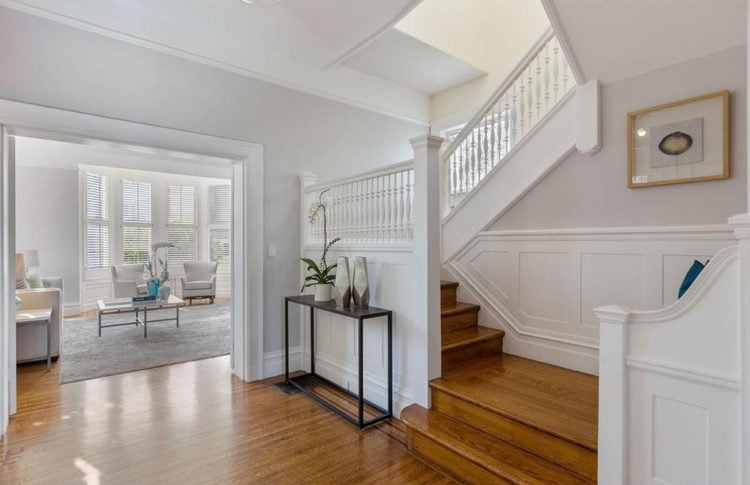 In her personal life, Winona Ryder has never married. However, she has had long-term relationships with several high-profile men, including Johnny Depp from 1989 to 1993, and Matt Damon between 1998 and 2000. She has been in a long-term relationship with Scott Mackinlay Hahn since 2011. Winona Ryder does not have children. Due to her career’s success, Celebrity Net Worth estimates that Winona Ryder’s net worth is $18 million. Her wealth means that she can afford to live in luxurious, multi-million-dollar properties. She currently owns four properties, including a Dutch-style home in San Francisco, that she has now put on the market for $5 million. 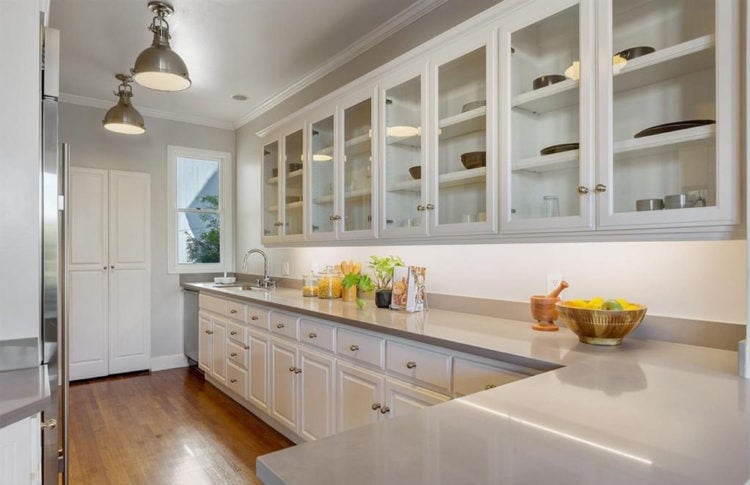 In addition to Ryder’s home in San Francisco, she also has three further properties in New York, Los Angeles, and Beverley Hills. Her New York property is a sophisticated apartment in a landmark downtown building that boasts 18-foot-high ceilings, while her Mediterranean villa in the Outpost Estates area of Los Angeles sits in the foothills above Hollywood. Ryder’s home in Beverley Hills is a modest Mediterranean-style bungalow that was built in the 1920s. With the help of her friend Kevin Healey, who is both an actor and a decorator, she restored the bungalow to preserve some of its features while adding some modern touches. The property that Ryder has recently listed on the market is a 3,140-square-foot house with three bedrooms, two full bathrooms, and two half bathrooms. Her Dutch Colonial-style house is located in the Cow Hollow neighborhood of San Francisco, which is bordered to the south by Pacific Heights and to the north by the Marina District. The three-story property was built in 1902. She bought the house for $1.3 million back in 1995. Ryder has recently listed the property for $4.995 million. However, she has not lived in the house for some time, as last year the residence was available to rent for $15,000 per month. 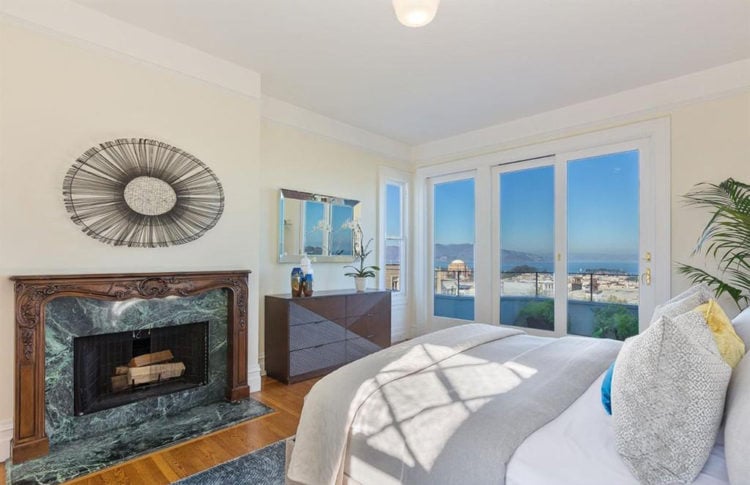 Inside the Dutch-style San Francisco Home

When you step through the cherry red front door, you enter a stunning foyer that features a spindled switchback staircase, says Dirt.com. The foyer also has leaded glass windows and wooden flooring. From the foyer, you enter a formal sitting room that also has leaded glass windows. The main focal point of this room is a large, traditional fireplace. There is also a second sitting room with a more informal style, which also has a traditional fireplace. Adjoining the second sitting room is the dining room, which boasts sliding glass doors that offer spectacular views across the bay and out to Angel State Park. The sliding doors lead out onto the rear patio. Although the property’s kitchen is only small, it is beautifully designed and fitted. The kitchen features pale-gray quartz countertops, and money has been spent to have expensive designer appliances. 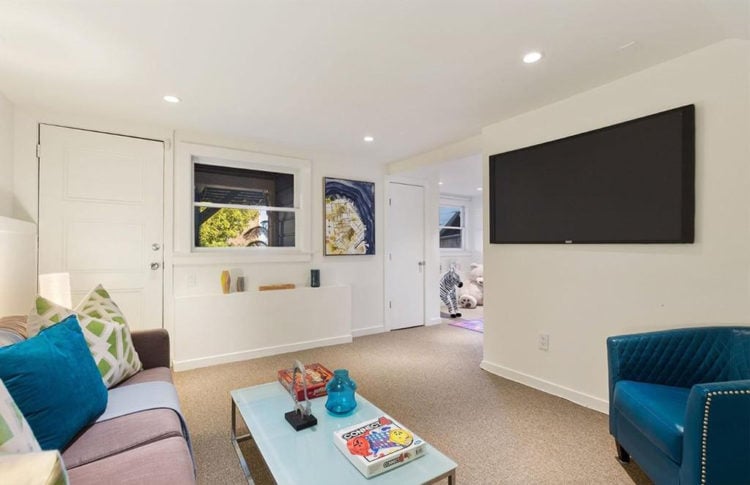 On climbing the staircase, there are officially three bedrooms in this property. However, the layout somewhat defies the description of the house. One of the bedrooms has an ensuite vintage bathroom, so it is ideal for having guests to stay. The other two bedrooms are used together to form a grand suite. One bedroom is the master bedroom, while the other is a private sitting room from which residents can enjoy the views. These two bedrooms have a shared entrance vestibule that is currently set up as a walk-in closet. The grand suite also has a vintage-style ensuite bathroom.One of the rooms in the grand suite has a large fireplace, so it is a cozy space for the homeowner to spend time on colder evenings. On warmer days, they may prefer to head out to the grand suite’s private balcony to enjoy ocean views that encompass local landmarks, such as Alcatraz Island and the Golden Gate Bridge. 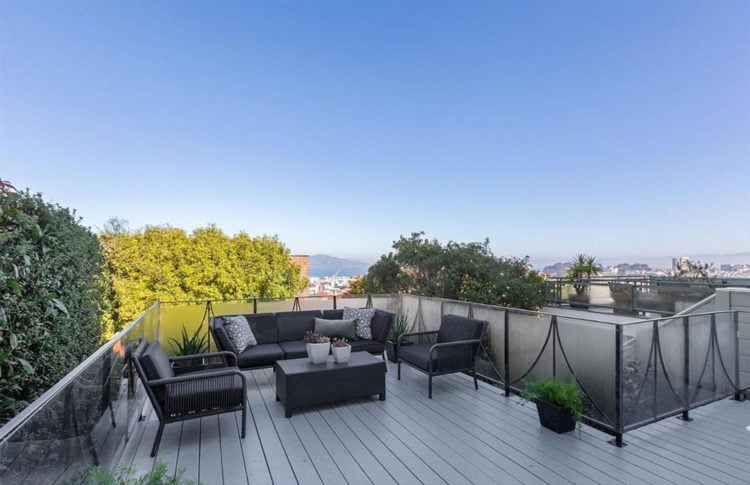 The Exterior of Ryder’s Property

Although the outdoor space is only small compared to many celebrities’ properties, the available space is beautifully designed to make the most of the space available. There is a short path, mature trees, and a decked porchway by the front door to the front of the house. An in-built garage is accessed from a short driveway on the front of the property, so the homeowner can securely park their vehicles. At the rear of the property, there is a brick-paved yard area with seating. Beyond the yard, there are shrubs and mature trees, behind which is a hidden decking area where the homeowner can enjoy an alfresco meal in privacy. Closer to the property, there is a further section of the garden that sits beneath the shade of a balcony. In this part of the garden, there is a pathway surrounding an area planted with shrubs. Additional outdoor space comes in the form of a balcony and a connected rooftop terrace, both of which have wooden decking. They both also feature glass walls so that the homeowner can enjoy uninterrupted views of the bay and the surrounding area. 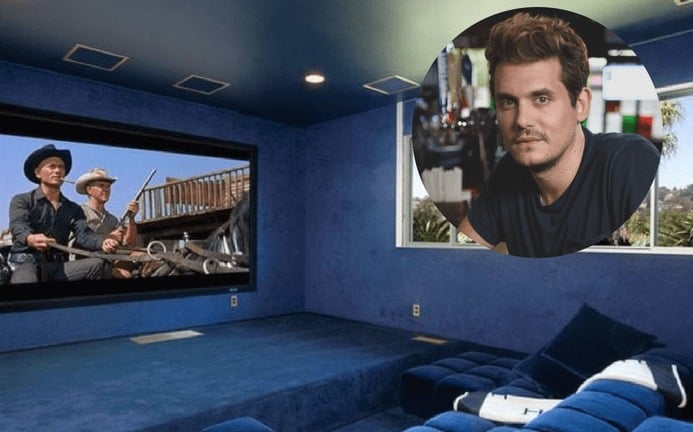 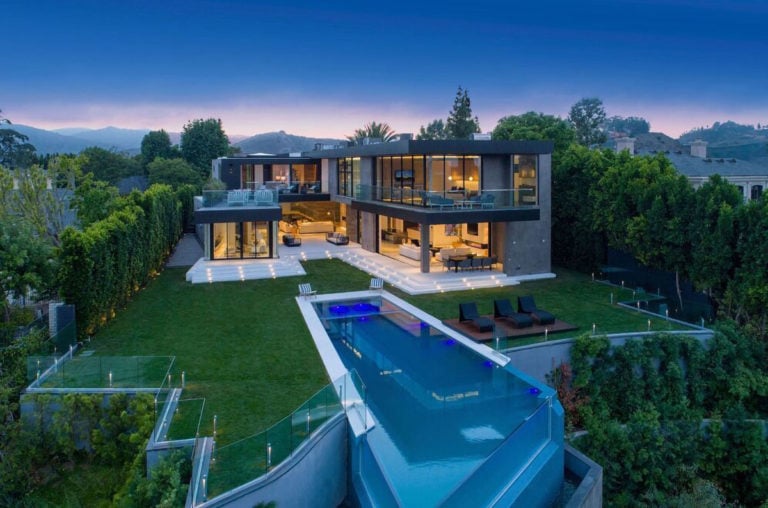 Travis VanderZanden is a businessman who is known for being the founder and CEO of the scooter-sharing service Bird. Prior to founding his own company, VanderZanded worked at Lyft as the COO and then at… 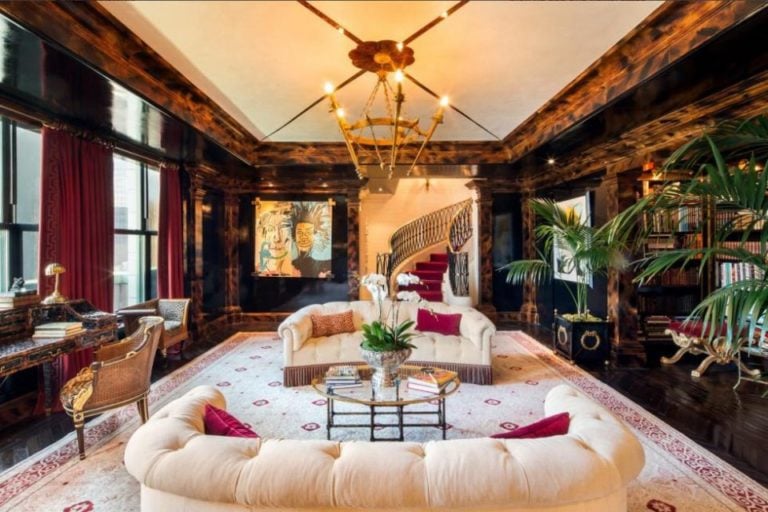 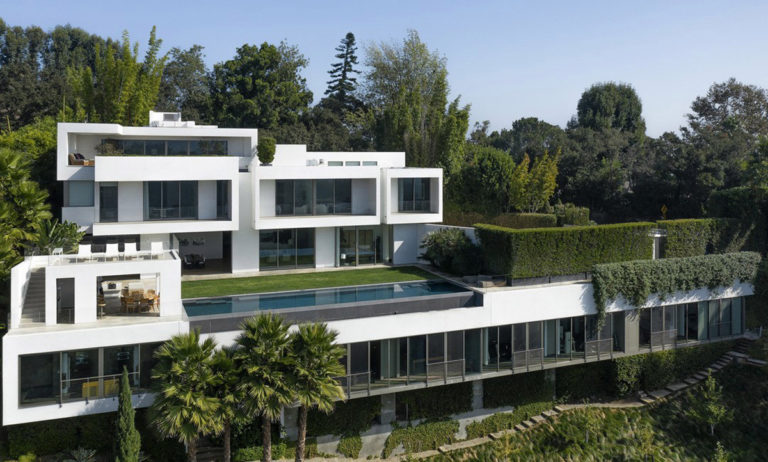 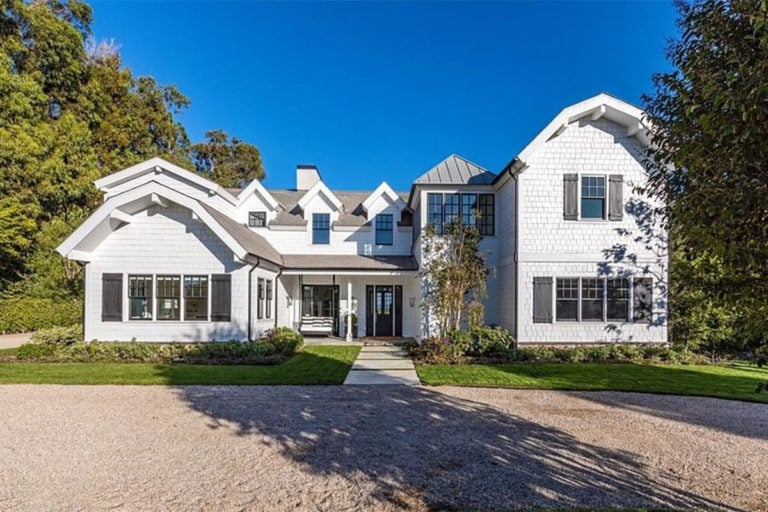 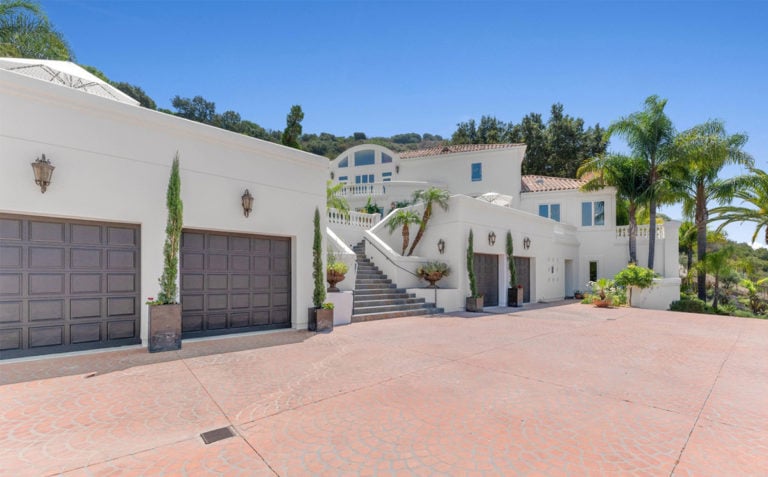