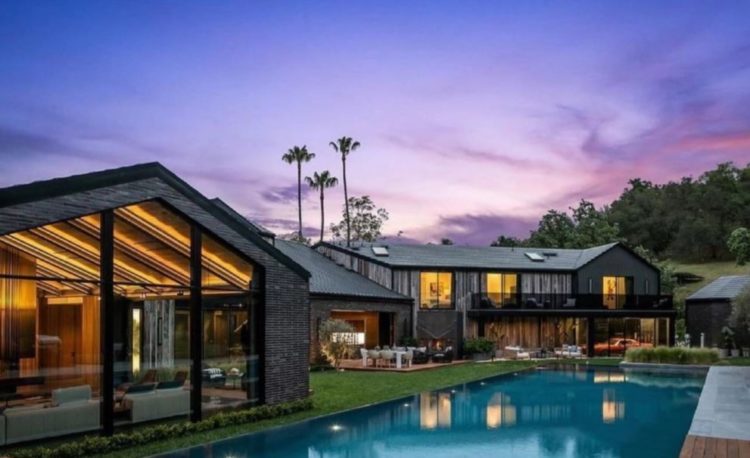 People decide to buy new houses all the time. It isn’t something that frequently makes the news unless the house in question is a mansion that’s quite expensive and the person who bought it is already quite famous. That is exactly the case with NBA player Ben Simmons, who recently purchased a brand new mansion for 17 million dollars. More About the Location

If you stop and think about it, 17 million dollars sounds like a great deal of money. Truth be told, it’s only a small fraction of what he actually makes. He recently signed a five-year deal with his NBA team that includes a 177 million dollar paycheck. As you can see, that makes 17 million dollars seem almost like pocket change, something that would barely even be missed. The house is located in Hidden Hills, a part of LA that has recently exploded with new construction. Almost all of that construction involves new mansions for people that have a lot of money and are looking for something to do with it. As such, it’s become a very popular area with a number of professional athletes as well as rap artists. At one time, the location where this particular house was built was nothing more than a pasture for horses. These days, you would scarcely even be able to imagine that horses once roamed this particular area, especially when you see the well-manicured grounds and the marble that has been poured almost everywhere. The house is unique, to say the least. Whether or not it’s appealing depends a great deal on your personal sense of architecture and decor. It’s definitely not for everybody, but apparently it works well for Simmons. The mansion itself is two stories with a lot of glass. In fact, almost every wall that faces the infinity pool is made entirely out of glass. By the way, the infinity pool more or less serves as the central point for the entire property, complete with a marble deck leading to the house and a traditional wood deck at one end. It is a large pool that only lacks a few inches meeting the wall of the house itself. Speaking of the house, it’s got a very interesting decor, done mostly in black and dark gray with massive elements of gold with oak paneling. It’s a spacious, open design that has a free floating staircase and two separate kitchens, one for the chefs to do their work when catering a meal and one that guests are allowed to see. Upstairs, the bedroom directly overlooks the pool. One particularly interesting feature about this house is that there are no curtains located in it, not even once. If you think the 12,000 square-foot mansion is something to behold, you should see the guest house. As a matter of fact, many people have commented that they actually like the guest house better. It features the exact same architecture and design on the outside. The inside, however, is a bit of a different story. It still runs along the same lines as the main house, but it doesn’t have as much gold, nor does it have giant chandeliers hanging from the ceilings that you can very well knock yourself out on when you walk past them. It does feature relatively dark colors in the design, with the exception of the bathroom. Aside from that fact, it’s not quite as ostentatious as the main house, offering a more subdued and potentially more relaxed atmosphere. It has its own infinity pool, although much smaller than the main one. The house is essentially split into two parts with a long hallway that joins the two sections. The pool is located directly in between these two sections, just outside the door. It makes for a great view, whether you’re in the pool itself or looking out the window. Speaking of the bathroom, the marble floors make a reappearance. There is a garden tub and an enclosed shower, with the entire bathroom being done in white with splashes of black. Perhaps the biggest thing that people have to look out for is not to slip on all of that marble. Whether you are in the main house, the guest house or near the pool, marble abounds. Anyone who has ever been around it knows that wet feet and marble don’t tend to go well together, so an abundance of caution is certainly necessary. One thing is certain, it’s unlikely that anyone would be able to get onto this property unless they had a prior invitation. That is because the community as a whole is not only gated, but also guarded twenty-four hours a day, seven days a week. In addition, this particular property is also secluded by a massive iron gate that is situated along the driveway. Once you get past that, there are two distinct parking areas, along with a three car garage. One parking area is for the mansion itself and the other, smaller parking area is for the guest house. It is worth noting that the guest house is as big as most houses, so anyone staying there isn’t likely to feel slighted.

When all is said and done, this house isn’t really that much different from any of the other mansions available on the market in the area. At the end of the day, it comes down to being able to choose something that speaks to the individual who has decided to purchase that particular property. As previously mentioned, Simmons seems to enjoy this property a great deal and it was definitely within his budget, only costing a fraction of what he has been paid for his skills on the court. It will be interesting to see what he does with the property in the future, as well as whether or not the property becomes worth more money as time passes.