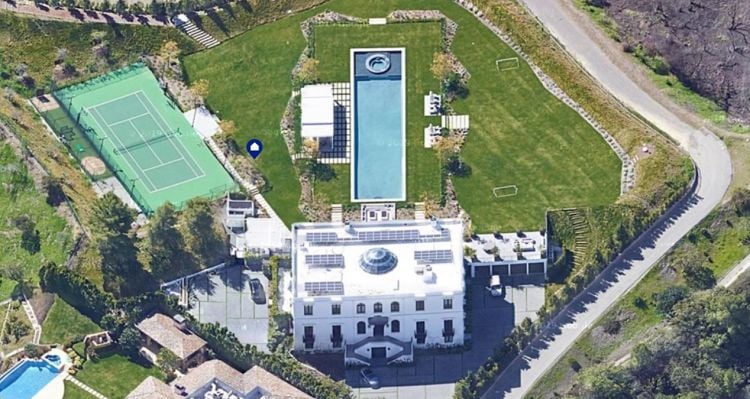 Anthony Davis is a professional basketball player with the NBA, and he began his career with the New Orleans Hornets in 2012. He then moved to the Los Angeles Lakers in 2019, and he plays the power forward and center positions. In addition to playing for two NBA teams, Anthony Davis has also played at a national level. He was in the 2012 team for the Olympics and in the 2014 national team that won the gold medal at the FIFA Basketball World Cup. Davis re-signed with the Los Angeles Lakers in December 2020, with a five-year contract worth $190 million. Knowing that Los Angeles is now his home for at least five years, Davis has decided to put down roots in the area and has bought himself a home. Just months after renewing his contract with the Los Angeles Lakers, he has paid $31 million for a luxurious estate. 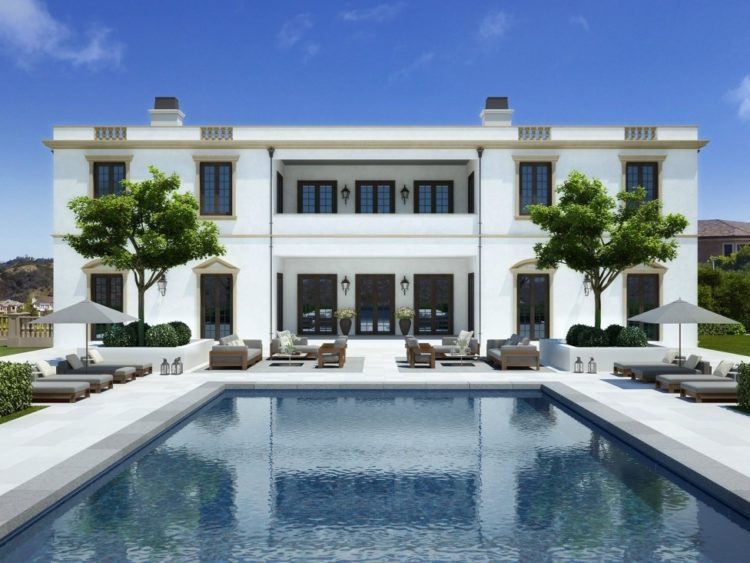 An Overview of the House and the Sale

Before buying his Bel Air home, Anthony Davis owned an estate in Westlake Village. He bought the property for $7.5 million in 2018 and sold it in 2018 for $6.5 million, which meant he made a loss on the sale. Anthony Davis’ new home was never officially on the market, but it has come to light that the basketball player has paid $31 million for an estate in Bel Air Crest, Los Angeles. It is the most ever paid for a Bel Air Crest property. The vast estate includes a house measuring 20,000-square-feet that sits on a 3.5-acre plot. The property boasts eight bedrooms and 9.5-bathrooms. It is in a semi-remote location in the mountains between Bel Air and the San Fernando Valley. 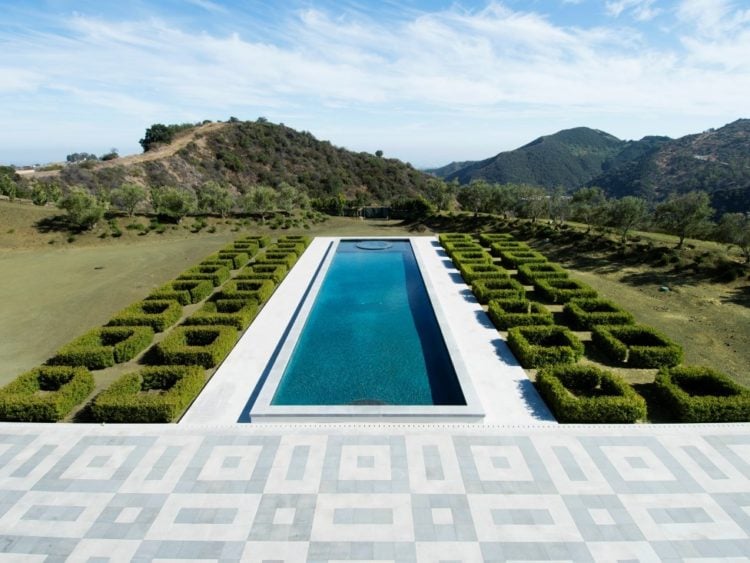 This guard-gated community has approximately 200 homes, and it is already home to many other celebrities. These include Gordon Ramsay and Kathy Griffin. It was also the temporary home of Kanye West and Kim Kardashian when their mega-compound in Hidden Hills was under construction. Davis has taken out a mortgage of $20.1 million to buy the lavish estate, which is the largest and most spectacular in the neighborhood. The property was built in 2010 in a vaguely European style, and its design is perfectly symmetrical. The estate was originally built for the Chang family, and they sold it for $10 million in 2016 to Ted Foxman, a real estate developer, and former semiconductor executive. Foxman made significant renovations to the property, including completely revamping the interior and having the grounds landscaped. Foxman’s improvements to the estate mean that the value of the house has risen significantly. Many of the unique features he added remain within the property. 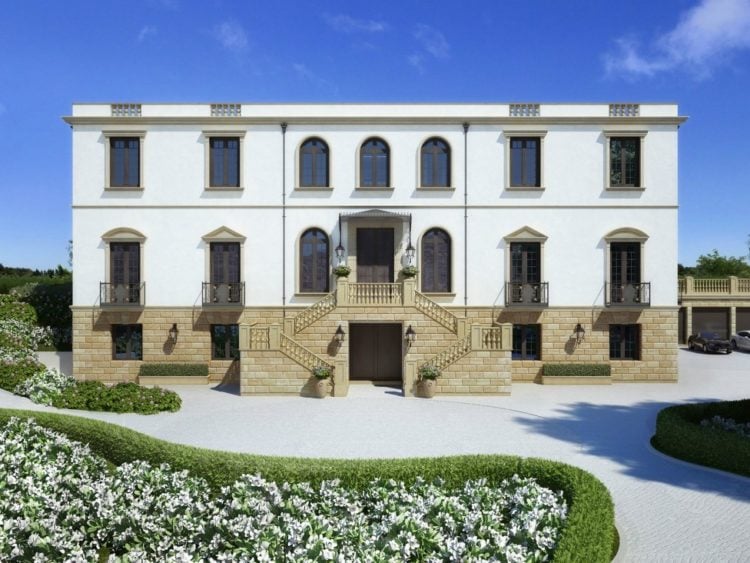 Inside the Palatial Property

Although the house was not listed on the open market, there are photographs of the property’s interior as the house was featured in Elle Décor last year when the property still belonged to Foxman. The inside of the house was the work of interior design Lonni Paul, but Foxman also had input on the overall design. There is a solarium-like feel in the double-height foyer, as it is topped with a glass dome. On the ground floor of the property, there are several lounging and entertaining spaces. These include a family room decorated in a warm shade of gray and the main living room that is divided into two separate seating areas. The center of the main living room is double-height and is overlooked by the second-floor balcony. An unusual feature of the room is a vintage Porsche in aqua. 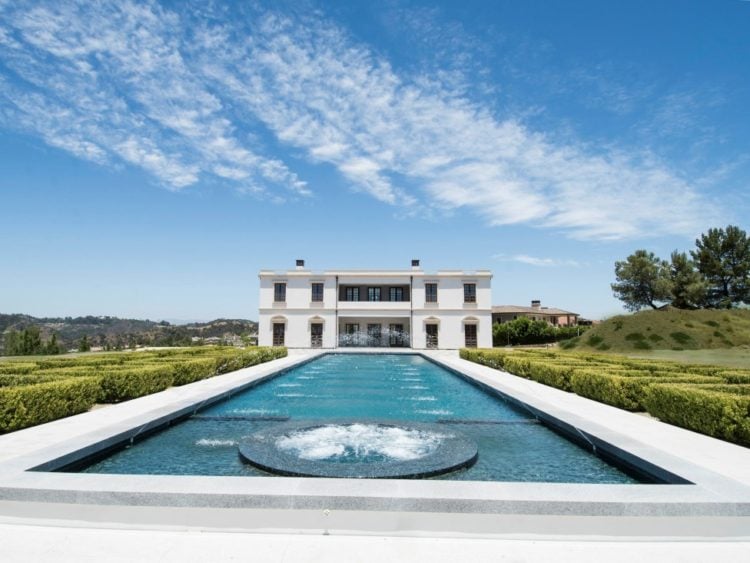 The dining room has a sophisticated but dramatic look. Like most of the rooms on the ground floor of the property, it has dark, hardwood floors matched by a dark dining table overhung by two square chandeliers. The walls have midnight blue wallpaper and these coordinate with velvet dining chairs in the same color. Despite the dark color scheme, the room is filled with light from the French doors on two walls. There are eight bedrooms in the property, so Davis has the option to have his friends and family over for the night. The master bedroom is decorated in neutral tones, and it features sliding glass doors with 40-mile views overlooking the ocean and reaching Catalina Island. In addition to the main living spaces and bedrooms, there are rooms that make this property stand out from others in the neighborhood. These include a wine room, a games room, and a screening room. There is also a music room that Foxton used to display his guitar collection.

The Exterior of the Bel Air Crest Estate

While the size and décor of the mansion’s interior make it one of the most stunning homes in the neighborhood, the 3.5-acres of grounds are also noteworthy. Not only are they beautifully landscaped, but they also have many features for leisure and entertainment. However, the best feature of the gardens is the views of the surrounding area, the Pacific Ocean, and Catalina Island, says Dirt.com. To the front of the property is a long driveway leading off the secluded lane. In front of the house, there is a motor court that is large enough to park multiple vehicles. At the rear of the mansion, there are endless grassy lawns and multiple terrace areas, including a terrace that can accommodate 20 people dining around a table. There are also multiple ways that Anthony Davis can spend his free time in the garden. There is a 120-foot Olympic-sized outdoor pool with a spa area at the end of the pool that is closest to the house. There is also a poolside cabana, a full-sized tennis court, a basketball court, two fire pits, an outdoor barbecue area with a bar, and a batting cage. There is even a helicopter pad if Davis’ wealthy friends want to drop in for a visit in style. 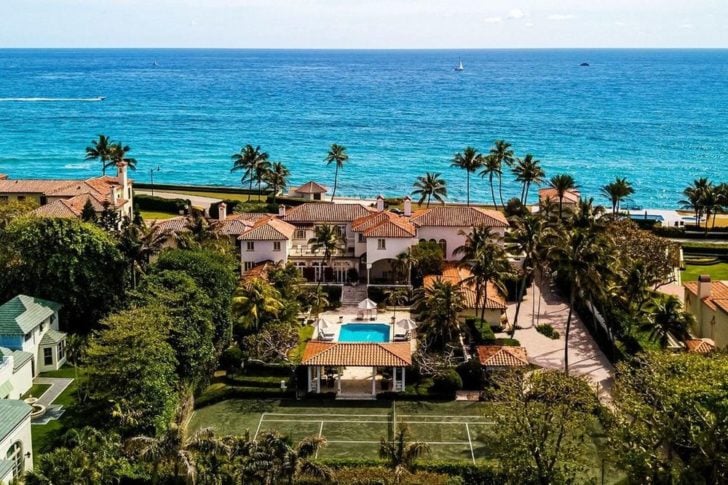 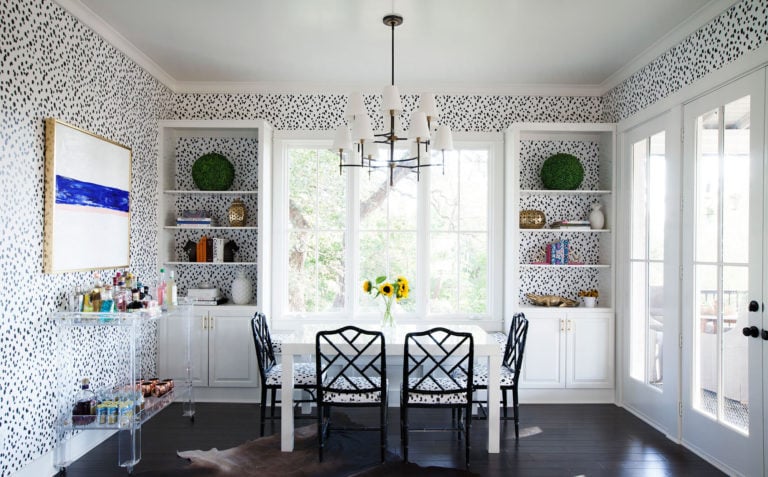 Katie Kime is based out of Austin, Texas where she… 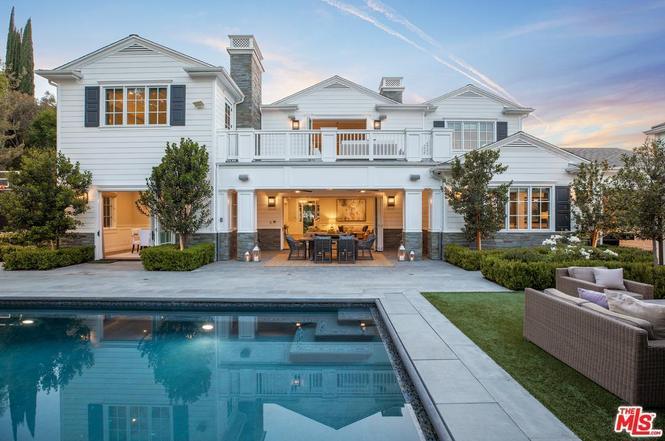 If you’re a fan of Rosanna Pansino, you’ll already be… 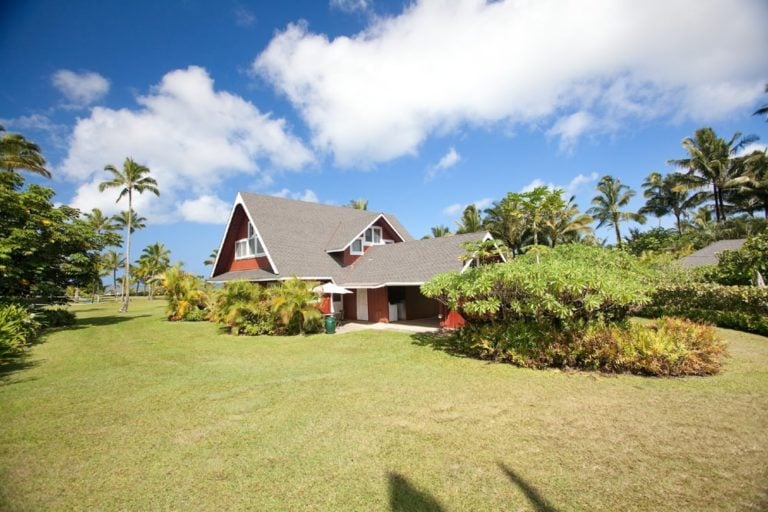 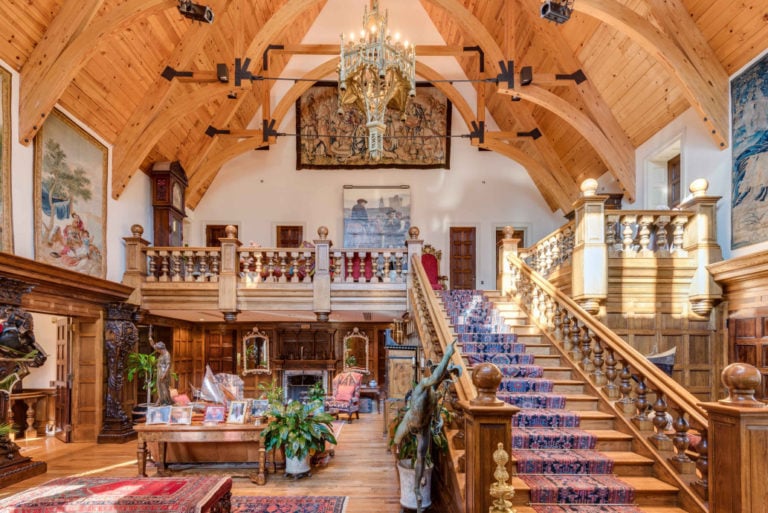 Back when Brangelina were still together, the family of 8… 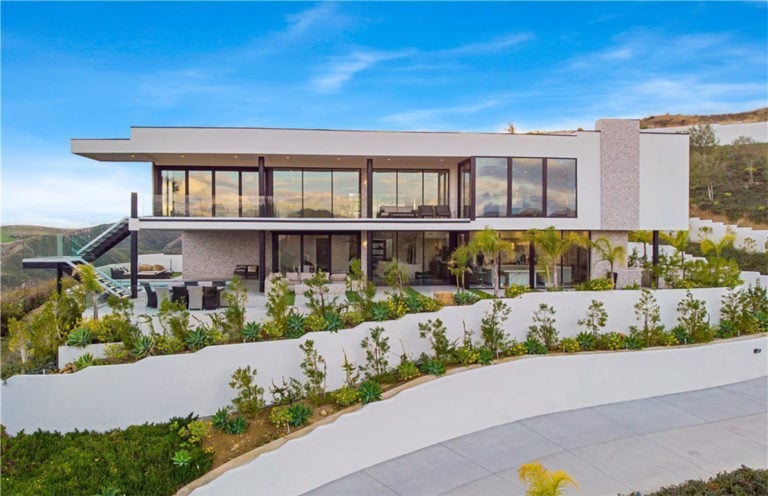 Lil Uzi Vert isn’t exactly known for being understated. Over…