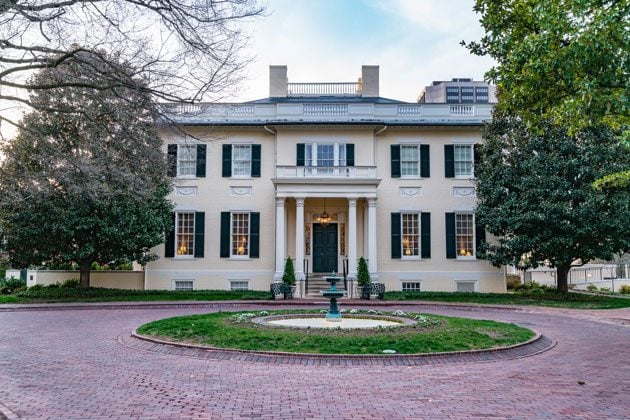 If you live in the United States and watch European travel and property shows or you are from Europe and you watch shows from these genres based in the United States, you will probably have noticed that home design in America and Europe differs significantly. Similarly, if you have lived in or traveled around both America and Europe, the design differences are clear. Culture, history, and available resources can all play a role in these differences. The following is an overview of some of the biggest differences in American and European home design.

According to Home Stratosphere, the biggest difference between American and European homes is the size. In general, American homes are significantly larger than their European counterparts. This applies to properties of all types, from city condos to suburban family homes. Statistics from the US Census show that American house sizes are continuing to increase, as there is a demand for space form American homeowners. On the other hand, European house sizes have remained static.

How developments are designed also differs in Europe and America, and this is because Americans prefer insular living while Europeans put a greater focus on a community lifestyle. American planning is largely isolationist due to the demands of almost a quarter of homebuyers wanting to live in gated communities and more than a quarter of property buyers opting for cul-de-sacs. In contrast, European urban planning and the homes that are built within these developments focus more on community features.

Americans prefer to have more bedrooms than they need so that every child has their own bedroom, and there are spare rooms that they can use for guests or as multi-functional spaces. Similarly, there is a preference for multiple bathrooms. It is fairly common for a four-bedroom house to have three or even four bathrooms. In Europe, most people have only the number of bedrooms they need, and it is not uncommon for children to share a bedroom. A four-bedroom house in Europe may have two bathrooms, but some will only have one for everyone to share.

Another area where there are significant differences between European and American homes is the materials used. For example, Americans favor brick walls and shingle roofs while Europeans prefer stone walls and wood roofs. In the kitchen, both Americans and Europeans would choose granite worktops, but they have differing views on the flooring for their kitchen and bathrooms. In Europe, you are most likely to see either stone or marble floors, while the most popular option in America is tiled floors. In both America and Europe, real wood flooring is the most popular option for the rest of the home.

The way in which a home flows is different in America and Europe, and this is predominantly because of the way the floor plan is arranged. Having open-plan living spaces is popular in America, while Europeans usually have their homes with separate spaces cut off from each other. For example, a European home will often have a separate dining room and kitchen, while American homes will often feature an open-plan kitchen-diner. Some even have their entire living space as an open plan area, so the kitchen, dining room, and living space all flow into each other to create a large area where all the family can spend their time and the children are always in sight. However, it is worth noting that the American trend for open-plan spaces is now becoming increasingly popular in some areas of Europe, such as the UK.

Although both Americans and Europeans may choose to have an extension built on their home to increase the space, the way they go about this is different. When Americans extend their homes, they will usually make sure the extension reflects the style and period of the original structure. On the other hand, Europeans seem to have no trouble combining modernity and tradition as they will put an ultra-modern extension on a period property, points out one user of Houzz.

Americans and Europeans differ in the way they position houses. European houses are positioned in many ways. While some have a front door that opens directly onto the street, others are set far back from the road. However, the most common form of positioning is for houses to be set just a little away from the road with a small front garden. American houses differ in that they are usually set back much further from the road with a large garden and driveway to the front of the property. Another difference is that the front entrance of an American property is often raised.

Although many properties are unique regardless of where they are in the world, each geographical location has trends in terms of home design. There are some big differences in the home designs of American and European properties, such as the size, style, materials, floor plan, flow, and positioning. There are also differences in the type of lifestyle the properties offer and the level of energy-efficiency they provide. Although there are differences between the two sides of the Atlantic, these differences are beginning to blur as Americans take inspiration from the Europeans and vice versa. This is particularly evident in the increasing number of European properties that have an open-plan design and in the increased interest in energy-efficiency in newer American developments.

10 Plants That are Perfect For Your Front Porch