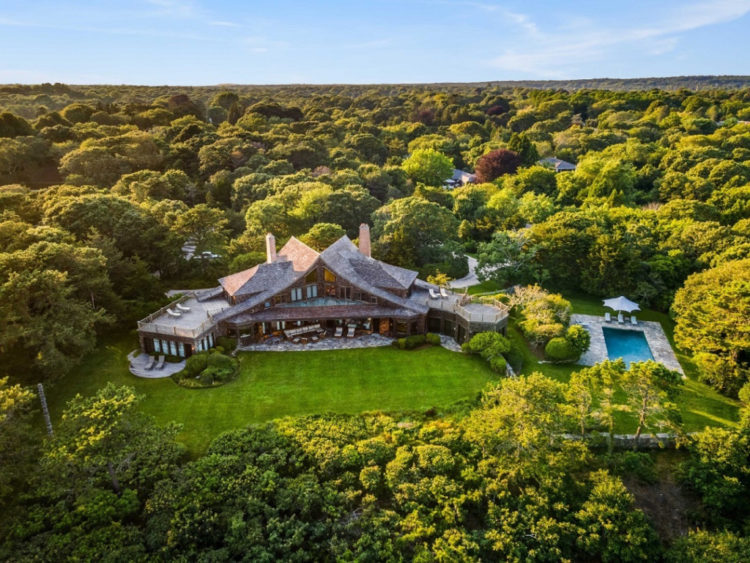 Many of the most expensive houses that are listed on the market are the former homes of celebrities. Others have been owned by high-flying businesspeople with a high net worth and who are well-known in their field. However, that is not always the case, as some people have become millionaires due to their career success and still retained a low profile publicly. Despite their names not being well-known, they have accrued a high net worth that has allowed them to buy the types of property usually associated with famous people. One such example is Aland Seligson, who was the former chairman of an aerospace parts company called NF&M International. Seligson died earlier in 2021 at the age of 91. At the time of his death, he was living in his family home in Locust Valley in New York. Seligson’s second home in the Hamptons has now been listed at $52.5 million after his death. Here is a look at the businessman’s former home in an exclusive area of East Hampton. An Overview of the $52 Million Property

Alan Seligson’s former home is located on Further Lane in East Hampton. It is one of the most prestigious streets in the Hamptons and is a popular location amongst the rich and famous. Some well-known names who have properties in this area include Larry Gagosian, Ron Baron, Mort Zuckerman, Jerry Seinfeld, Howard Schultz, Martha Firestone Ford, Carl Icahn, and Lorne Michaels. In the past, this neighborhood was farmland. Now, it is a street filled with expansive, manicured estates that slope down towards the Atlantic Ocean. However, there are still some agricultural lands interspersed with historic structures between the estates, which adds to the peaceful nature of the neighborhood. The home formerly owned by businessman Alan Seligson is an expansive estate with a 6,100-square-feet mansion sitting on four acres of grounds. Inside the house, there are five bedrooms, five full bathrooms, and two half bathrooms. Photographs of the property’s interior are limited, and Dirt.com suggests that this could indicate that the property is in need of extensive renovations. It is even possible that the house will get sold and then demolished. It may seem shocking to many people to think that a property with a price tag of $52 million may get demolished, but the value of the land and any replacement property may far outweigh the current value of the estate. Despite the lack of photographs, there are a few images available of the home’s interior, along with some details of the property. For example, it is known that the master suite has its own wing on the property’s first floor. The master retreat consists of an expansive bedroom, a walk-in closet, dual bathrooms, an adjacent office, and a sundeck. One of the rooms in the house for which there is a photograph is one of the lounge areas. It has a large three-paned picture window flanked by French doors that lead to the patio area outside. There are views across the garden and wooded area beyond and a distant view of the ocean from this room. There are beams on the ceiling and wooden flooring, although most of the floor is covered by a large rug. Another photograph shows an informal dining area in an irregularly shaped room that has floor-to-ceiling windows with green frames on three sides, allowing for 180-degree views of the garden and surrounding land. There are exposed brick walls, a white ceiling, and wooden flooring. The Stunning Grounds of the East Hamptons Property

A long, curved driveway leads from the street to the paved motor court in front of the shingled and wood-clad roofed two-story mansion. Although there is parking available on the motor court, there is also a detached two-car garage. The garage has a steep roof, which means it has the potential to create a room above the garage to use as an additional home office or as a gym. There is no view of the property’s frontage from the street, as it is set back behind mature trees. The mature trees continue along the sides and rear of the property, so it is hidden from prying eyes and has a secluded feel. To the mansion’s rear, there is a patio area directly behind the house, which is ideal for outdoor dining and entertaining. There is also a wooden decked area to the side of the mansion. Most of the garden to the rear and sides of the property is an expansive lawned area lined by shrubs and trees. However, there is the swimming pool and spa that you would expect from a property with this price tag. The rectangular pool is set to the side of the house, and it is surrounded by stone paving on three sides. The paved area is set up with sun loungers for alfresco relaxation, and the trees to one side of the pool offer some shade for hotter days. Beyond the rear garden, there is a dense copse of trees between the house and the Atlantic Ocean. There are then the high double-dunes for which this section of the coast is known. Unfortunately, this means that ocean views from the property are limited, despite its proximity to the waterfront and having a 400-foot linear stretch of ocean frontage. The area that offers the best views of the ocean is the elevated sundeck, which sits above one of the one-story sections of the house at the end of one of the wings. There is a wooden staircase leading from the garden to the sundeck, which has wooden decking and railings. From this vantage point, it is possible to look across the gardens, over the sloping wooded area, across the dunes, and out to the Atlantic Ocean.