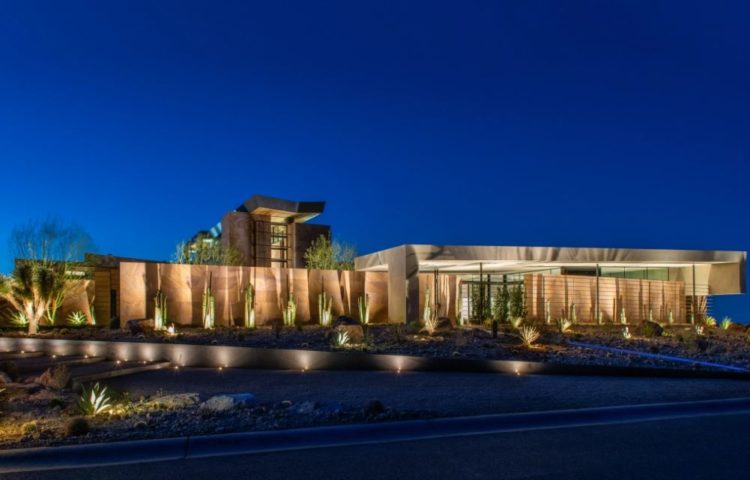 Anthony Hsieh is a billionaire businessman. He is the founder and CEO of California-based mortgage lender loanDepot. He began his career in lending when he bought LoansDirect.com in 1989, which he then sold to E-Trade in 2001. Before he founded loanDepot in 2010, he founded an online lender called HomeLoanCenter.com in 2002. That company then merged with Lending Tree in 2004. Hsieh took loanDepot public in February 2021. Currently, the businessman owns 54 percent of the company. According to Forbes, Hsieh’s net worth is now $1.8 billion. Due to his professional success and financial status, Hsieh is in a position to splash the cash on a luxurious property, and the home he has chosen is a $25 million mansion in Henderson, Nevada. An Overview of the Sale

In late 2020, Anthony Hsieh broke the Orange County Sales Records when he purchased a mansion on the Newport Coast for a whopping $61 million, which is the most a residential property had ever sold for in that area. Now he has broken records again, but this time in Las Vegas. His purchase of a $25 million home tops the records as the area’s highest ever sale. The last high-value house sold in this area was $17.6 million, and this was set by illusionist David Copperfield in 2016 when his mansion. However, the deal was not quite as simple as handing over the $25 million to the seller, as Hsieh has agreed that the developer can lease back the property for the next two and a half years. During this period, the developer will use the estate as an experience center for his future buyers to decide if they want to buy one of the other properties. The property in question is a stunning new-build mansion that was constructed in 2020, and it was designed and constructed by development firm Blue Heron’s in-house architects and designers. The estate is in Dragon’s Reserve at MacDonald Highlands in a community called Henderson on the edge of the Mojave Desert in Nevada. It is a master-planned community that has multiple amenities for the residents, including tennis courts, a golf course, an athletic center, and a country club. It is a four-bedroom, nine-bathroom mansion measuring 15,000-square-feet and set on a plot of 1.26-acres. The property has stunning views of the Red Rock Mountains, the Las Vegas Strip, and the surrounding desert landscape. The custom-built pivot front door leads into a glass-paneled foyer with a lighted, floating staircase connecting the three floors. However, the staircase is not the only option, as there is also an elevator. From the foyer, there is a great room that features custom furnishings and a fireplace. The two most impressive features are the floor-to-ceiling pocket doors and the water surrounding the room on three sides. The great room is also overlooked to one side by a balcony on the mansion’s second floor. This property is a cooking enthusiast’s paradise, as the professional chef’s kitchen has custom-built cabinetry, linear islands, and built-in touch screens.

Furthermore, it has top-of-the-range SubZero and Wolf appliances. There is a catering kitchen that boasts a walk-in pantry and a custom-built, walnut-topped eat-in bar. Hsieh can also entertain guests in style at this property, as there is a formal dining room that is centered around a beautiful private garden. It reflects the inside-outside style that runs throughout the house. In this deluxe home, there are many rooms that focus purely on fun and leisure. Some of these include a glass-walled wine cellar, a digital den with a large LED screen, a billiard room, a craft room featuring a pet bath and a feeding area, and a sky bar and lounge on the upper level. While there are many rooms that focus only on the leisure and play aspect of life, the designers did not forget to include some workspace at the mansion. There is a digital den and a spacious executive office casita, and the latter has its own entrance. Of the four bedrooms in the property, two are master suites, says Dirt.com. The second of these is the ‘Sky Suite,’ which is accessed from the main part of the house via a glass bridge, from which there are panoramic views of Las Vegas. However, the primary master suite also boasts impressive views and a wide range of features. The master retreat has metaquartzite stone walls, a dual walk-in closet, custom-designed beds, a beverage bar, a zero-edged water feature, and stunning desert views. In the master bathroom, there is a spa-like feel that is fantastic for relaxation, thanks to a dramatic, freestanding black soaking tub that sits central to the room, a walk-in shower, a retractable mirror, and a waterfall-edge vanity. The Impressive Grounds of the Nevada Estate

From the outside, the mansion is rather striking due to its irregular shape, split levels, interconnected structures, and industrialist style. There is an expansive garage that can accommodate up to 11 cars and features Tesla charging stations and flatscreen televisions, plus further space to the front of the property to park more cars. A covered pathway leads to the property’s main entrance. Part of the pathway is a walkway that leads over a square pond with pebbles that are illuminated with blue lights. Beyond the pond, the walkway is lined with gravel and desert plants. The split-level rear garden is divided into spaces for different uses, and interconnecting these spaces are concrete pathways and stone or rock boundaries. Several of the areas are devoted to lounging or outdoor dining. One of the ground’s most impressive features is the swimming pool, which has three connected pool areas. One is an open-air pool, another a covered outdoor pool, and the third is an indoor pool that is connected to the two outdoor pools.