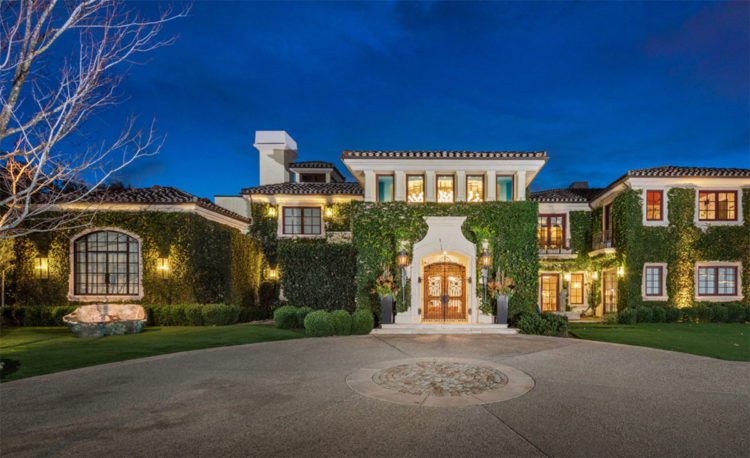 Adam Venit is a former talent agent who was once a major player in the movie industry. He previously worked for William Morris Endeavor (WME), and his client list included stars such as Vince Vaughn, Michael B. Jordan, Steve Martin, Shawn Levy, Sylvester Stallone, and Gal Gadot. However, his career took a downward turn in late 2017 when actor Terry Crus accused Venit of groping his genitals at a party they both attended. Venit was suspended for work while it was investigated. After they settled the Crews suit in 2018, Venit briefly returned for work on reduced duties, but he left shortly afterward. It was not only his career that was on a downward spiral, as Adam Venit’s wife, Trina, filed for divorce in March 2020. Trina, a producer and philanthropist, has since bought herself a new home to live in without her former husband. She paid $7.8 million for a glassy contemporary home located in an elevated position overlooking Sunset Strip in Los Angeles. With his career and marriage over, it is no surprise that the Venits have also decided to sell their marital home, probably intending to split the proceeds of the sale. The Venits are seeking $40 million for the Beverley Hills property, says The Hollywood Reporter. An Overview of the House the Venits Are Listing

The Venits’ marital home was built in 2002 and bought by them in early 2003 for $6.6 million. It is located in the 90210 zip code in Beverley Hills Post Office, Los Angeles, California. The area is popular with other celebrities, and some of the neighbors include Ashton Kutcher and Mila Kunis, Samsung heir Jay lee, billionaire Don Hankey, and at least one Saudi Prince. When the Tuscan-style property was built, it was rather boring looking. From the outside, it looked like a big white box, while the interior décor was drab shades of brown and beige. It was a style that did not suit the Venits’ personalities and personal tastes, and they wanted something more colorful. So, they recruited designer Lara Fishman of Storm Interiors and Abramson Teiger Architects to give the property a complete overhaul. The entire house was gutted, they ripped out the existing swimming pool, and the grounds were landscaped. Now, the house has a more Bali resort-style with vibrant colors throughout the house. A further change made by the Venits was the addition of a 2,000-square-foot wing to the house. Since the changes and additions, the property now measures 13,000-square-feet and boasts eight bedrooms and ten bathrooms. The total lot size is 7.8-acres of landscaped gardens and leisure facilities. Now on the market, the estate has a price tag of $40 million. As if forking out so much for the house is not enough, the potential buyer also needs enough in the bank to pay more than $3,300 a month in HOA fees. The cost of the fees is so high because the 24/7 gated enclave is so exclusive, with only a dozen homeowners to cover the costs of security and maintenance. Since the Venits put their stamp on the Los Angeles mansion, the interior is now filled with bright colors in many rooms. The Venits’ love of color is evident on stepping into the home, as the circular, double-height entranceway with a spiral staircase features a deep turquoise on the walls all the way up to the second floor. However, the main public spaces, such as the formal living and dining rooms, are large, light, and airy rooms in muted tones. On the other hand, both these rooms have unusual and eye-catching features, such as the arched, tiled ceilings. Another room that has a sophisticated and neutral look is the impressive kitchen, which boasts an imported La Carnue range. It has traditional wooden and white cabinetry, light gray marble countertops, wooden flooring, and a large kitchen island. In the 2,000-square-foot wing extension, the Venits have created a multi-functional space divided into different areas, says Dirt.com. Two of the areas in this wing include a large media room and a home office. Elsewhere in the house, there is a yoga room, a gym, an informal sitting room, and family room, and an unusual powder room with one section painted in peacock blue and the other walls covered in real peacock feathers. The bathrooms are split over both levels of the house, and the master bedroom is on the upper story. It benefits from a large ensuite bath and a private balcony that overlooks Los Angeles and is ideally located for appreciating the views across the local area. The Extensive Grounds of the Estate

The Venits’ former home is set back from the street behind tall hedges, mature trees, and wrought-iron gates opening to a driveway that leads to a circular motor court. There are lawns on either side of the motor court. From the outside, the white mansion is now predominantly covered in ivy. There are both two-story and single-level sections of the house, and some of the features included leaded windows and gray tiled roofs. At the rear of the property, one of the main features is a curved infinity pool. Not only is the pool a stunning aspect of the garden, but it is also a feat of engineering, as it is supported by 16 concrete pillars buried deep into the ground. From the pool, there are spectacular views across Los Angeles. There is also a separate hot tub in a decked area. Directly behind the mansion, there is a terraced area that runs the full width of the house. A bronze tree sculpture shades one part of the terrace instead of a traditional pergola. Another area is shaded by an overhanging balcony above. The terrace area has a full kitchen, a BBQ, and a dining suite for alfresco dining and entertaining. The rest of the rear and side gardens are lawns and wooded areas. There is also a separate plot of land belonging to the Venits on the opposite side of the street. One section of the land is set up as a sports court, and the other is a playground. The Venits allow their neighbors to use both the playground and the sports court freely.