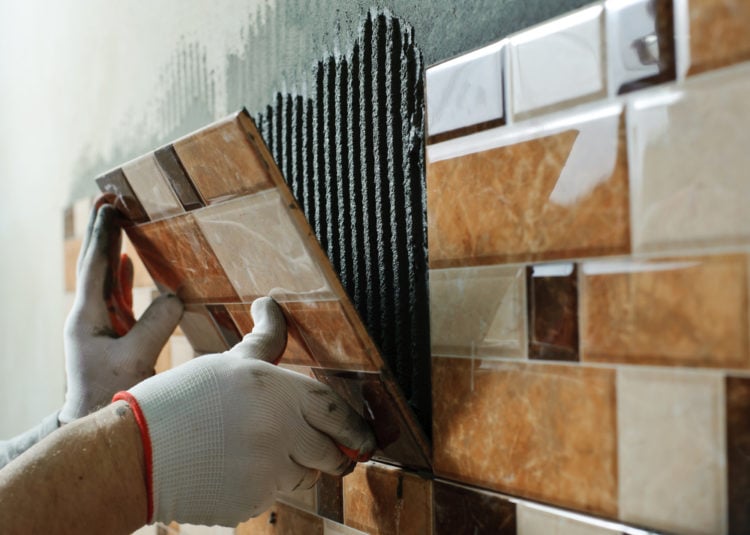 Sometimes things go out of date, and thus it should not come as a surprise to find that your shower will turn to be a bit drub after a couple of years. If this is the case, or if you have found that the finish you had applied earlier is not functioning the way you wanted it to, then it may be time to retile your shower floor. Adding tiles to your shower not only increases the value of the home but also gives it an aesthetic boost, which is sometimes needed. The aim of this article is to show you how you should go about tiling your shower floors.

The first thing that you have to do is prepare for the process. Though it is more effective and efficient, in times of time, to hire professional tile installers, if you are free and have the capacity to do it yourself, then you will not find it to be an onerous task. The first thing you have to do is decide the tile that you want to have on your shower floor, as well as the design pattern you will use. You have two choices with regards to the former; you can either get small tiles or large tiles. An example of the former is 1-inch tiles, all of which come in sheets, while the latter is 6-inch tiles that are available in stacks. In the event that you want to install an effect in the form of a pattern, decide now which one you want to have, according to Why Tile. While doing all this, it is not only essential but also paramount to make sure that you measure the shower floor efficiently and effectively. This will come in handy with regards to time to determine the number of times that you are going to need.

Step 2: Installation of the tiles

Once you have done all this, you have three options with regard to installing floor tiles. You will select which one you find to be the most suitable for you, based on expertise, experience, time is taken and the cost of the project.

Option one: The mud pan

This one is the more traditional approach that is taken when preparing a floor. Compared to the other options, it requires more labor. The first step is to roughly frame the shower. After this is done, you will then lay a layer of thin mud, which is a simple Portland cement mixed with sand, across the floor. It has to be pitched towards the adjustable drain, which can be at the center of the shower to the linear drain, which is along the edges. After the mud has been laid, you will have to install a waterproof membrane. Chloroloy is the most popular choice in this effect, according to Fire Home Building. This waterproof membrane is laid over a felt paper, otherwise referred to as tar paper, that covers the mud. The said membrane extends a couple of inches up the walls that are the framing. Once the membrane is laid, another two to three inches of Sand and Portland Cement is applied over it. This, too, slopes towards the draining point. This top layer has to be left to dry effectively. Once it is dried, you can adhere the tiles to it using thin-set cement as the adhesive. If the shower drain is at the center, then the tiles that you choose should be no more than four inches in width. This is because anything more than that will not allow the tiles to follow the slope introduced by the mud. If you want to use bigger tiles, which will result in fewer grout joints, then you can consider using a linear drain. This option is very effective for those that are not so sure about their skills with regards to mortar. Though it is mainly used in smaller shower stalls, it can still be used for larger units, like when you want to replace a bathtub with a stand-in shower.

This concept is in many ways akin to the first step. However, instead of putting the waterproof membrane at the bottom of a mud layer, you simply place it at the top. The tile is then fixed at the top membrane using the same adhesive, thin-set cement. Just like in the traditional pan, it should be noted, the sloped mud bed is there to still provide drainage, but the mud in this case will not be getting saturated. What is the difference, you could be asking? The reason is that if the waterproof membrane is placed under the mud without providing an adequate slope, and even when the weeping mechanism that is present inside the adjustable drain gets blocked, the water sits on the mortar, and will never dry. This will result in problems such as grout failure. Another advantage of this method is that you will have only one mortar bed as opposed to having two, meaning that you will not have to wait for a longer time when curing the mortar, and in this case, it is only about 24 hours. Moreover, it eliminates the additional weight of the excess mortar. This method is the same one used to build barrier-free baths, where the shower floor is directly connected to the bathroom floor, and thus there is no need to have a curb separating the two.

The process of determining the slope of the mud bed perfectly is not an onerous one neither is it impossible, but you can still screw it up, especially if you have never worked with dry-packed mortar. Previously in this article, we had mentioned a pre-sloped form that makes it easier to create and get the perfect slope. A simpler option of going about this is to simply get rid of the mud and instead go with a clopped shower floor pan that is complete with a waterproofing layer. There are several companies that make such pans, and they may be plastic or foam. They are present in a myriad of shapes, and thus you will not lack a type that will make it easier for you to work. These products do differ a bit from manufacturer to manufacturer, and these nuanced differences can be a huge difference in the shower. Thus, after you have decided on which one you will be going with, you will have to go through, thoroughly, the manual, and make sure that you understand it completely. That being said, they are popular because of their ease of use, and thus you will not have a hard time going about it. Once you have adhered the base to the floor, make sure that you integrate the waterproofing on the walls with the pre-bonded membrane. When this is done and done properly, then the surface can then be tiled. It must be said that because this method saves on time and labor, it is expensive compared to the other options, the thin-bed and the traditional approach. The main upside with this one is that it comes with predictable results.

Step 3: Allow the tile to set

Once you have installed the tiles, you have to let them set for not less than 48 hours. Once this time has elapsed, you can rest assured knowing that the tile is adhered to the bed, be it the membrane of the mud. Do not walk or attempt any movement on the tiles, and also ensure that moisture does not get into the tiled area. This is perhaps one of the tougher parts of the renovation project on the household because you will not be able to use the shower for a long period. Thus, if this is the only shower that you have, you will have to make provisions for the time being. Allowing air to flow on top of the tiles is a very effective way of making the process go a bit faster. Thus, make sure that the area is properly ventilated, and you can do this by simply opening a window or setting a fan over the area or both.

Once you have installed the tiles, and have ensured that they have set well, you will have to fill the joints worth grout. The first step here is to pick the grout you are going to use. Grout is essential in making sure that the shower tile is held in place. In the event that the space between tiles is more than an eighth of an inch, then sanded grout should be used, and if it is less, then you should use an un-sanded grout. Grout is available in different colors, so you should also choose the one that matches the tiles that you have put in place. Once you have done this, mix the grout. Mix only the amount that you will need, and do this no more than 45 minutes before application, so as to make sure it does not set before it has been applied. Apply the grout, using a gout float, over the tile. In doing so, make sure that you apply the grout diagonally across the tile, and while holding the float at a forty-five-degree angle. The reason why it is applied diagonally is that if you apply it horizontally or vertically, then you will be at risk of the float’s edge beginning to dig out the grout laid. Once the grout is laid, take a damping sponge and wipe off the excess grout. This, too, is to be done diagonally. To make sure that work is efficient, you will have to rinse the grout sponge often. Additionally, ensure that it is not very wet, lest it undoes the work done. After you’ve finished the grouting, the tiles may appear to have a haze on them. to remove this, you will have to use a lightly dampened sponge to wipe and clean them. When the application of the grout has been completed, you will have to let the grout sit for about 48 to 72 hours, according to Saws Hub. Once this time has elapsed, you can then rub the grout sealer onto the grouted tiles. This too has to be set, but it is for a lesser period, ten minutes. You will have to test the effectiveness of the seal by wetting the grout with water. If the grouting was done properly and effectively sealed, then it will bead up the water. If it doesn’t do so, you will have to re-seal it all over again.

Step 5: Application of the finish

Once the caulk has dried up effectively and everything else has been finished, you can remove the debris. For the last time, you can wipe down the tiles to make sure that there is no residue that had been missed after the other steps. After all, what you don’t want to happen is people entering the new shower and finding that it is dirty. Most importantly, you have to take care in ensuring that there are no silvers remaining from after the tiles were cut, as they would end up cutting the feet if the person using the shower. 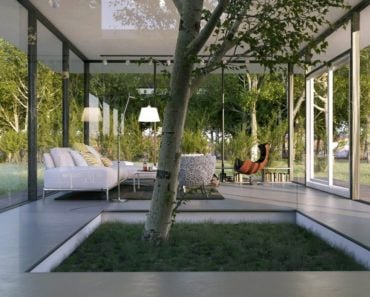 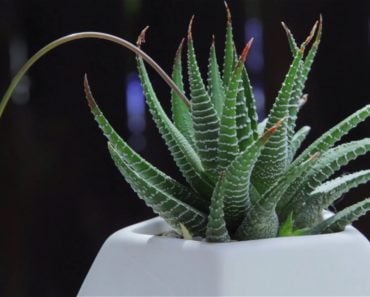 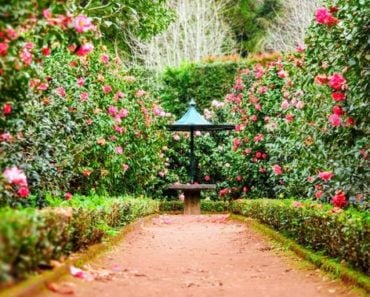 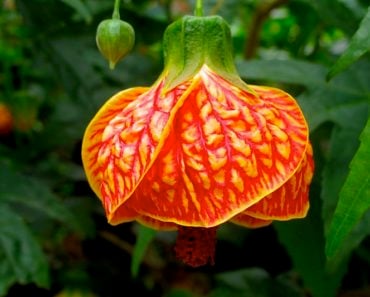 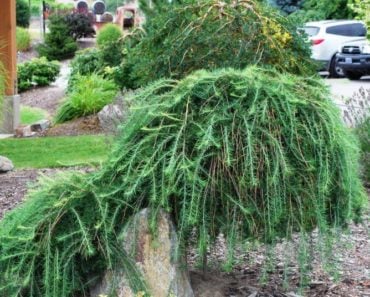 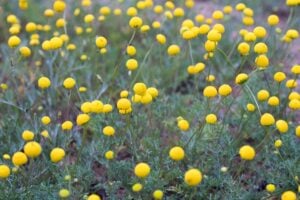