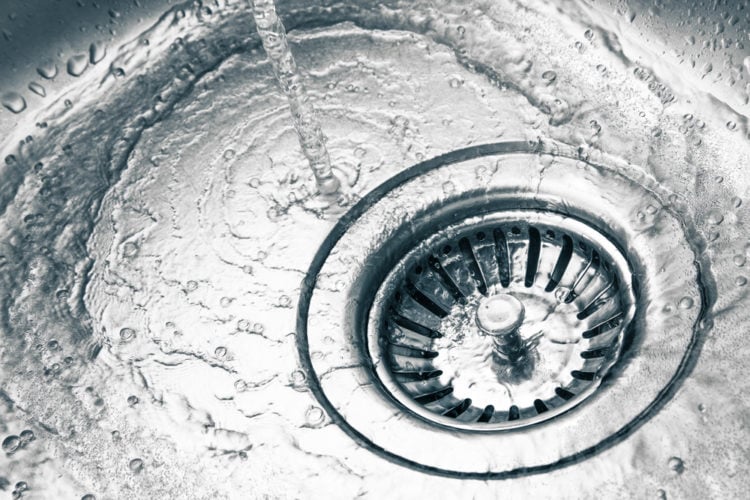 When you notice a strange smell coming from your shower drain, it’s time to take action before it gets worse. Most people encountered a smelly shower drain from time to time. If you want to learn the causes of the problem and the best do-it-yourself solutions, you’re in the right place. Here is everything you need to know about how to safely get rid of that shower drain sewage smell.

How to get rid of shower drain odors

The first step in getting rid of odors that come from the shower drain is to identify the cause, if possible. Simply adding chemicals to the drain may work in some cases, but not for all of them. We begin with this as the first step in obtaining a clean-smelling shower. We’ve used multiple expert sources to cover all of the potential causes of shower drain odors, how to identify them, and how to fix them.

Rick’s Plumbing lists the major reasons for foul smells coming from the shower drain. The first is an issue with the P-trap. This is a pipe that is located underneath the shower drain. It is U-shaped and allows the water o pass through. It holds a tiny amount of water to prevent sewage gasses from backing up into the pipes and leaving odors that smell like sewage. Inspect the P-trap to ensure that it is still holding a small quantity of water. If this trap s damaged or leaking, you’ve found the problem. You will either need to repair the P-trap or replace it to get rid of the problem. Sometimes the after in the P trap evaporates. If this is the case, all you need to do is run water into the shower for a few minutes. As the P-trap refills, the smell goes away. The second most common problem is a buildup of biofilm. Biofilm is a bacteria-laden slimy substance that can grow in your shower drain when a combination of body oils, shampoos, and soaps mix with water and accumulate inside the drain pipes. The smell can be terrible. If you suspect this is the problem, It’s wise to first clean the bathroom drain by removing any debris such as hair and other clogging debris. You can use an old coat hanger to pull hair from the drain. When you’ve completed this step, you may either use a homemade cleaning solution or buy a commercial cleaner that is made for cleaning and disinfecting shower drains.

Mix the water and bleach. Pour the diluted bleach down the drain. Next, pour a cup of baking soda into the shower drain. Then pour one cup of white vinegar down the drain and cover the opening. Allow it to fizz for a few minutes. Flush the drain with hot water.

Other causes of a smelly shower

Mr. Rooter adds that there are two other possible causes of smelly shower drains. One is a hair and soap clog. This is an easy fix. Simply remove the hair and other debris from the drain and flush with hot water. The second is a little more complicated. Leaky pipes can cause shower drain odor. To identify or rule out this problem you will need to examine the pipes leading to and from the shower. In older plumbing pipes may become corroded and need repair or replacement. In some cases, leaky fittings are the culprit and can be tightened for an easier fix than replacing sections of pipe. It’s worth noting that pipes that are heavily corroded should be replaced to prevent the problem from happening again shortly in another section of the pipe. If you have plumbing experience, it’s a job that you can do on your own. If you are not familiar with the proper pipe material to use and the associated protocols, it might be a good idea to call in a professional plumber.

If none of the fixes recommended above work, there is one more possible cause for shower drain odors. Hunker adds one more cause for smelly shower drains. If the odors become worse when you flush the toilet, the plumbing vents in your home may be blocked. Suction in the pipes might be emptying the P trap. Inspect the plumbing vents. If there is debris, clear the blockages, which are more common in winter. Plumbing vents are located on the roof. If this is the problem it’s not difficult to clear them out and relieve the problem

Smelly shower drains are an indication that there is something wrong with the plumbing in your home. This isn’t something that you should ignore. The problem may be something as simple as removing debris from your shower drain or cleaning the biofilm that has been collected. In some cases, more serious problems are the culprits. If leaky pipes are the cause of a smelly shower drain, it’s essential to have them repaired to stop the leaks as soon as possible. The moisture that is leaking into your walls and possibly floors can cause mold, mildew, and rotting of the materials that support our tub and shower. It doesn’t take long for a problem like this to cause damages that are expensive to repair. The first thing to do when you smell a stink coming from your shower drain is to find out what’s causing the problem. Start with the things that are easiest to spot and fix, then continue moving on to the more complex problems until you find out what’s causing the problem. Don’t be afraid to ask for help if you feel stuck.