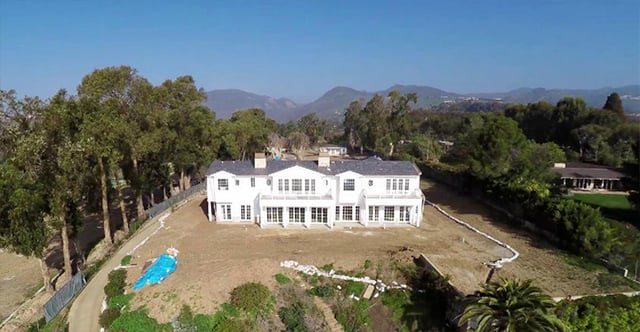 Laurene Powell Jobs is a billionaire heiress, executive, businesswoman, and philanthropist. She is probably best known as the widow of the late Steve Jobs, the co-founder of Apple Inc. However, she has also had a successful career as a businesswoman in her own right. Prior to attending business school, Laurene Powell Jobs worked for Merrill Lynch Asset Management and as a fixed-income strategist for Goldman Sachs. She met Jobs while she was a business student at the Stanford Graduate School of Business, and he attended to give a lecture. They married in 1991 and went on to have a son and two daughters together. Jobs also had a daughter from a previous relationship whose paternity he initially contested, and Powell Jobs is now her stepmother.

In her career, Powell Jobs co-founded a natural foods company called Terravera and served on the board of directors for Achieva, a company that creates online tools for students to study. Following her husband’s death in 2011, Laurene Powell Jobs inherited 38.5 million shares of Apple Inc. and a stake in The Walt Disney Company worth approximately $11.1 billion. According to Forbes, she has a net worth of $23.4 billion. Powell Jobs’ wealth has given her the opportunity to invest in many companies and to set up the philanthropic organization Emerson Collective. It has also allowed her to take her pick of luxurious properties. Her dream is to create her perfect estate in Malibu, and her latest investment is a waterfront property that neighbors her estate, for which she has reportedly paid $17.5 million.

An Overview of the Oceanfront Malibu Home

The two-story property was built in 1956, and measures 2,700-square-feet internally, says Dirt.com. It boasts five bedrooms and three bathrooms. While to the average person, this may seem like a good-sized family home, it is a tiny cottage in comparison to the mansions of Paradise Cove and elsewhere in One of the most unusual features of the property is its location, as it sits on the sand at Paradise Cove, and it is only possible to access the property’s driveway from Paradise Cove’s public parking lot. However, the access issues will probably not concern Powell Jobs, as it seems that her intentions are to link the property with two existing pieces of land she already owns. The previous owner of the Powell Jobs’ latest purchase was Sammy Chao, a Hong Kong-born restaurateur and nightclub owner. One of the businesses he owns is the famous Los Angeles nightclub Mayan. Chao purchased the property in 1999 for $1.75 million, significantly less than Laurene Powell Jobs has paid for the property. When he sold the house to Powell Jobs, it was a direct sale, as the house was never officially listed on the market. Prior to Chao buying the property, it was used as a location for various television series and films throughout the 70s, 80s, and 90s. Some of these include ‘Charlie’s Angels,’ ‘The Waltons,’ ‘The Rockford Files,’ ‘T.J. Hooker,’ and ‘The Twilight Zone,’ amongst others. It also featured in four episodes of ‘Dallas’ in 1991. Despite the property appearing in so many television series, there is very little known about the specific detail of the house, other than its size and the number of bedrooms and bathrooms. There are also very few photographs available of the property.

In July 2015, Laurene Powell Jobs began her mission to create a paradise estate in Paradise Cove, Malibu. Her journey began when she paid $44 million for a mansion. However, she was only interested in the land and had the mansion demolished before beginning construction on a bespoke property. According to Variety, the estate had previously belonged to Jack Ryan, an entrepreneur and former banker. He had paid $11.5million for the property in 2010. When Ryan bought the estate, it was a two-parcel property covering two acres. He demolished the existing property and replaced it with a large, Colonial-style mansion. He also added a pool house to the grounds and began renovations on the two guest houses that sat at the bottom of the bluff by the sand.

However, Ryan and his wife decided to sell the property rather than to complete the work and put the house on the market. At the time of the sale to Laurene Powell Jobs, the combined size of the properties on the estate was 13,000-square-feet, and it boasted a dozen bedrooms and a dozen bathrooms. After Powell Jobs bought the estate from Ryan, she then paid $16.5 million for the house next door in February 2017. The Property sits directly between the first property purchased by Powell Jobs and the Pacific Coast Highway. Real estate experts from the area suspected that she would want to buy the plot before she made the purchase off the market. Other than aerial photographs, there are very few photographs of the property to give specific details about the house and land. However, records from the sale do reveal some information about the estate. It is known that it is a two-story property measuring 4,058-square-feet that has a red tile roof and a large attached garage to accommodate four cars. Regarding the grounds, there is no pool, and the land is largely overgrown and unkempt. Following her most recent purchase of the other neighboring property for $17.5 million, she has now spent more than $80 million on the land and properties. This figure does not include the construction costs of building her new home.

In addition to the three lots in Malibu that form Laurene Powell Jobs’ estate, she also owns several other properties. She owns a $16.5 million mansion in San Francisco, a horse ranch in Wellington, Florida, and three estates in Silicon Valley, California.