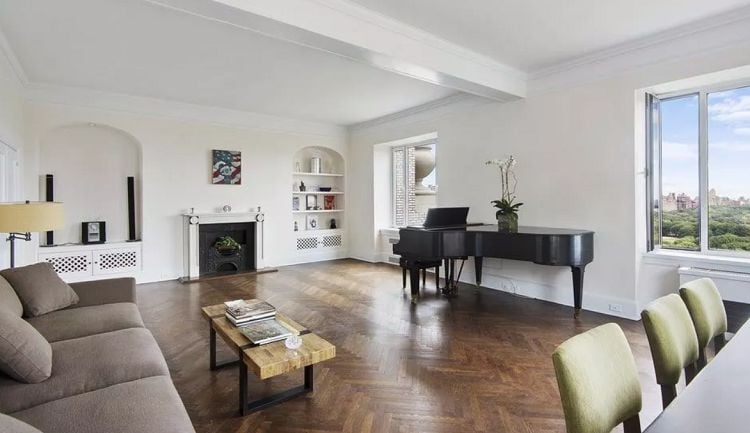 Luciano Pavarotti was born in Modena, Italy, in 1935, and he died in his hometown in 2007. He was a professional operatic tenor who began his career in 1961. Pavarotti became one of the most famous and best-loved tenors of all-time. He was known for his operatic performances across the globe and for recording numerous individual arias and complete operas. During his lifetime, he sold more than 100 million records. Pavarotti was also one of the Three Tenors, who first performed together at the 1990 FIFA World Cup. His final performance as a professional operatic tenor was at the 2006 Winter Olympics in Turin, when he performed ‘Nessun Dorma.’

Due to his professional success, Pavarotti was a wealthy man, and this allowed him to buy multiple properties. As he traveled all over the globe to perform, Pavarotti owned properties in many locations. According to Wikipedia, his estate at the time of his death was valued at approximately $474 million. It included an estate close to Modena, a stunning villa in Pesaro, an apartment in Monte Carlo, and three apartments in New York City. His family was able to settle his estate amicably between themselves. When he died, Pavorotti had left behind his second wife, four daughters, and a granddaughter. It is one of his former apartments in New York City that is now for sale, and it is listed for $13.7 million. Here is a closer look at this beautiful property and what it has to offer. Pavarotti’s New York apartment is in a prime position in Manhattan overlooking Central Park. Therefore, there is a sense of openness despite the urban location of this property. This property is convenient for those who work in the city. It is close to all the amenities, restaurants, landmarks, and entertainment venues for which Manhattan is famous. According to Home Stratosphere, the apartment is on the 23rd floor of The Hampshire House, which is a pre-war co-operative building constructed in 1931. In addition to its sought-after location, The Hampshire House is known for offering white-glove service, which adds a sense of luxury to living in this property. The singer owned this apartment for thirty years prior to his death, and he used it as one of his bases when he was performing in the United States. It is also where he entertained friends, many of whom were connected to the music industry, including Placido Domingo. Andrea Bocelli, Jose Carreras, Jovanotti, and Sting. Most of the apartment remained the same during the thirty years that Pavarotti owned it, and many of the features are original. Two of the property’s most distinctive features are the herringbone wooden floors throughout and the 10.5-foot beamed ceilings. There are seven rooms in this spacious 2,000 square foot apartment, including two ensuite bedrooms and two bathrooms. The master ensuite also has a windowed dressing room. In the past, Pavarotti owned two more apartments in the same building. He used these properties for his staff and bodyguard. However, these properties have already been sold. There is now just his personal apartment for sale for $13.7 million.

Inside the Apartment in Manhattan

On entering the property, the first room you see is the wide foyer. Like the rest of the apartment, this entranceway boasts herringbone wooden flooring, high ceilings, and white walls. This room leads you through to the main living space. The living room is large enough to become a multifunctional space, as you can use different sections for different purposes. In one section of the room is a seating area, while the other end of the room is a dining area. This room also houses Pavarotti’s grand piano. One of the best features of the living room is the dual aspect windows. Two of the windows offer views over Central Park, while the window on the other wall boasts views over Manhattan. Another interesting feature of this room is the high, beamed ceilings, and the beams are painted white like the ceiling and walls. Between the kitchen and the living room, which is also called the great room, there is another foyer that has a large window and white cabinetry with shelving for storage. This entryway leads through to the modern kitchen, which boasts all the high-end fittings and appliances that you would expect in a modern kitchen. The kitchen has white cabinetry, which matches the neutral décor of the rest of the apartment. The master bedroom is spacious, and the sense of space and light is enhanced by the dual-aspect windows, the high ceilings, and the continuation of the white theme on the walls and ceilings. It currently has a large, wooden sleigh bed and a rustic wooden dresser says Top Ten Real Estate Deals. An ensuite bathroom from the master room gives the homeowner additional privacy and convenience. There is a second bedroom with an ensuite bathroom at this property. Although slightly smaller than the master bedroom, there is still plenty of space. As with the rest of the apartment, it has neutral décor, high ceilings, and herringbone flooring. There are views over Manhattan from the window in the second bedroom. The price tag of $13.7 million for this Manhattan apartment means that only the rich, famous, or elite could possibly afford to buy this property. However, the price reflects both the space available with the apartment, its sought-after location, the service included with the property, and the high-specification of the interior décor and fittings. It would ideally suit someone who works in New York and needs a convenient lifestyle close to amenities and transport links. However, its location overlooking Central Park means that it will also suit someone who enjoys spending time outdoors and who likes a touch of greenery despite the urban location.