Home
Architecture
What is a Tiny House Kit and Is it Right For You?
Prev Article Next Article 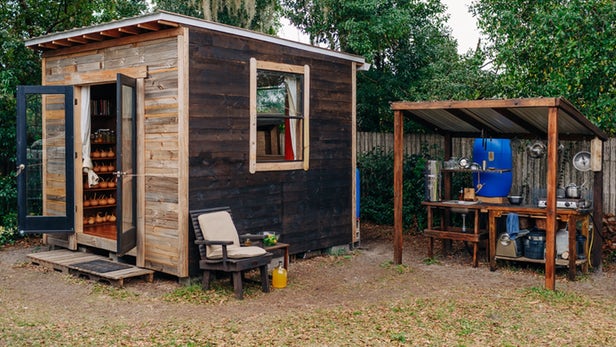 Sometimes, it can be very difficult to figure out what a movement is about based on its name and nothing but its name. Other times, not so much. For proof, look no further than the tiny house movement, which is exactly what it sounds like in that it consists of people who believe in living in a simpler manner in smaller houses. With that said, it should be mentioned that there is no strict definition for what can and can’t be counted as a tiny house. There are those who consider anything that is less than 500 square feet to be a tiny house, but this is by no means a universal standard. Instead, it might be useful to focus on the shared principles of the tiny house movement, which include frugality, convenience, and an increased emphasis on local communities.

There are a number of potential upsides for people who choose to live in tiny houses. For starters, tiny houses are much, much cheaper than their not so tiny counterparts, so much so that there are sources that estimate that building one costs about $23,000 on average. For comparison, building a normal-sized house costs about $272,000 on average, which means a lot of savings that can be put to much better uses elsewhere. Some examples include but are not limited to more luxuries, more leisure time, and increased retirement savings.

Due to this, it should come as no surprise to learn that it is much, much easier to own a tiny house as well. This can be seen in how something along the lines of 68 percent of tiny house owners own their homes free and clear, whereas no more than 29 percent of normal-sized house owners can say the same. Better still, mortgages can get very, very expensive in the long run, thus making for even more savings for interested individuals.

Naturally, tiny houses are much cheaper to use as well as much easier to maintain as well. Simply put, tiny houses have fewer requirements when it comes to fuel, water, and electricity, thus making living in them much more affordable for most people. On a related note, less space means less stuff to take care of, meaning that there is less hassle in that regard as well.

Should You Consider Getting a Tiny House Kit?

Certainly, there are benefits for people who choose to build their tiny houses on their own. First, they can save even more on costs than if they choose to buy their tiny house. Second, they can pick up some new skills in the house-building process, particularly if they are unfamiliar with building structures. Third, there are DIY kits out there, meaning that the process isn’t quite as difficult as it might seem on initial consideration.

However, people who want their very own tiny house should look at the downsides as well. Simply put, building a tiny house might be easier than building a normal-sized house, but it is still a complicated and time-consuming process in its own right. As a result, interested individuals might not be able to spare so much of their limited time, effort, and other resources, particularly if they are planning to do everything on their own instead of getting any assistance. Moreover, it should be noted that people without the necessary house-building experience are likely to make mistakes along the way, which is a huge problem because each mistake will mean further expenditures of time and money. Even worse, people are going to be living in their tiny houses, meaning that they need to be able to count on their residences to be safe and sound. Something that can’t be guaranteed if their house-building capabilities are lacking.

Summed up, while building their own tiny house can be an attractive option, interested individuals should make sure to evaluate their choices with care and consideration. They are the ones with the best understanding of their capabilities as well as their available resources, meaning that they are the ones in the best position to make the right decision for themselves.