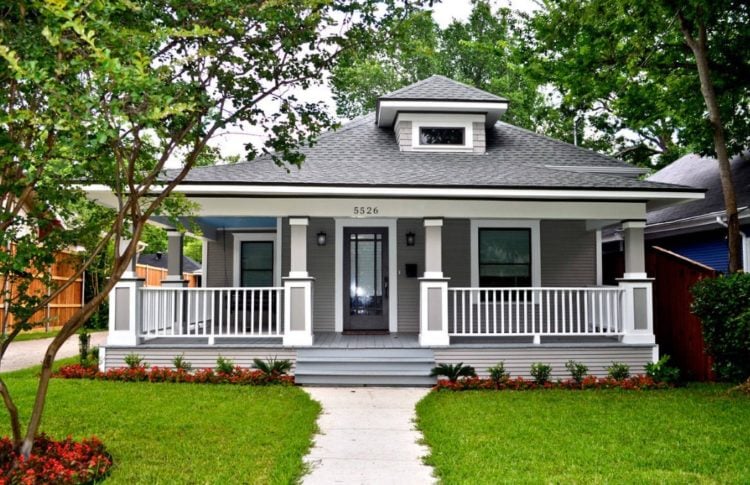 Unless you have a keen sense of architecture or simply know a lot about the various styles of homes, chances are you will associate the name Craftsman with the historic line of do-it-yourself tools sold by Sears and Company that once had the lifetime warranty. But a Craftsman home is actually an architectural style, one that emerged from a European Arts and Crafts trend that found its way to America in the late 1800’s and early 1900’s.

One of the most obvious features are the wide eaves on the roof that hint to a roomy upstairs or second floor space. Some purists maintain that a true Craftsman home is no more than one and a half stories high, but some people perceive the roominess and livability as a second floor. Moving your eyes down towards the front porch, you will notice that it is considered to be spacious and is always covered. Some Craftsman homes will have a second floor balcony that sits right above the porch. Instead of looking out of place, it fits right in with the wide eaves and low roof of the home’s design. If you see no pillars supporting the porch structure, then it isn’t a true Craftsman home.

But unlike many architectural styles, the Craftsman home has an actual philosophy associated with it. According to Antique Home, “its philosophical foundation … was predicated on a more functional aesthetic, natural materials, and a greater degree of craftsmanship.” The focus was on more than a simple design, creating a living space that was both functional and easy on the eyes. The use of natural materials required a high degree of craftsmanship, and the end result would be a home that was comfortable looking and comfortable living in. Many people believe the builders succeeded in this goal. Often, people will refer to the Craftsman style as a bungalow because of the cozy feeling its owners get from living in it. 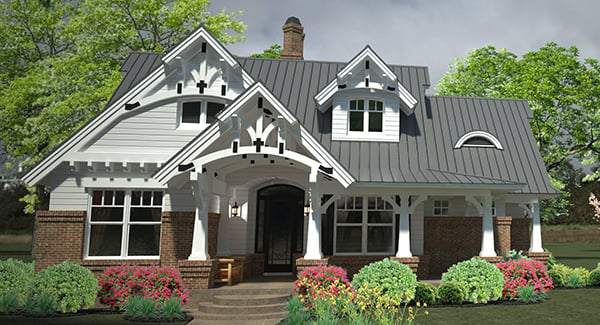 Here is where you need to pay close attention to the architectural design because not only does it define the style, but also is a reflection of the times in which it was constructed. If you can look from one end of the home to the other without having to look through doorways or cased openings, it is not a Craftsman home. One of the major concepts during the early design was to give everyone in the home a sense of privacy and personal space. At first glance, this concept may make people think it will have a cramped or claustrophobic aura to it, but the reality is quite the opposite.

When you walk into the main entryway to the home you will immediately get a sense of spaciousness. One reason for this is to make guests feel welcome, while also preparing them for one of the key characteristics of the Craftsman home – compartmentalization of space. The flexibility that the walled-off areas offers is seen when walking through the home and noticing the different wall colors and personalized space created by each homeowner. You can walk from one room to another and it is as if you are walking from one reality to another. Many Craftsman homeowners cherish this feature since it strikes a chord of individuality for each member of the home, yet all under a single roof.

Before the days of central heat there was the fireplace to keep the family warm. In a Craftsman home the fireplace is where people would gather around for casual conversation or entertainment. Conceptually, the idea of eliminating the fireplace is an architectural horror. If you walk through a purported Craftsman home and find virtually everything in order except a missing fireplace, either the previous owners desecrated it or it isn’t the real thing. Feel free to leave immediately without apology.

One interesting lesson in home lighting you will learn when looking at a Craftsman home is the necessity to have all the staircases located next to the exterior walls of the home. While spiraling staircases at the center of the home may be aesthetically pleasing to some, the concept violates the idea of simplicity and comfort. From a lighting viewpoint, staircases in the middle of a home create a dark space or shadow because they block light from the second floor from shining downward. Though the compartmentalization characteristic would seem to also violate this principle, every room has an entryway and perhaps a door, allowing light to shine through from one room to another if desired. 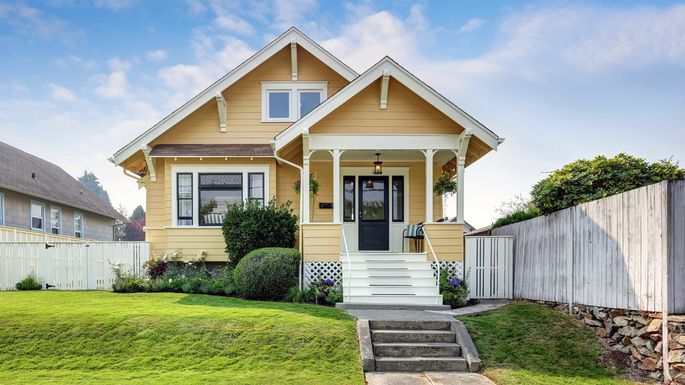 A characteristic of the moldings around walls and windows is their thickness, or width. No skinny trim can be found around a true Craftsman home because it requires a true craftsman to make the moldings fit in with the design and ambiance of a room. Applying this feature throughout the home consistently requires a true sense of design and architecture. To be convinced of this, all you have to do is compare the Craftsman style interiors walls to that of almost any other home.

Craftsman-style homes were built during a time when the family would gather around the table and have dinner together. It was a more formal setting for family gatherings, as opposed to sitting around the fireplace. For this reason, the dining room area is separate and distinct from the kitchen. Because it was a family room in a formal setting, it is considered a private space that is privy to only a select few. In contrast to the entryway which is large and obviously very public, the dining room was relatively small, and windows were placed to maintain a high level of privacy from neighbors or passers-by.

In the original style Craftsman homes there was rarely any electricity, which meant its primary function was to store and prepare food for meals. It was essentially strictly a work area, so when the family met in the dining room everything was already prepared. Electricity and refrigerators have become essential for modern living, so the design change and purpose are a natural evolution of the area. The modern Craftsman designs have made the kitchen more accessible and has actually morphed into a place that connects the personal space of the dining room. This distinction is important to notice, simply because it tells you if you are in a redesigned or more modern style of Craftsman home.

The living room will usually have bookcases that flank the sides of the fireplace as a feature to emphasize the value of reading and education from the early days of the European Arts and Crafts trend. Windows in the living room are placed to maximize the amount of sunlight that will allow for reading, generally higher in the room when near the fireplace.

Unlike the more modern concept of the den, the den in a Craftsman-style home will be more of a private space than not. It will be a smaller space, often located upstairs and away from the major home traffic areas. Its original purpose was a quiet space for play time or study, but has since evolved into an area that is used to separate its original purpose of a study area from modern entertainment centers such as stereos, television, and gaming systems. Some are not suited for older (or taller) children as they have low ceilings. Note that the low ceiling makes the den a really private space if you are a philosophical purist.

There has to be a place to sleep, and here is where you might run into some confusion about whether a home is a true Craftsman design. In the early days of design the concept of a master bedroom was unknown, making every bedroom of equal importance. The bottom floor was for living; the upper rooms were for sleeping and resting. Once the concept of the master bedroom arrived, it affected the dimensions of the livable space that was previously equally apportioned. The current trend is to allot children a 10 x 10 foot area for their bedroom, with the dimensions of the master bedroom allowing for a queen size bed to fit comfortably within the design space along with room for a nightstand and a dresser or two. In regards to the number of children that can comfortably fit on the second floor, keep in mind this is a bungalow style home.

In closing this section on the interior characteristics, the importance of the design and philosophical function of the staircases cannot be ignored. Earlier it was mentioned that their location is critical to the lighting scheme of the home, but from an architectural perspective they are the passageways from the very public spaces to the very private ones. Some actually see the staircase as a vertical public room. Don’t be so quick to dismiss this idea as going too far, as there have been some very interesting and unique discoveries made by people who went looking underneath staircases in older homes of every style.

When you consider the staircase as a transitional room, you will look at it from a different living perspective. Pictures of family are often found along the walls of the stairs, as well as bookcases and decorative objects of art. Creative people have been able to use the space underneath the stairs for storage. In a Craftsman home you may not find any sub-stair compartments, but keeping the basic concept of a transitional room will help you recognize the architectural style.

According to Quicken Loans.com there are 4 basic styles of Craftsman homes :

Of these four categories, other than the bungalow the others are basically subcategories of the original Craftsman, which was the primary focus of this article. The Mission Style has stucco walls, which is hardly a feature of the original philosophy of the Craftsman design. The Four Square design is very inflexible, as it has a predetermined 4 rooms on the both first and second floors.

Hopefully by reading this article you have a better idea of what to look for – and know what you are paying for instead of settling for something less than a true Craftsman style home. There is a reason they continue to be popular, especially if you are patient and look for a home that follows the philosophy and original architectural design of its European and Californian roots. Remember that the philosophy and concept are borne out of aesthetics, not convenience. 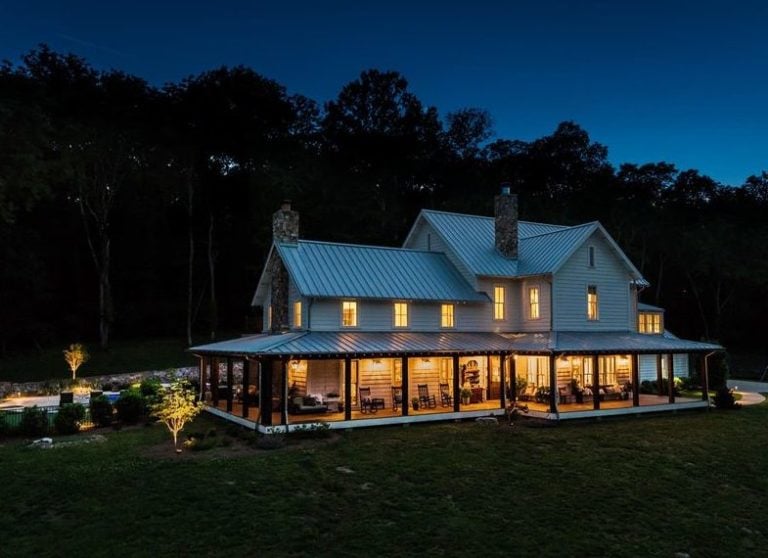 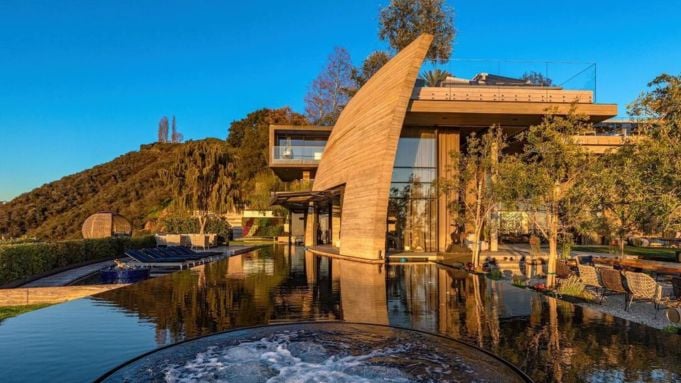 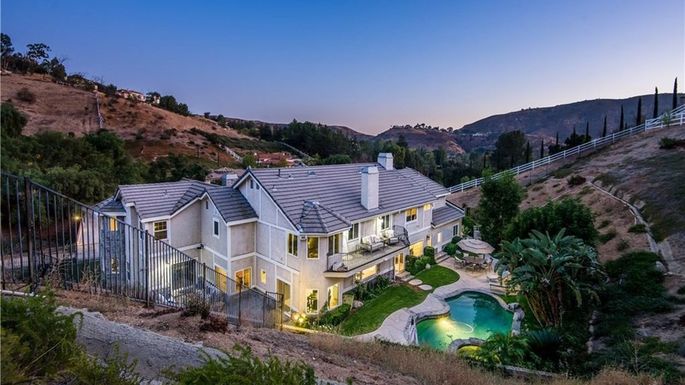 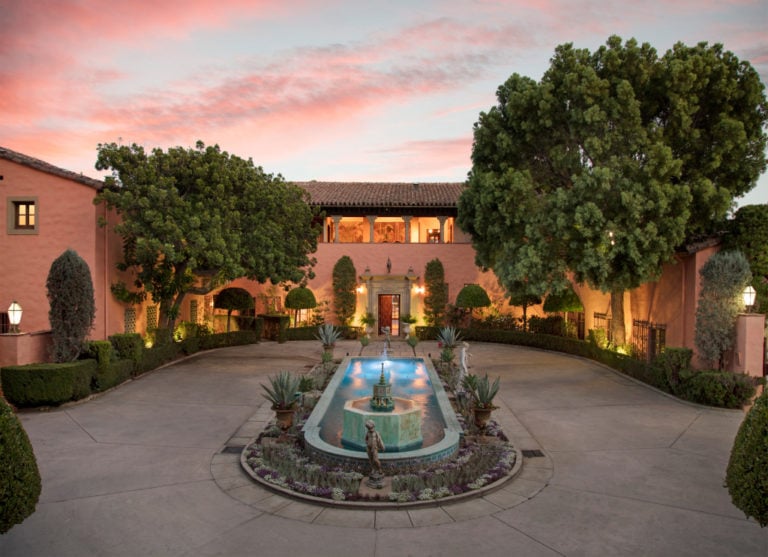 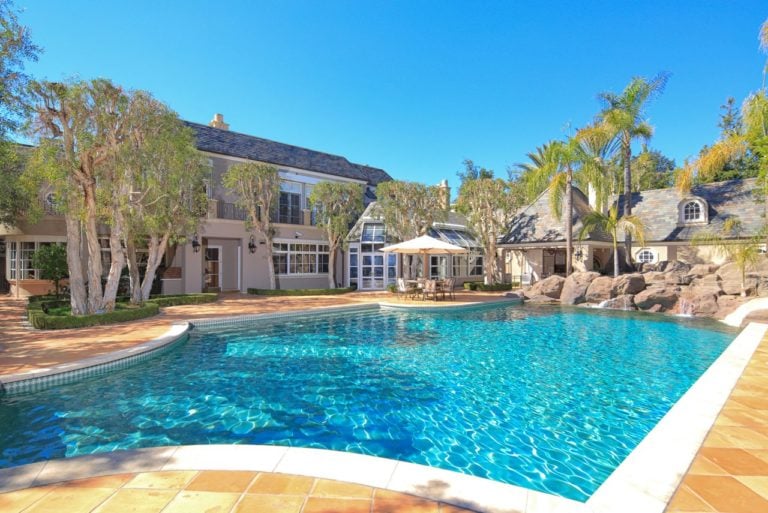 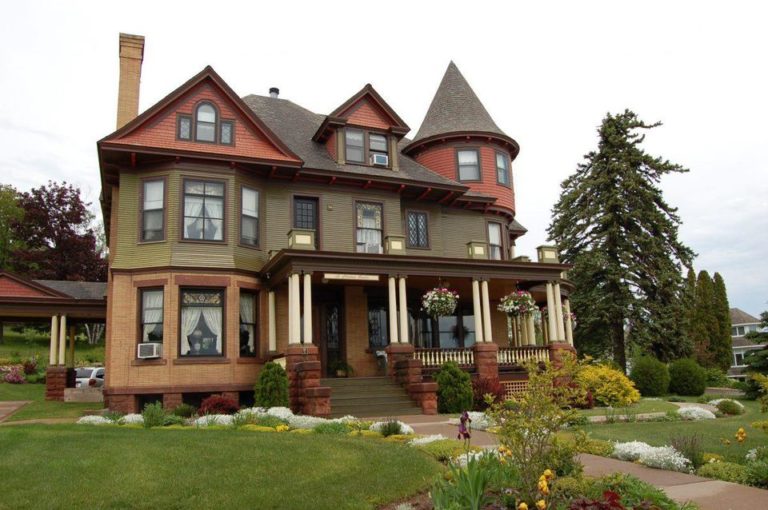 For over 200 years, the dollhouse- like exteriors, intricate trims and vibrant colors of Victorian houses have been catching the eyes of potential buyers and causing millions of us to re-think our housing budgets. What…