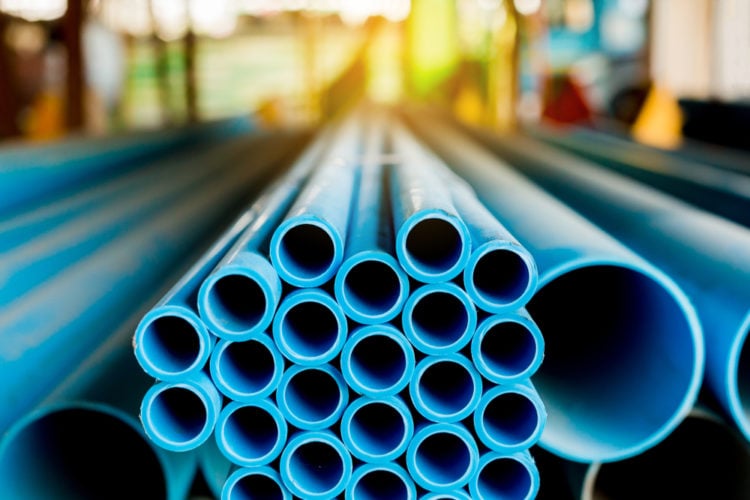 When looking for the best construction materials for your office or home, you are probably on the hunt for durable, high-quality supplies that can be fitted into any building structure and last long. As such, when it comes to choosing new windows, new siding, or new pipes, it is advisable to understand the difference between UPVC and PVC pipes. You also need to learn the qualities of each of these pipes so you can pick the one that offers long-lasting, affordable, and sustainable service. Let’s review the differences between UPVC and PVC Pipes.

What Is PVC Pipe?

Polyvinyl chloride, or PVC, is the third most widely manufactured artificial plastic polymer on a global level. PVC is sometimes referred to as RPVC due to the stiff shape of the pipes. In most cases, it is commonly used for wrapping food materials and manufacturing cards and bottles. It is also used in pipe constructions of certain building applications such as on windows, balconies, and doors.

What Is UPVC Pipe?

The “u” in UPVC pipes stands for “plasticized.” The extrusion and process style used in this pipe makes it very popular in the market as it significantly improves the structural performances of components and buildings. Moreover, its innovations are stunningly impeccable by offering better building performance that ensures energy efficiency and environmental sustainability.

Though UPVC and PVC pipes and fittings are different, they are often confused with one another as both of them are manufactured from Polyvinylchloride. These two pipes also exhibit different properties and are thus used in diverse applications. Let’s take a closer look:

Essentially, there is one major difference that distinguishes UPVC from PVC pipes. The latter normally contain the two plasticizers – phthalates and BPA – that make it more flexible than uPVC pipes. UPVC pipes are often referred to as rigid plastic because they do not contain these additional plasticizing materials.

In most parts of the globe, apart from the United States, the PVC pipe is the most widely used plastic pipe for the transportation of non-potable water and construction of sewer lines. On the other hand, the uPVC pipe is most commonly used for water pipes as it has smooth inner walls that allow water to steadily flow with minimal turbulence. UPVC pipes are also more resistant to a wider range of temperatures and chemical erosion, unlike PVC pipes. Both pipes are not used for residential water pipes, as chlorinated polyvinyl chloride (CPVC) is preferred here.

UPVC pipes are generally safe because they do not contain plasticizers like BPA or phthalates. In contrast, PVC-coated wires pose a health hazard when exposed to fire due to the production of HCl fumes. The environment is also affected when the plasticizers used in PVC pipes leak out. Moreover, some phthalates like DEHP, Dibutyl, and benzyl butyl used to make plastic pipes more flexible have been banned or restricted due to mainstream health and environmental concerns. They are being substituted with much safer phthalates.

PVC pipes are usually less durable than UPVC pipes as they are strategically designed to be more flexible and softer. However, both of these plastic pipes are superiorly resistant to oxidation corrosion by various chemicals and sunlight.

Generally, a majority of UPVC and PVC products are affordable, which is the primary reason they are commonly used in manufacturing cheap products. PVC pipes are sold by weight, length, and thickness of the pipe.

Both UPVC and PVC pipes are non-biodegradable. However, UPVC pipes are recyclable and can be remodeled into new items at extremely high temperatures.

Since PVC pipes are very flexible, they are often used to produce a large number of construction pipes. Larger PVC pipes are widely used in plumbing to help transport non-potable water. They are also considered the best option for insulating electrical cables. Meanwhile, UPVC pipes are made from a very versatile material that can be remodeled into many shapes or made to look like other products such as wood. UPVC pipes are also used as substitutes for wood in construction, such as in window sills and double glazed window frames. They can also be used as a replacement for cast iron in certain types of heavy-duty draining and plumbing jobs.

Although PVC is not frequently used in window frames, some manufacturers opt for it due to its price and availability. UPVC is more preferred for use in window frames as it is weather-resistant and does not decompose under normal weather conditions. Additionally, UPVC pipes are the perfect replacement for metal or wooden door frames as they are more energy-efficient.

PVC and UPVC Vs. CPVC

PVC, CPVC, and UPVC products are all thermoplastics, but UPVC is a form of altered PVC with the omission of plasticizers. CPVC is quite different from the two as it has been altered by a free radical chlorine reaction that boosts its chlorine composition. This simple chlorination reaction makes all CPVC products have a high-temperature rating of 200°F and be more susceptible to hot water systems than PVC pipes. PVC pipes have a temperature rating of 140°F. When it comes to purchasing CPVC pipes, they are normally sold in a nominal pipe size, which is the same size as that of a galvanized steel pipe. They are also sold in accordance with the size of the copper casing for copper plumbing systems. Unlike PVC pipes that are mostly white, CPVC pipes and their fittings are cream-colored.

Since the middle of the 20th century, PVC pipes have been used indoors, windows, furniture, and other constructions. UPVC pipes, or rigid PVC, offer more advantages than PVC pipes.