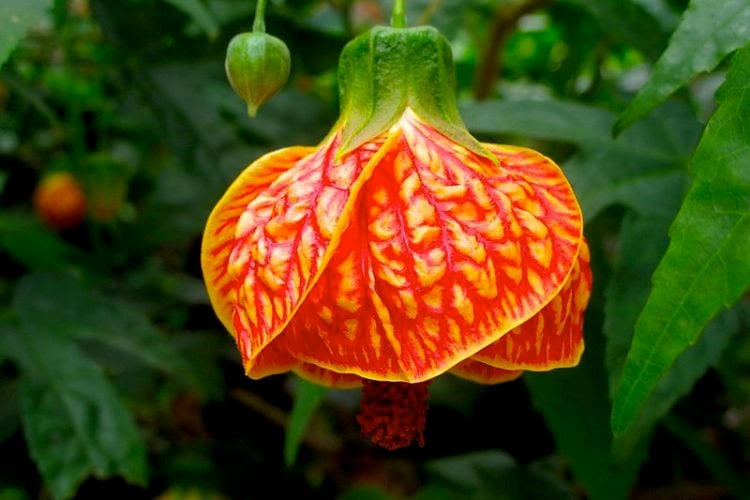 The Chinese lantern plant is usually found in regions covering Southern Europe, Northeast and Southeast Asia, and is a popular ornamental plant which is helped because it can be cultivated in more temperate climates.

Alternatively named the strawberry tomato, or the Japanese lantern, the winter cherry, or the bladder cherry, the Chinese Lantern is capable of holding out at temperatures below minus twenty-degrees centigrade.

According to Gardening Know How’s article about how to care for the Chinese lantern plant, it is a member of the Nightshade family of plants, and it also has a resemblance to husk tomato plants.

In the same article, it is said the most distinctive thing about the plant is the seed pod which grows on it. The seed pod is quite large and is a red-orange in color and due to its shape and appearance which is akin to a Chinese lantern and has a rather papery touch.

Fruit Inside the Plant

However, the pods are mostly used in dried flower arrangements. People simply cut the stems and the leaves are then removed while leaving the pods alone while keeping the whole thing standing upright in an airy place which is dry. The pods retain their color throughout the process, and they stay like that for years while the pods themselves don’t deteriorate.

Some people, wanting interesting shapes to come out of the drying process, usually lightly cut along the pods’ veins, making them curl into different shapes while they dry out.

The seeds of the Chinese Lantern plant are used in the Japanese Bon festival, a tradition where the seeds are used as offerings to guide the souls of the dead.

Facts about the Chinese Lantern Plant

To grow or not to grow

The plant is highly invasive, and they spread everywhere rhizomes; a type of stem which runs horizontally under the ground, creating new roots as they go, according to the adjoining article which explains what they are, which also describes the similarities between invasive plants and aggressive types of weeds.

Some plants which reproduce in this manner tend to be highly aggressive, such as the Japanese knotweed, poison ivy, and the stinging nettle, though the more aggressive types – including the Chinese Lantern plant – include the Plume Poppy, the Virginia Creeper, and the Tansy.

Initially, a green plant in color, the Lantern plant’s pods mature right at the end of the fall, and the color changes during autumn which makes them appear as Jack O’Lanterns, as the article written about them in Spruce describes.

The pods become a brown-yellow in color, similar to other plant leaves though the shape and the papery feel of the seed pod make it resemble a pumpkin. There are two ways to grow the Chinese Lantern plant – from seed and by cutting.

How to Grow the Chinese Lantern Plant from seed

Despite their invasive nature, Chinese Lantern plants can still brighten up the garden, and when their seed pods ripen they can be decorative with their red-orange hues. According to GardenNerdy’s article on how to grow the Chinese Lantern plant, growing them is easy enough since they can be grown from seeds. Just remember – these plants are invasive.

One way of stopping it becoming too invasive would be to grow them in pots. It’s also possible for you to grow the plant in trays kept indoors before planting them just after the frost. Young plants are vulnerable to chillier temperatures, it is only when they’ve become fully established in the garden they are more resilient.

The plants can grow in places of partial shade, but as long as they have enough sunlight reaching them then they will grow quite healthily, in a soil which is moist and rich, but not too soggy.

Late spring is the best time for the Chinese Lantern plant to be grown in because it will be just after the frost. It’s recommended they’re grown indoors because they have a long period of germination according to The Gardener’s Network on growing the lantern plant.

They should be grown during a period of four to six weeks, but when they’ve been planted they should be given a general purpose fertilizer on a monthly basis, and a layer of mulch should be put down to keep the soil rich and moist while keeping out the weeds at the same time.

The Chinese Lantern plant should ideally be grown two feet apart from one another or from other plants nearby so they can spread their roots, and if needed they should be protected from the full glare of the sun during the afternoon, according to The Garden Helper. Once they’re fully planted the plants will survive on their own, which makes them great for first-time gardeners though they should never be eaten except for the ripe fruit they produce.

The best soil conditions for the Chinese Lantern plant, according to My Folia, should be fairly sandy, weakly acidic and weakly alkaline. Once they’ve been planted into the ground, it should only take a couple of weeks before the plants are fully established in the soil.

How to Grow from Cuttings

This article from Garden Focused says the best cuttings come from the roots, but a sprig which is healthy in appearance and has green growth around it will do just as well. Chinese lantern plants have ‘runners’ rather than roots, and if you see one with greenery growing from it, just cut it off – just an inch should do.

Once you have the cutting, plant it in multi-purpose soil filled in a container. Again, make sure the soil is moist but not soggy, and keep the container moist throughout the growing period – it might also be a good idea if the container is sprinkled occasionally with a fertilizer – the best would be blood, fish and bone.

How to care for the Chinese Lantern plant

According to Love to Know, it should be watered on a weekly basis before it has become fully established in the soil. Care should be taken – if watered too much then the plant will die from root rot.

The fertilizer should be 10-10-10 general purpose, at least once during the springtime and once during the summer time. Once the plant has been established in the soil, it will be fairly resilient and will need little care, though if they become too big or if they spread too far then they should be cut back.

Like most plants, the Chinese Lantern plant is vulnerable to insects such as cucumber beetles, flea beetles, and lastly false potato beetles. Deer will not touch them. The plants do grow quite rapidly once they’ve become established in the garden and they tend to ignore any pests which attack them.

Slugs and caterpillars can be a problem for the plant, the slugs will just hide underneath the dense foliage of the plant. The only way to deal with them are the conventional methods of dealing with slugs, like pellets.

Watch out for Black Rot

Black rot is also a danger. According to the Burpee article on Chinese Lantern plants, Black Rot is a bacterial disease that can harm the plant. It thrives in humid conditions and it attacks the leaves of the Lantern plant. Its symptoms don’t seem to be too harmful – yellow/orange lesions on the edge before the leaves fall off.

It’s also possible for the seeds to die even if they appear healthy. This is because of Damping-off, a fungal problem when there is too much moisture in the soil and the temperature is above sixty-eight degrees Fahrenheit, though it could also mean there is too much nitrogen present in the fertilizer.

Uses for the Lantern plant

Aside from its use in Japanese tradition and its use on Halloween when people can use its seed pods for Jack O’Lanterns, the Chinese Lantern plant is used mostly to attract butterflies into the garden.

It can also be used as a border plant and for edging around the garden despite it being quite invasive in gardens in the United Kingdom and in the United States, which is one of the reasons some gardeners grow it in containers. While the fruit is edible and can have a bad taste, there are some moments where the fruit is good, like when the fruit is dried or cut.

The Chinese Lantern plant is extremely hardy and resilient despite being vulnerable to certain insects and diseases. The best thing to do when you plan on growing one is to plant it in a hole with plenty of space all around to limit the chances of disease. Cut back the leaves of the plant, but don’t put the foliage in a compost bin. 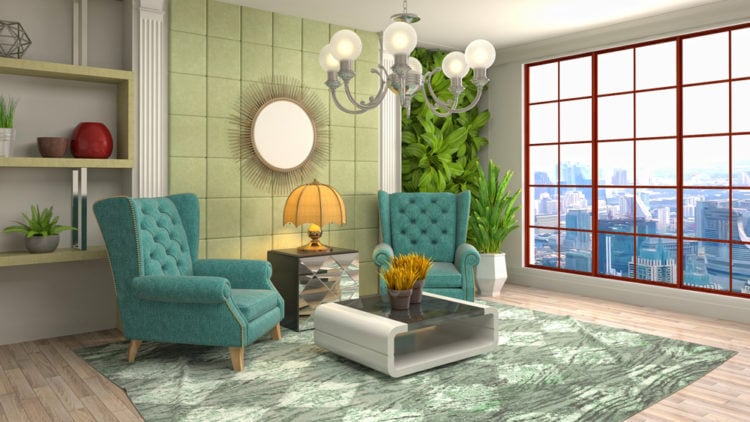 Searching for the best online used furniture stores is probably the first thing that comes to mind when you plan to purchase furniture at a reduced cost. However, searching by shopping around and comparing several… 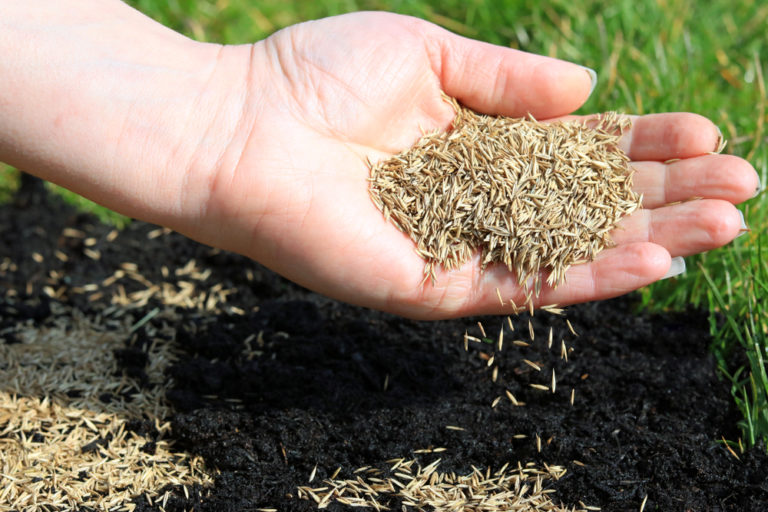 Trying to grow grass seed can sometimes seem like an exercise in futility, especially when you’re trying to grow it in soil that is exceptionally hard. There are a lot of different reasons that soil… 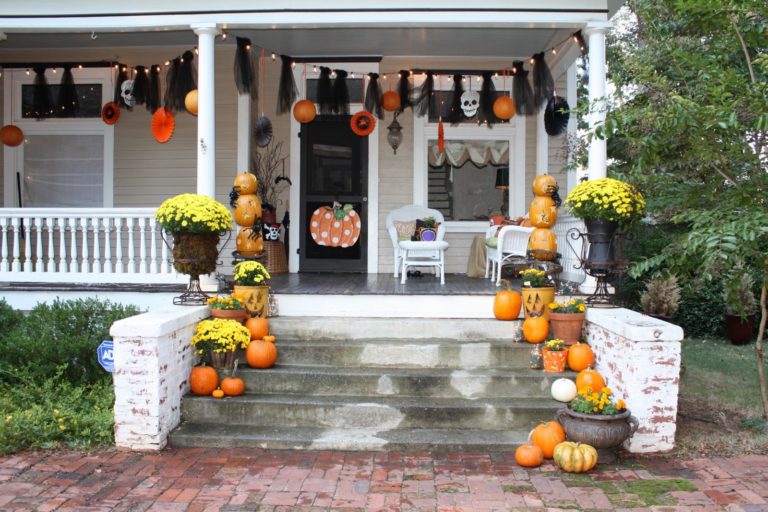 The most frightful night of the year is almost here and there’s still time to get your front porch decorated for the holiday. You may not want to, or have the time to invest long… 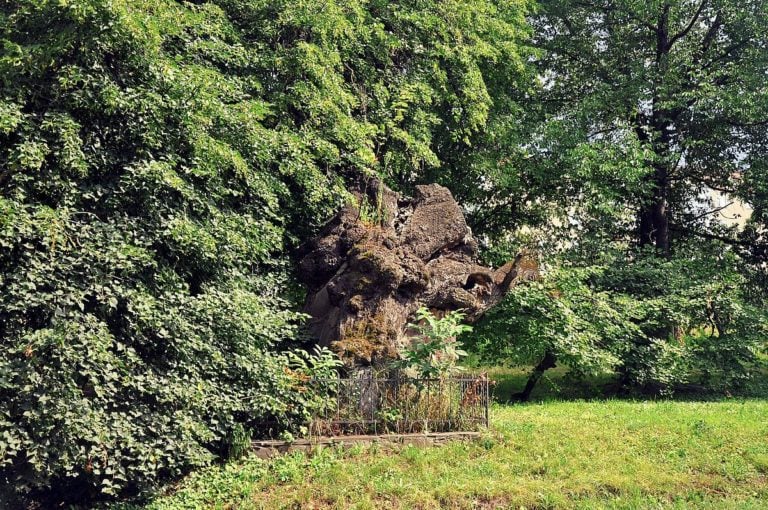 Linden trees are a statuesque, deciduous species renowned for their stunning foliage, heavy flowering, and handsome form. Throughout history, the linden tree has been prized for its wood (its fine grain makes for beautiful furniture)… 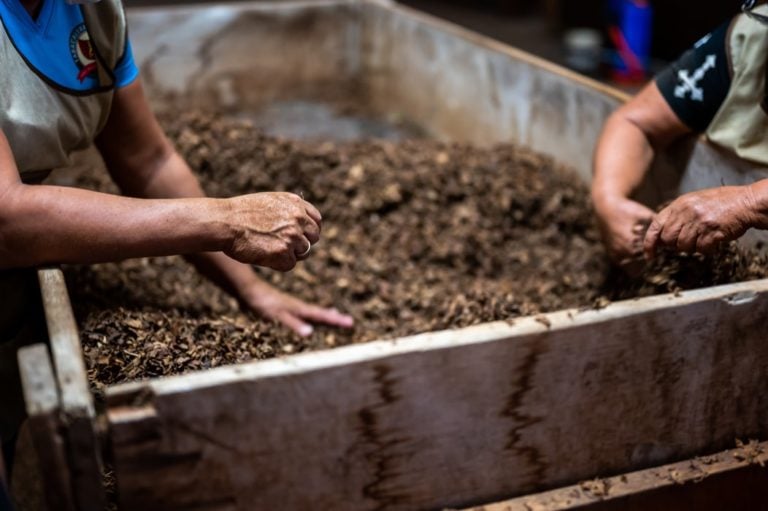 Regardless of whether you have always been green-fingered or you are a gardening novice, composting is something that you should start. There are many benefits to composting, and it is much easier than many people… 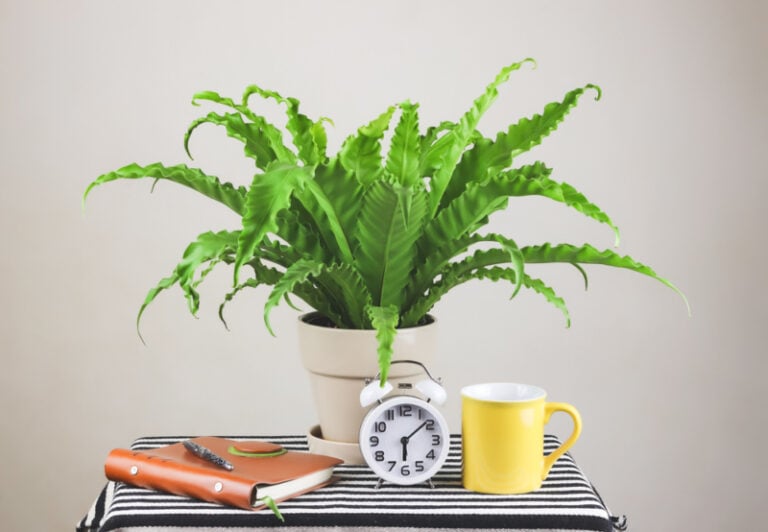 Looking for ways to spruce up your bathroom? Add a plant to bring life to a dull room and add a bit of color. While not all plants can survive the humidity in bathroom areas,…