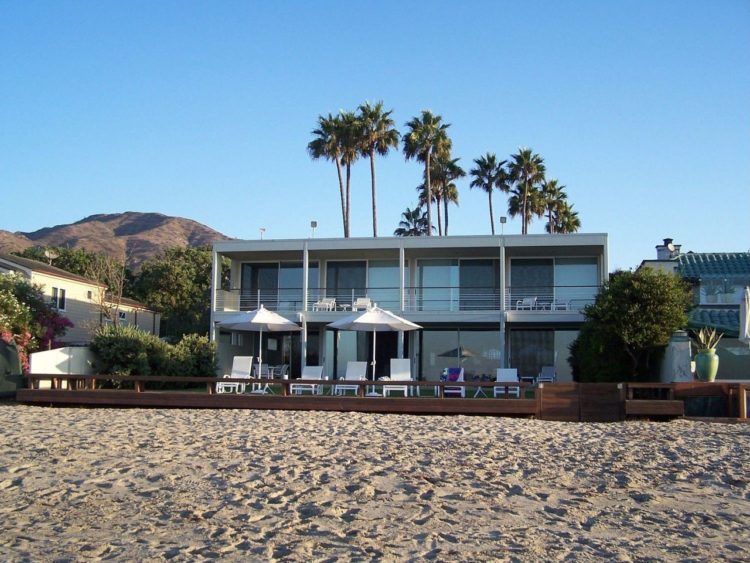 While many rich and famous people buy multimillion-dollar properties, there are also business people who have become successful enough to live in mansions in elite neighborhoods. GoodRX CEO Trevor Bezdek is the perfect example of this, as he has recently purchased a $40 million Malibu mansion. Trevor Bezdek is known for being the co-founder of healthcare company GoodRX, along with Doug Hirsch. The duo are also co-CEOs of the hugely successful company. GoodRX currently has a market cap of more than $16 billion, and it is one of the world’s largest digital marketplaces for healthcare. Indicators suggest that the company’s success will continue in the coming years, strengthening its position as one of the healthcare industry’s most innovative companies. In September 2020, GoodRX went public, and both Bezxdek and Hirsch netted hundreds of millions in personal gains. Therefore, it is unsurprising that Bezdek can afford to splash out almost $40 million on a new luxurious pad in Malibu. Let’s take a look at the businessman’s spectacular new home. Something that many people do not know about Trevor Bezdek is that he is also a licensed real estate agent. Therefore, it makes sense that he has invested some of his money in real estate. However, Bezdek and his wife, Jania, predominantly reside in an impressive home in the Brentwood area of Los Angeles, for which they paid $15 million. Now, they have decided that they want an oceanfront property, so they have invested $39.6 million in a new home in Malibu. The property sits in an oceanfront position on one of the area’s most desirable beaches. Their new home was built in 1998, and it sits on a plot of just over half an acre. Internally, the property measures 5,000-square-feet, and it boasts six bedrooms and six bathrooms. Although the property was never officially listed, records show that Bezdek bought the estate from billionaire financier Mitch Julis, who paid $21.5 million for the property in 2010 during the economic recession. However, Julis did not live in the property for the entire time he owned it, as he leased it out to businessman Ed Freeman for several years at the cost of $6 million. Inside the Luxurious Pad

Bezdek’s spacious new pad measures 5,00-square-feet, and the interior is modern throughout. Some of the features that run throughout the property are white walls and tiled floors. There are also floor-to-ceiling windows and sliding glass doors so that Bezdek can make the most of the ocean views and enjoy an indoor-outdoor lifestyle. As the house was never officially listed, photographs of the interior of this property are limited, so a lot is left to the imagination. However, for a price tag of $39.6 million, you can expect that the property is completed to a high standard throughout. One example of the quality of the interior design is the gorgeous kitchen. In the kitchen, there is bespoke, dark wood cabinetry with contrasting light wood countertops. There is a range of modern appliances, including a double oven with a double range. To the center of the kitchen is a large island, which has the same dark cabinetry and light countertops as the rest of the kitchen. Not only does the island offer an extra work surface, but it also has the potential for use as an informal dining area. However, there is also an informal dining area at one end of the kitchen, with a small table and four chairs set in front of the sliding glass doors that lead out to the garden. There are four bedrooms in the main house Dirt.com says. A fifth bedroom above the garage is part of the staff accommodation, while the sixth bedroom is in the guesthouse. Therefore, there is plenty of space for guests to stay, and Bezdek can choose to maintain his own privacy by offering them a room that is separate from the main house. Inside the house, the largest of the bedrooms is the master suite. It is a light and airy room with tiled floors and white walls. Sliding doors lead out to a small balcony overlooking the ocean, so Bezdek and his wife can enjoy the surrounding from both inside the bedroom and while sitting out on the balcony. The master ensuite is a luxurious space with double sinks set into a wooden countertop, a soaking tub, and a shower. The bathroom has brass fittings and tiled floors. There are sliding glass doors leading to the balcony overlooking the pool. From the street, Bezdek’s new home looks rather unusual, as it consists of three gray structures sitting side by side. The first structure is a two-car garage, which offers secure parking in addition to the parking space on the driveway to the front of the property. Above the garage, there are staff quarters. A guest house is the second structure, while the third structure is the two-story main house. Between these two structures, there is a breezeway that leads through to a courtyard. This area of the grounds also houses the property’s outdoor swimming pool. At one side of the pool, there is a huge hedge that prevents neighbors from seeing into the rear garden. To the other side, there is a paved area and a narrow strip of lawn. Between the house and the pool, there is a poolside lounging area and terrace that is set up for alfresco dining. Beyond the pool, a long lawn stretches to the sans lining the Pacific Ocean, so Bezdek and his wife can enjoy direct beach access. Further outdoor space is in the form of a covered balcony that offers uninterrupted views of the Pacific Ocean. The balcony is accessed via sliding doors from the master bedroom.