Home
Home and Garden
Home Tips
What is an E26 Socket and What is it Used For?
Prev Article Next Article 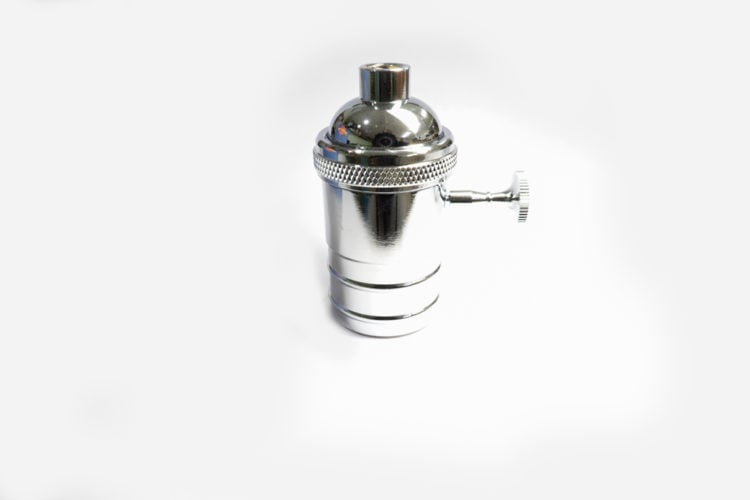 Have you ever walked into a dark room after a long day at work, only to flip the switch on the lamp and have the light bulb promptly burn out? If you have, you’re certainly not alone. It might seem like a simple enough chore to replace a light bulb, but did you know that there are actually several different types of light bulb sockets? If you choose the wrong one, you could potentially shorten the lifespan of the lamp. In severe cases, you can even cause it to completely short out, thereby necessitating that you get rid of the lamp immediately. Most households in the United States use something called an E26 socket. However, that isn’t always the case. Therefore, it’s a good idea to get more familiar with what an E26 socket is and how it’s used. At the same time, you can also familiarize yourself with the other types of sockets that exist.

The e26 socket refers to an Edison type socket and the number 26 refers to its diameter. The reason that it is often called an Edison socket is because of Thomas Edison, who is largely responsible for the electricity that we all enjoy today. This is the type of light bulb socket that is used in most lamps that you will find in an American household. Of course, not every light bulb socket is the same size. In fact, those that are used for night lights or chandeliers are often much smaller in diameter than your standard E26. That said, the overwhelming majority of full-size lamps use light bulbs with sockets that are the same size. In some cases, it can get a bit more confusing because there is also an E27 socket which looks almost exactly the same as the E26. The truth is, looking at them with the naked eye, it’s almost impossible to tell the difference between one and the other.

The Two Sockets Are Not Always the Same

You might already be well aware that American households often have small appliances with different voltage requirements than those used in other countries such as throughout the United Kingdom. However, you might not be as aware of the fact that different voltages might be required between two different small appliances in your very own house. The truth is, you may have an older lamp sitting in your living room that has a very different voltage requirement from the newer one that you have sitting in your hallway. This is where it can sometimes get confusing when deciding between the E26 and the E27 light bulb sockets. Again, it’s worth noting that they look almost exactly the same. The difference is in the amount of voltage that is allowed to run through them. While it’s true that you can definitely fit an E27 light bulb socket into a lamp designed to house only an E26, that doesn’t necessarily mean that it’s wise to do so. The different voltages that are involved with the two different sockets can create potential safety issues, not the least of which involves shocking yourself when you turn on the lamp. Your chances of being shocked go up exponentially if you just happen to be one of those individuals that tends to leave the lamp plugged in and turned on in order to change the light bulb. In addition, you could damage the light bulb, or even the lamp itself. Using the wrong light bulb socket could even start a fire. It might be an extreme possibility, but it definitely is possible. It’s really much better to find out which type of light bulb socket is required for the particular lamp in question and then use only that particular socket. Just because the socket will fit into a lamp doesn’t necessarily mean that you should be using it.

It’s rather confusing to think about the differences between the E26 and E27 light bulb sockets. If you’re not already confused enough, consider the fact that the same E26 light bulb socket is also known under a couple of different names. In fact, it is sometimes referred to as an intermediate socket and at other times, it is more commonly called the standard socket. As you can see, it’s not always so easy to tell exactly which socket you should be using, especially when they start changing up the names on you. At least now you know that if you see a socket that is labeled an E26, it is the same thing as another socket that might be labeled standard or intermediate. The important thing to note here is that the E27 is sometimes labeled both standard and intermediate as well. Therefore, you should always check the voltage requirements and make sure that you’re using the right one. Otherwise, you could run into the types of problems that have already been discussed herein.

Now that you know more about the different types of sockets that you can purchase, you will hopefully have a better understanding of why it is so important to pay attention to the voltage requirement for any lamp or light fixture that you are using. Unfortunately, a lot of people have a tendency to ignore these requirements and throw anything into the socket that will fit. This is somewhat akin to using an appliance that has a very obvious short in it and then choosing to use it anyway. Obviously, you want to keep yourself and your loved ones as safe as possible. Therefore, this is something that you should always be mindful of whenever you replace a light bulb in any light fixture. Once you have become more familiar with the voltage requirements in all of your household light fixtures, putting new bulbs in will start to go much more quickly.