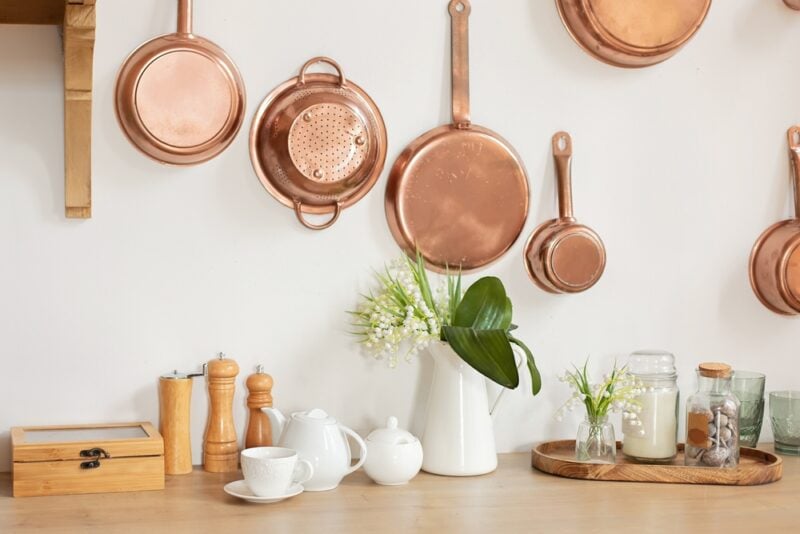 People have been using copper since prehistoric times. For proof, look no further than the Chalcolithic Age, which the British Museum calls a transitional period between the Stone Age and the Bronze Age in certain times and certain places. People are still using copper in modern times. Thanks to that, there is a wealth of information on how to clean copper pots for the best results.

Generally speaking, copper pots look worn out because of tarnish. Sciencing says copper tarnishes for much the same reason that iron rusts, which is to say, the metal undergoes a reaction when exposed to either air or water. Still, there is a critical difference between tarnish and rust. Tarnish is sometimes helpful, whereas rust is always detrimental.

The gist of it is that tarnish is strong. It remains on the surface of the copper. As a result, the tarnished copper will continue to react while the rest of the metal remains insulated by it from the outside. Some people even like the look of tarnished copper because it has a striking green color. In contrast, rust is weak. Rusted iron falls off in reddish-brown flakes, thus exposing more of the metal to the elements. Due to that, rust can eat its way through iron and iron-containing metals in a way that the tarnish cannot.

Besides this, copper pots can look worn out for other reasons. If so, chances are good they can also benefit from a good cleaning.

How Can You Make Your Copper Pots Look New Again?

Unfortunately, Food 52 and other sources claim that cleaning copper pots isn’t as straightforward as some expect. As always, people want to remove whatever it is that is bothering them without causing damage to the actual item in question. They need to be extra careful with anything made out of copper for two reasons.

One, copper is soft. That is why people often started working with it before they figured out that alloying it with tin could produce something stronger. The problem is that softer materials are easier-to-damage materials, meaning interested individuals should avoid excessively harsh cleaning methods and materials.

Two, copper is a highly reactive metal. Thanks to that, the copper of copper pots can leach into the foods cooked in them. Ingesting small amounts of copper isn’t an issue. Indeed, it is a normal part of the human diet, as shown by its presence in meats, seafood, and various vegetables. The problem is when people ingest large amounts of copper because many nutrients can become dangerous rather than nourishing under such circumstances. In copper’s case, excess quantities can cause everything from mood changes and memory problems to muscle aches and organ damage. As a result, it is normal for copper pots to have some kind of lining that prevents such issues. Tin is a common choice, but others exist. Whatever the lining, interested individuals need to clean the pot without damaging it in the process.

The general recommendation seems to be starting with a gentle wash for the copper pots. People should use a soft sponge with a mixture of dish soap and warm water. That should be enough cleaning power to remove any grime clinging to the surface of the copper pots without causing any damage to their material.

As for the tarnish, different sources recommend different things. Some say a weak acid with salt is a good choice for the job. Essentially, that means either lemon juice, orange juice, or the juice of some other citrus fruit. However, other sources are less enthused by the use of salt. They think the salt might be hard enough to cause damage to the material if people are too aggressive while cleaning with the stuff, which is a good reason to be extra thorough when mixing the salt into the juice. Still, if people want to try this approach, they should consider a mix of three-quarters juice and one-quarter salt.

Alternatively, interested individuals should consider the use of either ketchup or tomato paste. The tomato isn’t a member of the citrus family. Instead, it is a member of the nightshade family. Despite that, its juice is also acidic, thus making it useful for much the same reason as the previous mixture. Better still, its use is as simple as it gets. Interested individuals can apply it to the tarnish, give it some time to work, wipe it off, and then rinse the piece. Besides this, there is also the option of boiling the piece in a mix of 1 cup vinegar, 3 cups water, and 1 tablespoon of salt. This is another easy method. The biggest issue is finding something big enough in which to boil copper pots.

What Are Some Other Cleaning and Maintenance Tips For Your Copper Pots?

As mentioned earlier, harsher cleaning methods and materials are ill-suited to copper pots. For example, bleach is capable of leaving pockmarks on their material. Similarly, dishwashers might direct too much force at the wrong places and not enough force at the right ones. Even commercial cleaning products for copper can be iffy. Some of them can work well. Unfortunately, they aren’t guaranteed to work perfectly on every single copper piece out there.

Preventing a problem tends to be easier than fixing a problem. That is true for tarnish as that is for other things. In some cases, copper pots already have some kind of seal preventing the metal from coming into direct contact with air and water. For those, people should be focused on preventing the destruction of the seal because that will allow the copper to start oxidizing. In other cases, copper pots can benefit from some extra assistance in this regard. One suggestion is to give the copper pots a good cleaning before applying a layer of either baby oil or mineral oil.

Finally, there is the option of just letting the tarnish remain on copper pots. Plenty of people think that looks fine. Moreover, the tarnish protects the copper beneath it, which can save people a fair amount of time and effort in the long run. 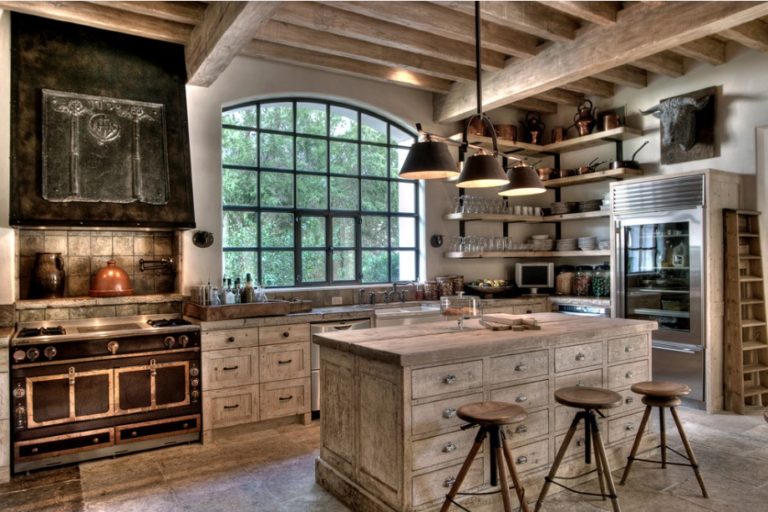 The rustic look is always in-style and never goes out. It’s a popular look among certain areas of the country, especially, where southwestern type lifestyles are one of the primary ways of life. However, no matter where you live,… 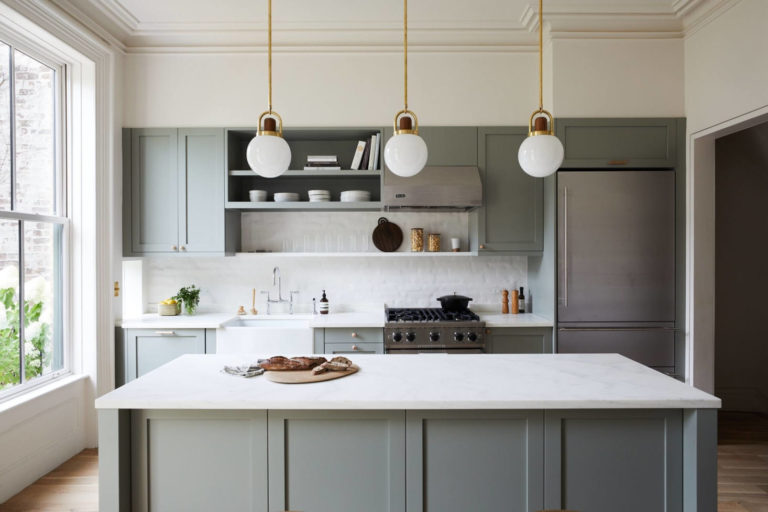 These days, IKEA is pretty much the holy grail for affordable, good quality homeware. If you’re planning on refreshing your kitchen but have a strict budget to work to, there’s a good chance you’ll find… 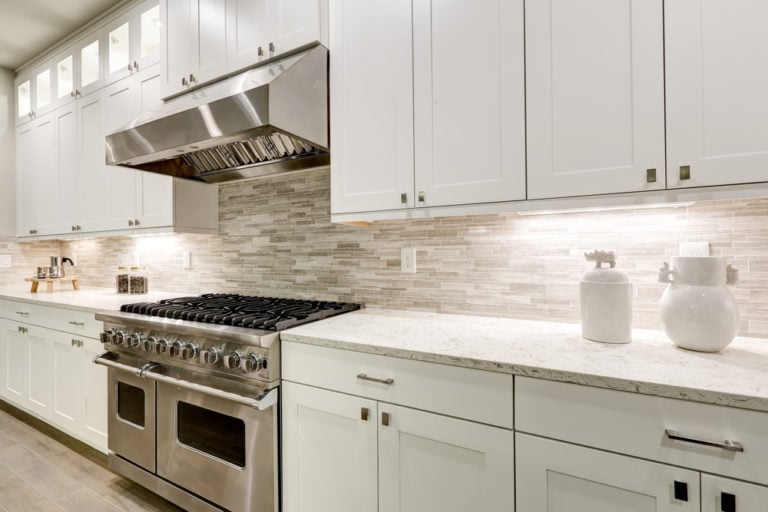 When it comes to cabinets, there are a few different finishes that you can choose from. Two of the more popular options are satin and semi-gloss. And in a world where matte black and white… 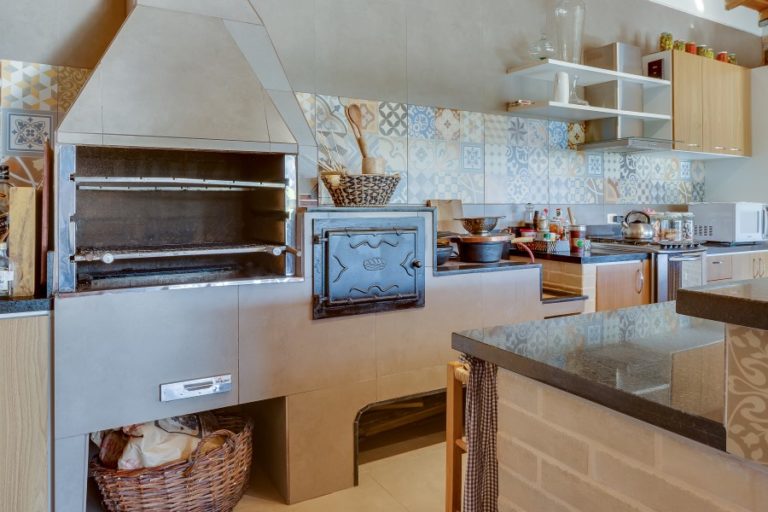 Many people spend a lot of time in their kitchen. Not only is it the room where they prepare their meals, but it is also often a place where families gather together. Therefore, it is… 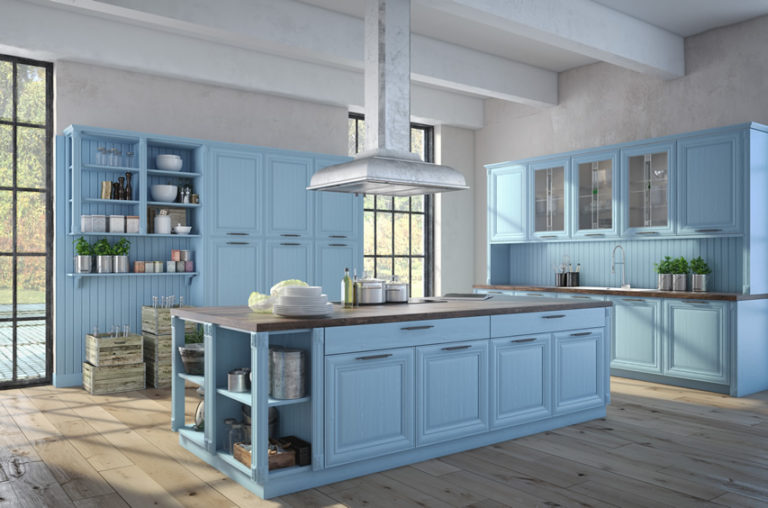 There are so many hues of blues that you can create just about any look you want, with the color. Blue is a universal color that can make any room in the home look and…

The modern look in homes today has been a growing décor theme and is especially popular with the younger generation. It is a design that is based off of simplistic, more sleek and less cluttered…