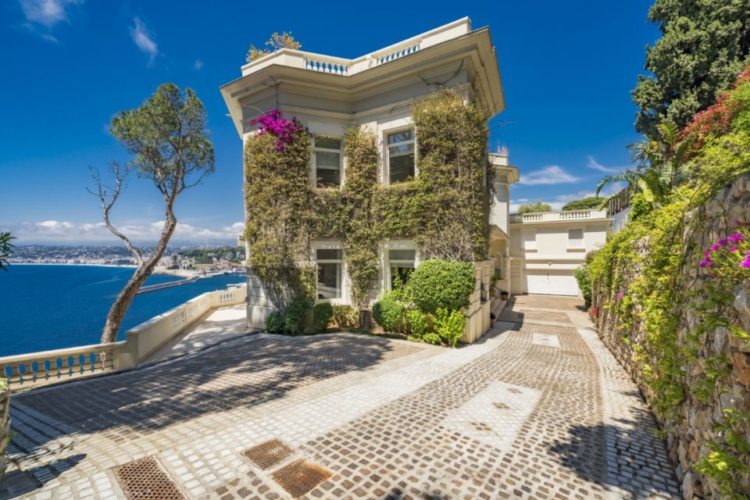 When celebrities become rich, many of them decide to buy a second home in a foreign location. This is often a destination where they have enjoyed vacations in the past. A popular location amongst celebrities is the South of France. Just some of the celebrities who have owned properties in this location include Grace Kelly, Pablo Picasso, Tina Turner, Coco Chanel, and Elton John. Another celebrity who owns a villa in the South of France is James Bond star, Sean Connery. It is little wonder that Sean Connery wanted to buy a property in the South of France as the actor has strong links to France. According to Wikipedia, he has been married to Micheline Roquebrune, a Moroccan-French painter, since 1975.Another link to this location is that as a keen golfer, Connery bought the Domaine de Terre Blanche in 1979, and owned the land for 20 years. He intended to build his dream golf course. He then sold the land in 1999 to Dietmar Hopp, a German billionaire.In addition to the villa in France, Sean Connery also owns a property in Scotland and a villa in Kranidi, Greece. Sean Connery’s South of France Villa sits on a hill on the Cap de Nice. This is one of the best positions in Nice as it overlooks both the city and the Mediterranean Sea. The property is so stunning that it was used in several scenes of the 1983 Bond movie ‘Never Say Never Again’ which starred Connery in the lead role.  The road leading to this villa opens into a landscaped terrace on entering the property. The two-story flat-roofed villa sits in one-acre. It was built in the 1920s in a classic French architecture style. Wisteria growing up the front of the property gives it a picturesque appearance. Surrounding the villa are lawned areas and further paved terraces. The main feature of the exterior of this property is the large saltwater pool that sits on the cliff edge, so it boasts spectacular views. This sits behind a stone wall with wrought iron entrance gates, so there is a sense of privacy. There is also a winding path that leads from the property and down the cliffside to the sea. Although this is a two-story house from the exterior, the interior is split over five levels. The first room on entering the property is an impressive hallway. This is light and bright thanks to the white walls and the floor-to-ceiling windows that offer views over Nice. The entrance hall boasts a curved wood and wrought iron staircase, although there are elevators that take you between the property’s five levels. The main level boasts a large family room, a second sitting room, and a kitchenette, although the latter is currently being used as a home office. Each of these is spacious, light, and airy. They are all decorated in the contemporary style that runs throughout the property, and all the rooms in the villa have wide-planked parquet flooring.

Heading down to the lower level, you will find a large kitchen and dining room. These provide plenty of space for either family dining or for entertaining guests. These rooms have double doors leading out onto a garden terrace, so there is also the option for outdoor entertaining right next to the kitchen. Going even lower in the house, the bottom level is a vast fitness complex. This boasts a huge gym with floor-to-ceiling windows so that you can enjoy the views over the Mediterranean while you are working out. Another feature of the fitness complex is a large indoor pool, which opens out to the gardens. The fitness complex also has a hammam, showers, and dressing areas. The upper levels of the property are equally spectacular, and there are five bedrooms and five bathrooms split over the upper two levels of the property. Most impressive of these is the master suite. There is a bedroom area and a sitting room area in the master suite as it is so large. Like in most rooms of the property, there are floor-to-ceiling windows so that you can sit in bed or lounge around in the sitting area enjoying the views. There is also a private balcony off the master suite so that the homeowners can sit outside to enjoy the stunning surroundings. The master en-suite boasts his and hers baths, a double vanity unit with his and her sinks, and a separate dressing room. In the latter, there is plenty of space to accommodate the clothes of two people. Within the grounds, there are some extra accommodation options for staff or guests. There is a two-car garage at the property, and there is a staff apartment above the garage. There are also two guest houses, both of which have two bedrooms. Who Should Buy Sean Connery’s South of France Villa?

After many years enjoying this property, Sean Connery has put it on the market with an asking price of $33.87 million, says Top Ten Real Estate Deals. This high price tag means it is only available to the very wealthy. This property is suitable for either a main residence or as a second home for those who live abroad but want to spend a lot of time in the South of France. It is best suited to those who enjoy coastal locations, due to its cliffside position overlooking the Mediterranean. It is also suitable for those who enjoy an active lifestyle due to the indoor and outdoor pools, the fitness complex, the long path leading to the sea, and the multiple outdoor spaces at the property. It may also appeal to those who enjoy entertaining due to the spacious interior and the additional accommodation. Therefore, this property is ideal for many people, if they can afford the price tag.