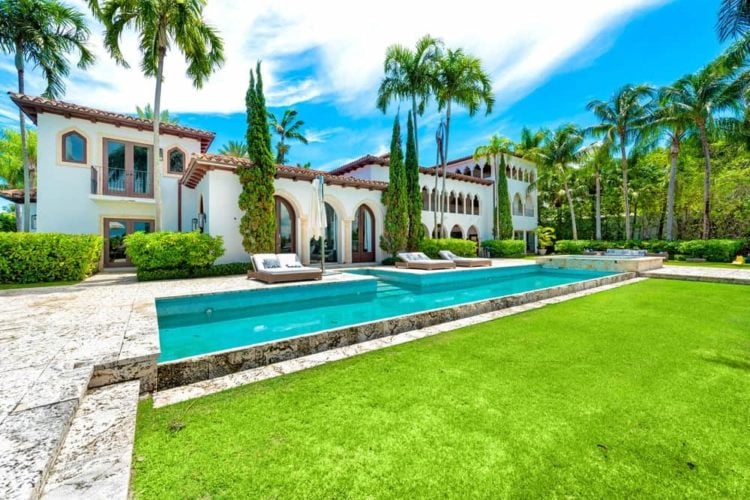 Anyone who loves privacy would put a house in La Gorce on their list when looking for a residential property because even sightseeing is not allowed. The private island comprises only 59 houses, and it has remained quite an attraction for celebrities such as Lil Wayne and Jennifer Lopez. Lush landscapes and clean streets surround each home; 33 of the luxury homes are waterfront, making it the ideal place for those who can afford it. However, for some reason, renowned musician Cher did not want to stay on the island despite the beauty and serenity, so she sold her home after a few years. It is currently on the market, so here is your chance to check out Cher’s house in La Gorce Island, Miami Beach (listed for $22 million); you never know you could be the next owner. 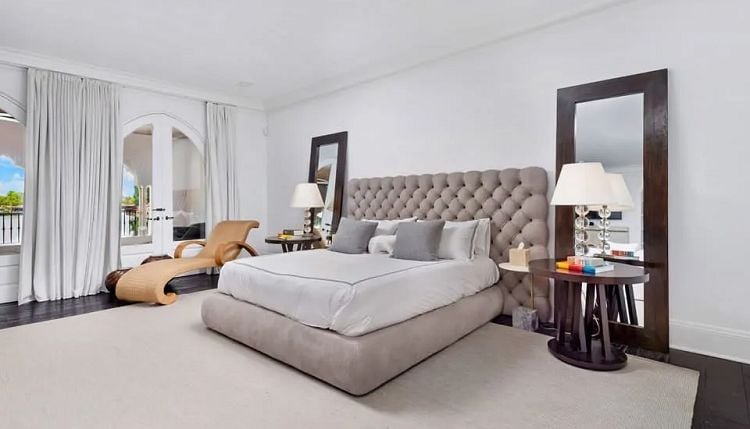 It was Her Home for about Three Years

In 1993, Cher could not help but fall in love with the mansion that dates back to 1953. She paid $1.5 million to own the Mediterranean style house that sits on 0.68 acres of land. According to public records, the mansion measures 10,297 square feet, but private listings declare it is 11,460 square feet. Whatever the measurements, one thing they have not conflicted about is the amenities. According to Robb Report, the home comprises six bedrooms and seven baths, although some sources say it has eight baths.

The driveway and courtyard welcome you with a pop of color from the red bricks while large tropical trees and shrubs line up the property, thus offering the much-needed privacy. Upon entering the mansion, you are greeted with a dual staircase and arches that lead straight to arched windows overlooking the water, giving you a sense of tranquility as you stare out into the outdoors. The three-story luxurious home has a two-story living room. The gourmet kitchen is equipped with double subzero refrigerators, a gas stove, and a large marble island with stools and pendant lighting. The white kitchen countertops match the white walls and the black painted cabinets; the floor is made of terracotta tiles. The formal dining room has a white ceiling and chairs that reflect what seems to be the house’s main theme since even the living room couch is white. 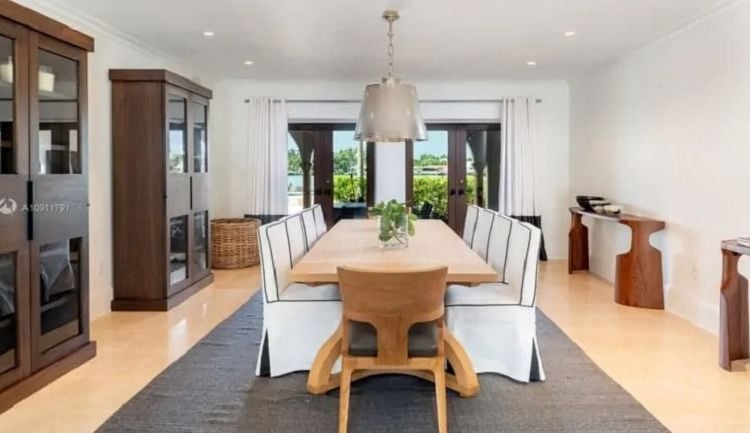 The wine cooler, bar, game room, and media room are also ideal for those days you have to entertain guests. Keeping fit is essential for anyone regardless of whether or not you are a pop star, so you will appreciate the gym. Additionally, no one ever turned down extra storage space for their clothes and shoes; hence the 300-square-foot walk-in closet offers more than enough room. The heated pool, cabana with a full bath, and spa will entice you to stay outside when the weather is favorable. If you can afford the house, you most definitely can also afford a 150-foot yacht; thus, the mansion comes with a dock too.

The House has Had Fluctuating Prices

After seeking the help of her long term trusted interior designer Ron Wilson who had helped design 19 homes for Cher, the Mediterranean mansion’s value hiked. She had completely rebuilt the home adding rich hues, carved woods, religious art, and scrolled stone and ironwork, bringing the house to a selling price of $4.35 million in 1996. However, before handing over the keys to the new owner, Barry Schwartz, former CEO of Calvin Klein, Yes Weekly published that Cher took off furnishings from the house and founded a mail-order catalog, Sanctuary. 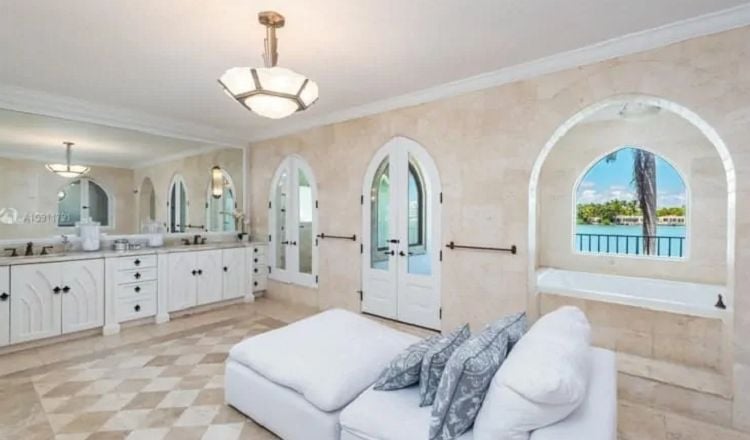 After living in the house for ten years, Barry decided to put it up for sale in June 2006, and it was sold to Todd Glasser for $9.7 million. It underwent more renovations estimated a $1 million, and in October 2006, the house was back on the market this time with an eye-popping asking price of $14.42 million. After failing to get a permanent owner, in 2007, Janet Jackson became the first of many celebrities to rent it for $85,000; Julio Iglesias and Douglas Cramer followed her.

More than a year later, the renting phase was over. Therefore, in December 2007, the price kept climbing to $16.9 million, but the seller offered a more sober price of $14.9 million in April 2008. According to Zillow, by June 2010, the price had dropped to $11.9 million. In March 2011, the decline kept accelerating to reach $10.2 million. Now the asking price has more than doubled to $22 million, but it is yet to find a buyer. 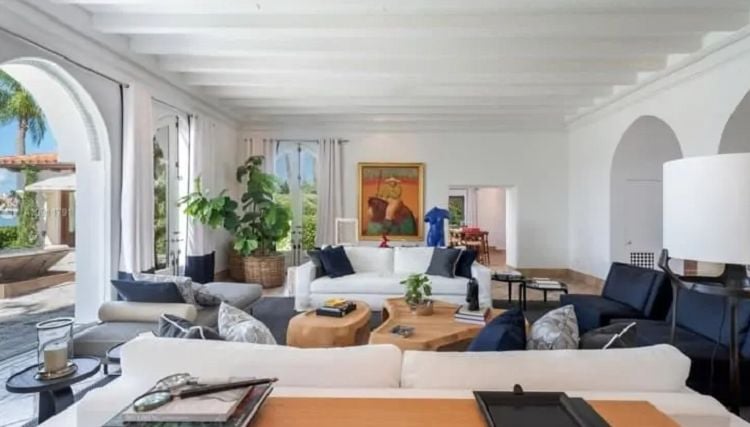 Why the Sudden Price Hike

The coronavirus pandemic has resulted in a surge in home prices due to demand. Some reports say that 62% of homes sold in June 2020 had been in the market for less than a month. It was quite the unexpected reaction given the Great Recession caused home prices to go down by about a third. Acorns has attributed the price surge to the fact that people are now relaxing. Gone is the panic that even tissue paper would not cater to the entire population. Today the virus is no longer shocking us as before, and we have learned that life must go on amidst the pandemic. Thus people who had set aside money to buy a house are moving forward with their plans. 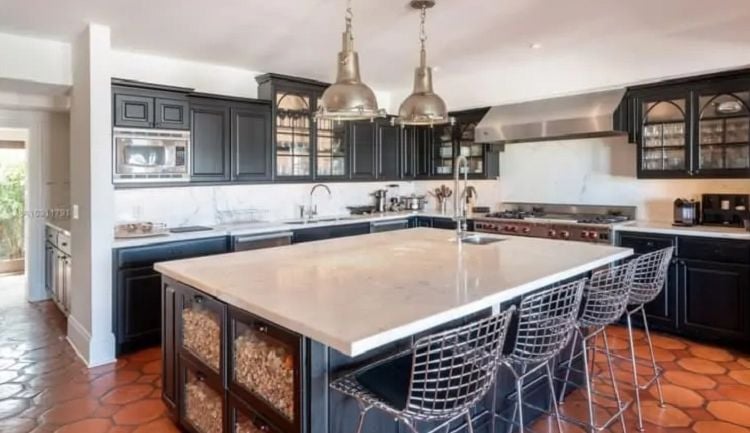 Besides, the mortgage rates have become so affordable that anyone interested in buying a house does not have to put much effort into it. Therefore, it is no surprise that the current owner of Cher’s home is taking advantage of the market conditions. However, there is a prediction that the prices will fall beginning from October 2020 to July 2021. Therefore, considering the bad luck that Cher’s house has experienced in the past years, if it does not sell soon, the owner will have to decrease the price again. There is no telling for how long the mortgage rates will keep dropping once they start, and it could reflect on the cost of the house.