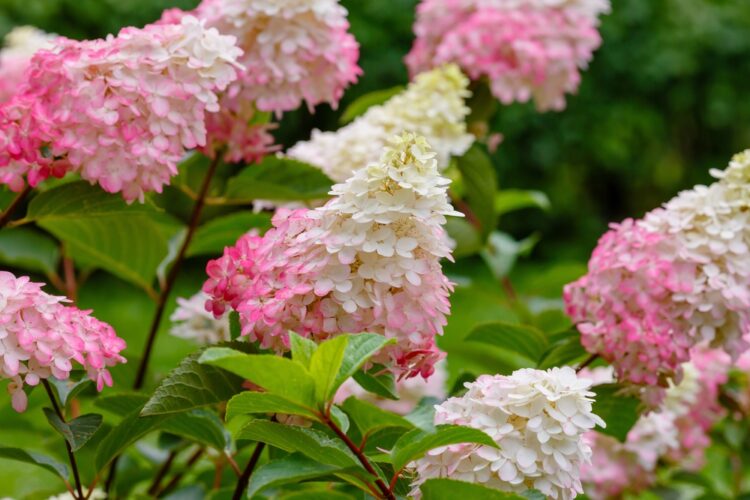 The Zinfin Doll Hydrangea, commonly known as hortensia or paniculata hydrangeas, are long blooming, colorful, and easy-to-grow plants that are native to both North America and Asia. Hydrangeas comprise more than 75 plant species that can be classified as evergreen or deciduous. According to Proven Winners, the name Hydrangea plant requires minimal maintenance; it usually requires several hours of sunlight and grown in organically compost rich soils. The Zinfin Doll plant is often confused with the classic Pinky Winky hydrangea plant, but it has full, chunky flowers that bloom relatively earlier. Mature blossoms of this plant form a deep raspberry color that is great for interior decorating, bouquets, and dried flowers. In this article, we will take a closer look at how to grow and care for your Zinfin Doll Hydrangea plant properly.

What are the Main Types of Hydrangeas?

According to The Spruce, five main hydrangeas are commonly found in North America. They include:

Panicle Hydrangeas are best known for their distinctive cone-shaped flower heads. They are characterized by large flowers that first appear as white and later turn pink. These are the coldest hardy hydrangea variety that can be grown from zones 3 to 7. Apart from their medium green leaves with a matte finish, they are the only hydrangeas that will grow into trees.

Smooth Hydrangeas are commonly referred to as wild hydrangeas and are native to the United States. They can withstand hotter climates and are grown in zones 4 to 7. Their leaves appear heart-shaped, floppier and thinner compared to the Bigleaf variety. The leaf stems are long and strong enough to hold the leaf away from the main stem.

Oakleaf Hydrangeas got their name due to the shape of their leaves, which appear similar to red oak. They are the only type of hydrangeas that can change their foliage in the fall; their color usually changes from orange to red to mahogany. They grow best in areas with moderate rainfall and plenty of sunlight.

Climbing Hydrangeas are very easy to spot due to their long vines that can grow between 15 and 30 feet high. This hydrangea variety is native to Asia, particularly Siberia, Korea, and Japan.

What are the Different Subspecies of Hydrangeas?

Within the five main types of hydrangeas are eight different varieties. This provides you with countless possibilities for decorating your home. They include:

According to Gardenia, the Zinfin Doll Hydrangea plant is best known for its distinctive, visually pleasing beauty that has been evident for a couple of months. This plant is characterized by a wide spread of luscious mophead blossoms that work perfectly as houseplants, cut flowers, and bouquets. These blossoms appear pure white in early summer and transform to a vibrant red pink from bottom to top later in the summer. These plants usually require several weather conditions to grow successfully. For example, they grow best in areas that receive plenty of sunlight and have well-drained, rich soils. Below are some of the favorable growing conditions of the Zinfin Doll Hydrangea plant:

The Zinfin Doll Hydrangea plant grows best in areas with plenty of sunlight. They prefer full sun in the morning and partial shade in the afternoons; the perfect amount of light should total about 4-6hours per day. However, too much shade can wither, reducing the flower output. If you cannot provide your Zinfin Doll plant with partial shade or if they are exposed to full sun throughout the day, you are advised to increase the amount of water you provide them. While hydrangeas grow in partially shaded areas, some varieties prefer full to direct sunlight.

The Zinfin Doll hydrangea cultivar usually has average watering requirements, but it is often advisable to irrigate your hydrangea plant to keep the soil consistently moist. You should ensure that your Zinfin Doll plant is watered frequently throughout the dry summer season. While watering, it would be best to water your plant thoroughly several times a week instead of shallow watering daily.

However, you can cut back on your watering rate if you have grown your hydrangea cultivar in an area with plenty of rainfall. While most hydrangea varieties can grow successfully with frequent watering, smooth and Bigleaf cultivars require the most. To prevent the risk of wilting, ensure you water your Zinfin Doll plants in the morning but do not waterlog the soil.

It is often advisable to fertilize your Zinfin Doll hydrangea in the spring, fall, or mid-summer with manure tea or rich compost. However, all hydrangea varieties require different amounts of fertilizer for feeding at different times. You can fertilize your Zinfin Doll cultivar through spring feeding, where you use a balanced fertilizer that is both slow-release and organic. Spring feeding usually revives the plant out of its winter dormancy. Fall feeding is similar to spring feeding but is fed to the plant after the blossoms start fading in color. Summer feeding is usually done to help boost the development and growth of the plant’s flowers during its growing season.

The best time to prune your hydrangea usually depends on its variety. For example, if you plan on treating it as a multi-branched cultivar, prune your Zinfin Doll plant by about a third year in early spring or late winter. You can also decide to deadhead the flowers as they fade to preserve the energy your plant will use to grow new blossoms, prolonging the blossoming duration. To hard prune your Zinfin Doll hydrangea plant, you should remove any damaged branches and trim them off from the main stem. If you wish to do landscape maintenance, you can prune the smaller wood and leave the larger woody stems. This helps stimulate your plants’ growth and keep the bush compact.

According to a source, the Zinfin Doll hydrangea are best propagated through cuttings, which is usually a successful method and leads to the growth of new healthy plants. In early fall, you are advised to cut the stems at least 6 inches in length. Carefully cut the stem just below a leaf node, and ensure at least two leaves are left above the node. Before propagating, cut those two leaves in half crosswise. Dip the cutting in a rooting hormone and grow it in a small container filled with damp soil. Cover the pot with a plastic bag, ensuring the bag does not come into contact with the cutting. Place the container in an area where it receives indirect sunlight and make sure the soil remains moist. Your cutting should be ready to plant within the first two to four weeks.

According to Mypwcolorchoices, you can also decide to grow your Zinfin Droll hydrangeas in pots, but these pots must be at least 12 inches in width and depth to provide enough room for the widely spreading rooting system. It would be best if you added some marbles, gravel, and any other medium to the pot’s bottom to allow better drainage and prevent the risk of root rot.
Like all hydrangeas, you should plant your Zinfin Droll plant in high-quality potting soil with a slow-release fertilizer. It is often recommended that you plant your Zinfin Doll plant in well-drained fertile soil before the first fall frost and after the last spring frost. Since all hydrangeas need to be repotted every one to two years, choose a pot a few inches wider than the last container.

What is the difference between Pinky Winky and Zinfin Doll?

The Zinfin Doll hydrangea makes a perfect container plant. If it is grown indoors, ensure it receives plenty of water. Make sure its exposed to indirect light. It is fed with a slow-release fertilizer in the spring.

What plants are similar to Zinfin Doll hydrangea?

A wide variety of plants are similar to the luscious flowers of the hydrangea plant. They include Peony, Snowball Bush, and Butterfly Bush.

What are the common problems of the Zinfin Doll plant?

Most hydrangeas usually suffer from leaf spots, root rot, blight, bacterial wilt, and powdery mildew. To prevent the risk of these diseases from affecting your plants, make sure they are spaced about 4 to 6 feet in the center. 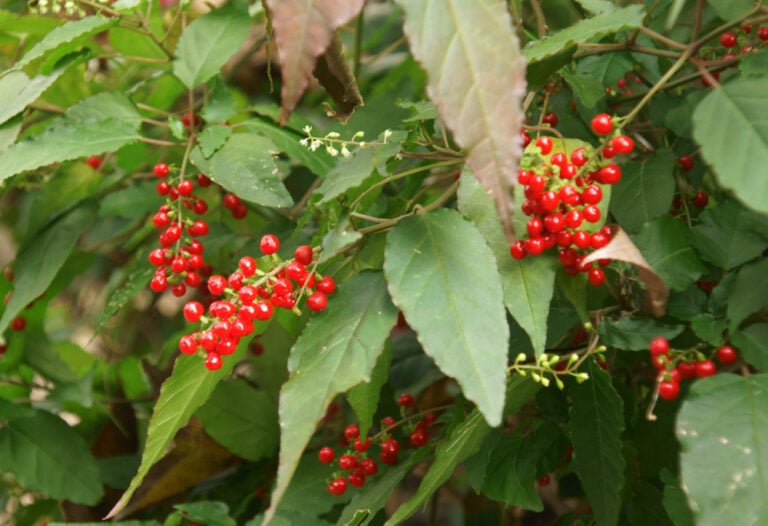 If you like trailing succulents, you will absolutely love the string of rubies (Othonna capensis). Sometimes called the ‘string of pickles’ or ‘ruby necklace,’ this succulent is known for its reddish-purple stem and thin oval… 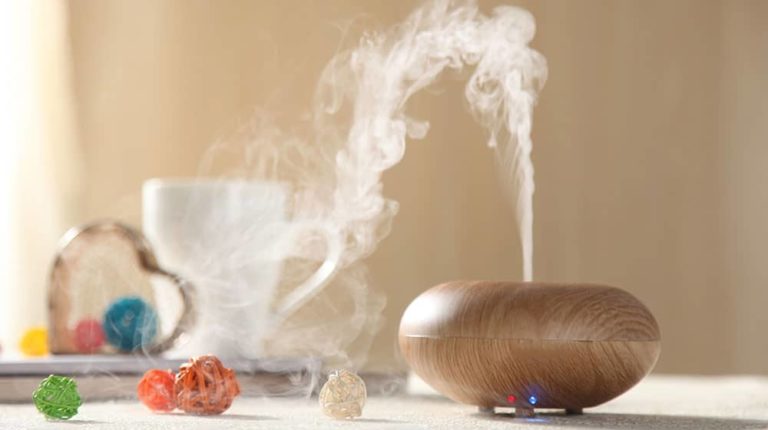 You may have already acquainted yourself with essential oils and what they can do, but you may not be familiar with all the ways they can be used to help you gain the most benefits… 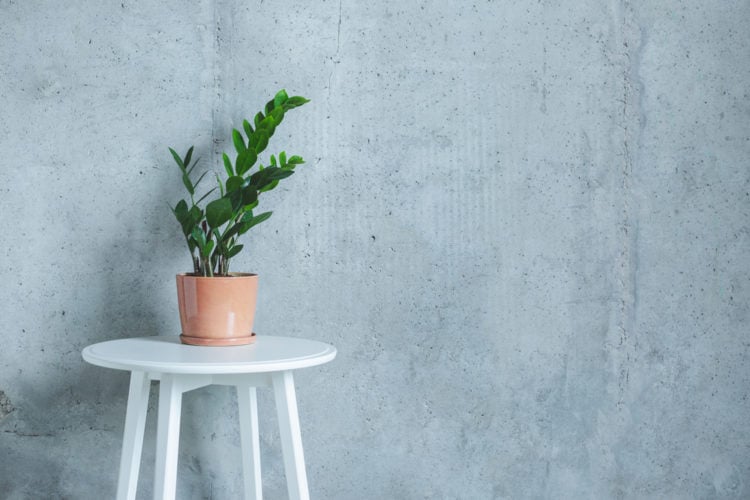 The Ancient Greeks heavily revolved their culture around the interpretations they received whenever looking up into the sky, day or night. At night, as the stars are clearly visible when there is no cloud cover,… 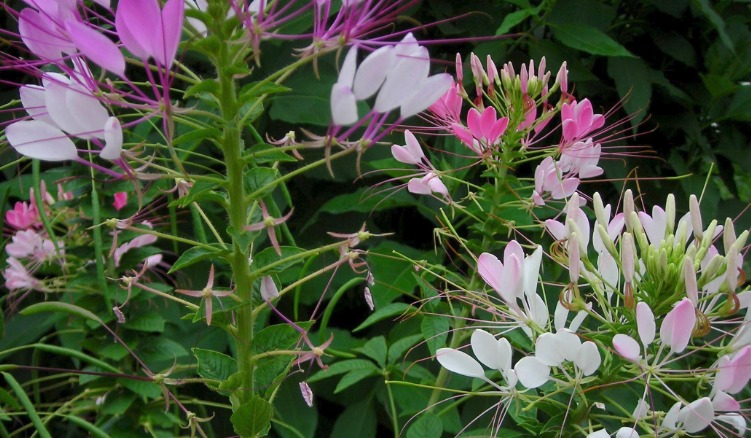 Spider flowers are the herbs and shrubs classified under the genus Cleome. In total, the genus contains either about 170 species or about 275 species, the latter of which would be enough to make it… 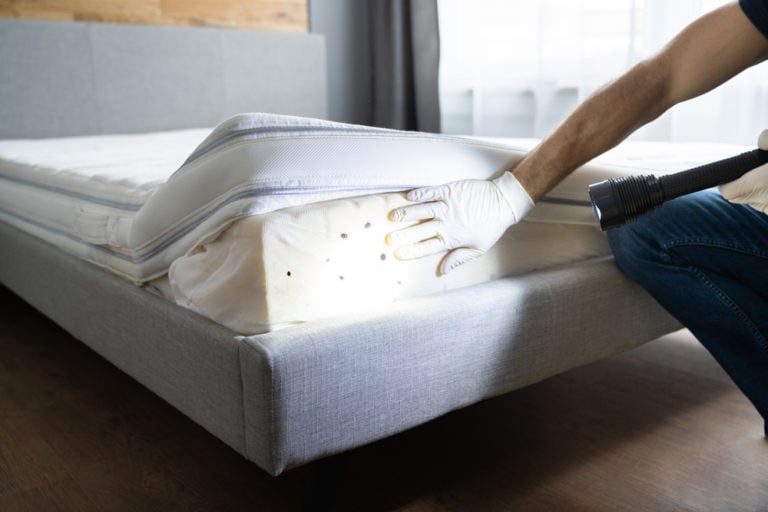 Both fleas and bed bugs invade human habitats. They are blood-sucking bugs and fare fairly well in unhygienic environments, especially indoors. These pests can prove tricky to get rid of. They have distinct similarities making…

The idea of planting a tree is one that gives many people peace, especially if that particular individual enjoys spending time outdoors in the first place. There are times when a certain tree is very…