If you’re a keen cook who likes nothing more than shopping for the tools of your trade, the name ‘Pakkawood’ is probably one you’ve come across numerous times. In all probability, you’ve done what most of us do and assumed it’s the wood from the Pakka tree. It’s not. For a start, there’s no such thing as a Pakka tree. Never has been. Probably never will be. So, what exactly is Pakkawood, in that case? And if it’s not from a Pakka tree, where exactly is it from?

So, we’ve established that Pakkawood doesn’t come from the Pakka tree. Which begs the question of where it does come from. And while we’re clearing things up, what even is Pakkawood in the first place? Pakkawood (which, just to confuse matters even more, also goes under the name staminawood, colorwood, and dymonwood), is a man-made wood/ resin composite. While it looks like wood, feels like wood, and sounds like wood, it’s not a wood at all… not a genuine one, anyway. Pakkawood is a synthetic. Sure, it’s got wood in it, but it’s not real, honest-to-goodness wood like walnut or oak. Pakkawood has been specially created out of a selection of composite materials to create something exceptionally durable, exceptionally dense, and exceptionally versatile. It might not please the kind of people that insist on everything in their life being 100% au natural, but for those of us who are willing to sacrifice tradition for technological advancement, it’s a great product with some very useful applications.

What is Pakkawood made from?

As mentioned, Pakkawood isn’t wood. But weirdly, it still manages to be made of wood. As Hunker (www.hunker.com/12003642/what-is-pakkawood) explains, Pakkawood is made from pieces of hardwood veneer that have usually been dyed with bright colors using a vacuum process. The veneer is infused with plastic resins using a very high-pressure procedure. The veneer pieces are then stacked and compressed into plywood blocks. Each block typically contains around 29 pieces of wood per inch.

You might think you’ve never seen Pakkawood before. The truth is, you probably have without realizing it. Pakkawood is an imposter of the best kind. Even those with perfect vision would be hard pushed to tell the difference between something made of Pakkawood and something made of real wood. In appearance, Pakkawood is remarkably similar to woods like chestnut, oak, walnut and zebrawood. The only difference is that Pakkawood products have usually been treated to a colorful makeover before hitting the market. Whatever color of the rainbow you like your utensils to come in, you’ll find a Pakkawood version to match.

What’s so special about Pakkawood?

When there so many varieties of naturally occurring wood in the world, you might be wondering why anyone would go to the bother of creating one. The reason is simple. Pakkawood is far, far more durable than most kinds of wood. It can be used for years without showing even the slightest amount of wear and tear. While real wood is prone to splitting and warping, Pakkawood isn’t. Wash it however many times you like, use it for however many years you need, and it’s not going to suffer any ill effects. Pakkawood is, in essence, Wood Mark II. It doesn’t need us to spend more time caring for it than we do using it. It’s robust, it’s hardy, and it’s ideal for people that would rather not spend half their lives oiling, cleaning, and caring for high-maintenance kitchen utensils.

What is Pakkawood used for?

As rivermarketbarandkitchen.com notes, Pakkawood can be used for a wide variety of purposes. However, its most popular application is in kitchen knives, cooking spoons, spatulas, and other kitchen utensils. Why? For a start, it’s water-resistant. Regardless of how long you keep the utensil and how often you use it, you’ll never have to worry about it splitting or warping after washing (there is a slight caveat to this, but we’ll circle back to that shortly). Secondly, while it offers the same durability as steel, it won’t scratch your pots and pans in the same way. Another common use for Pakkawood is in the construction of tactical knives. Thanks to its incredible durability, it’s also often used as the basis for military knives. Pakkawood is also a popular choice of material in pool cues. It looks good, it’s hard to break, and it’s not going to splinter – what could be better?

How to care for Pakkawood

Pakkawood might be an incredibly durable and trouble-free material, but that doesn’t mean you can skimp on basic maintenance. Remember that caveat I mentioned about being able to wash Pakkawood without worrying about it splitting or warping? Here it comes… Pakkawood might be water-resistant, but don’t mistake that for water-proof. If you leave a Pakkawood utensil to soak in hot water for hours at an end, prepare for trouble. Typically speaking, a quick rinse in cool water is best. Choose a mild detergent to avoid damage. And whatever you do, don’t put it in the dishwasher. To keep Pakkawood in optimal condition, buff it with tong or mineral oil from time to time. If it’s starting to look a little worse for wear, a light rub with a piece of sandpaper will soon restore it to its former glory.

The pros and cons of Pakkawood

Pakkawood is a great material, but nothing is completely without its flaws. So, what are the advantages and disadvantages of choosing Pakkawood over regular wood? As millennialhomeowner.com notes, Pakkawood has several advantages over traditional wood. It’s durable, it’s water-resistant and it’s easy to care for. Wood, on the other hand, lacks durability. It can splinter and warp with use and requires far more maintenance to keep it in tip-top shape. As another plus, Pakkawood is available in a vast array of colors and patterns. It might be a slightly superficial point, but for proud homeowners who like their utensils to look as good as everything else in their kitchen, it’s a definite plus. On the downside, Pakkawood isn’t natural. For most people, that’s not going to matter too much. But for those who like their wood to be wood, it’s a bugbear. However, if you can get over your desire for a ‘real’ wood-handled knife, you’ll find Pakkawood a first-rate choice. 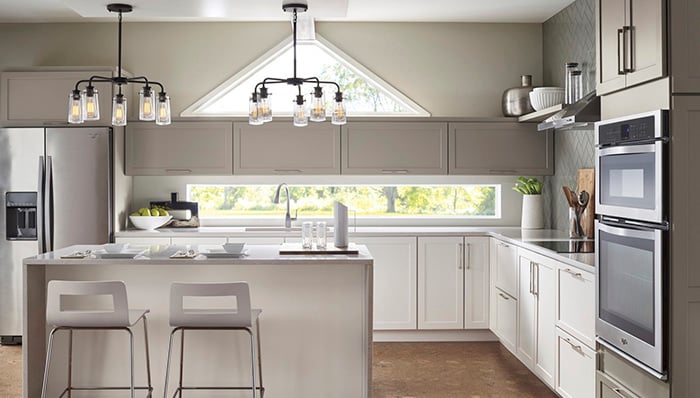 More than ever, the kitchen is the heart of the home. No longer just a functional place for cooking, it’s increasingly becoming where we do most of our living. Whether it’s eating, studying, watching TV,…

Shopping for paint can be confusing. There are oil-based paints, emulsion paints, whitewash, enamel paints, bituminous paints, distemper paints, epoxy paints, latex paints, lead paints… the list goes on. How anyone is expected to know…

Your HVAC is one of those modern comforts we all love and want in order for us to live as comfortably as possible. It runs all year, keeping you warm in the winter and cool… 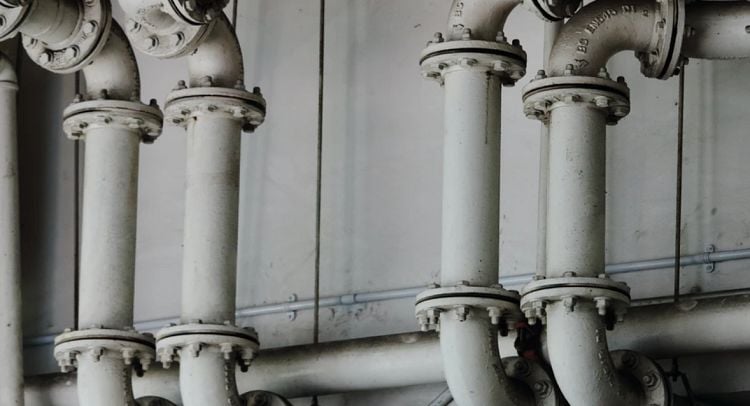 If there’s one thing no one wants in their water line, it’s sediment. Sediment can increase the risk of clogging, make your water taste funky, and make your boiler throw a temper tantrum. Fortunately, this… 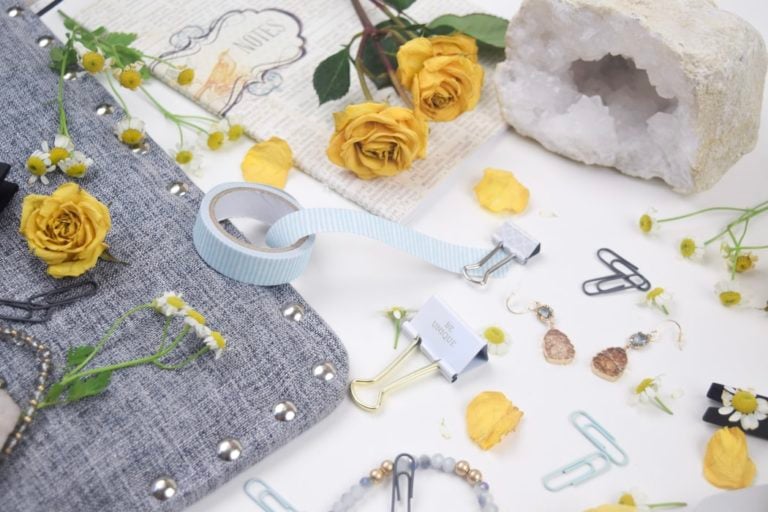 Originating from Japan, Washi tape is an artistic revolution that has deluged the whole world. Nowadays, everyone is using it, and with the plethora of things you can create using this colorful masking tape, this… 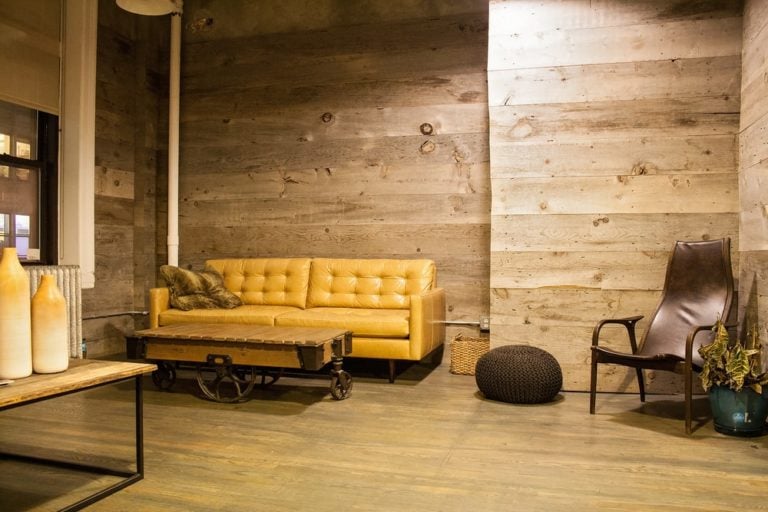 When most people think of the walls in their home, and in most homes, they quickly picture walls that are constructed of drywall material. It’s not only cheap and easy to install, but it is…