Home
Home and Garden
Home Tips
Mapp Gas Vs. Propane: Which is the Better Choice?
Prev Article Next Article 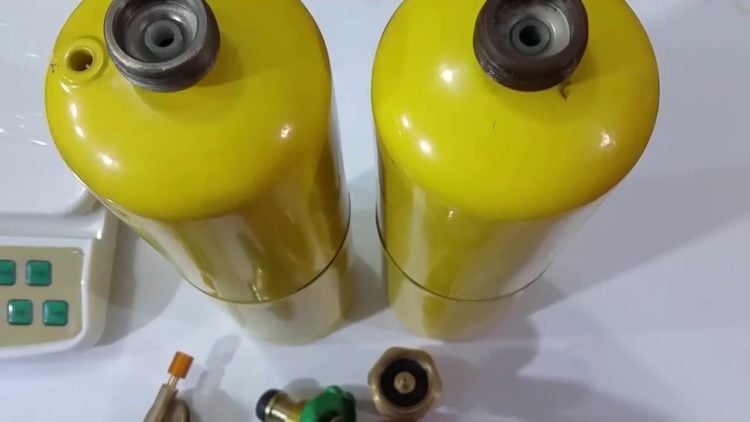 Whether you’re a fan of barbecuing or welding, you’ll know that the gas you choose matters. But how much do you know about the different gases available? Most people opt to use either MAPP gas or propane. The problem is, the choice is usually driven by habit rather than an awareness of what each type offers. If you want your next purchase to be an informed decision rather than a mindless habit, here’s what you need to know about MAPP gas vs propane.

What is MAPP Gas?

Before looking at the pros and cons of each type of gas, it’s worth understanding what each one actually is. MAPP gas is made by blending methylacetylene propadiene and liquefied petroleum. It has a huge variety of industrial uses, including welding and soldering. It’s also popular with chefs, who commonly use it for barbecuing, grilling, and searing.

What is Propane Gas?

While MAPP gas isn’t a name that’s familiar to many people outside the industrial and catering sectors, propane gas is a name we all know. Propane is a by-product of natural gas processing and petroleum refining and comes from the same family of liquefied petroleum gases as butane, propylene, butadiene, butylene, and isobutylene. Although its burning temperature is lower than fuels like gasoline and coal, it’s affordable and clean, making it a popular choice of gas for generators, outdoor heating, and BBQs.

Which is the Better Choice?

Asked to choose which is the better, MAPP gas or propane, most people will choose the latter. But in a lot of cases, the decision is influenced more by the fact that propane is the better known of the two than anything else. But that isn’t to say it doesn’t offer some singular benefits. For a start, its low burning temperature allows chefs greater control over the finished product. As venchas.com notes, it’s also compatible with soft soldering copper pipes, making it a popular choice in the industrial sector. MAPP gas, meanwhile, has plenty of perks of its own. While the low burning temperature of propane might afford chefs greater control over their food, propane has a habit of leaving a lingering aftertaste – something MAPP gas manages to avoid. Its ability to reach 3,700 degrees F, meanwhile, makes it the preferable choice for blowtorches. Unquestionably, each type of gas comes with a good bunch of advantages. But which one has the most?

MAPP gas might be more expensive than propane, but do its advantages outweigh the cost difference? Or does propane come off the winner?

Both MAPP gas (or, more accurately, its substitutes) and propane are popular choices in both industry and cooking. As to which is best… it depends. For experienced cooks who can handle extreme temperatures, MAPP gas is often seen as the preferable choice. It cooks faster, sears meat to perfection, and doesn’t leave any lingering smell of gas. When it comes to soldering copper pipe and cutting and welding steel, the high burning temperature of MAPP gas makes it stand out from the competition.

But none of that is to say that propane doesn’t have its own unique charms. For a start, it’s cheaper and more readily available. There’s also the fact that many inexperienced or causal cooks prefer the increased control they get over the cooking process with propane. Ultimately, there’s no clear winner. It all comes down to your experience and your preferences. If you’re looking for a cheap, readily available gas that offers superior control and safety, stick to propane. If you’re an experienced hand with a need for speed, you’ll probably prefer MAPP gas. Both gases have their applications – it’s simply a question of deciding which suits you best.