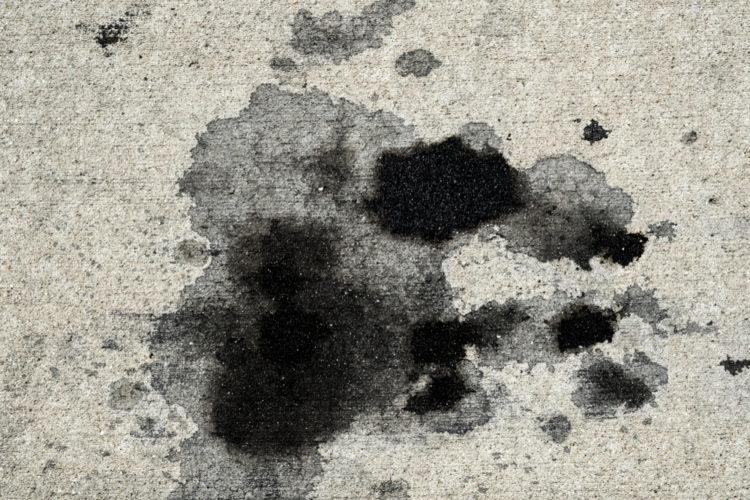 Grease isn’t a single substance. Sometimes, it refers to certain solid or semi-solid lubricants that see use in mechanisms where lubricating oils wouldn’t stick around. Other times, it can refer to cooking oil or the collected results of using cooking oil. Unfortunately, it is very common for one kind of grease or another to fall upon the ground, thus creating messes that should be cleaned up sooner rather than later.

Why Is Grease on Concrete Such an Issue?

There are a number of reasons why people will want to clean up grease on their concrete surfaces sooner rather than later. For starters, such messes are unsightly. That might not seem like much. However, unpleasant surroundings have a real impact on people’s moods, which in turn, means a real impact on their productivity. Furthermore, such messes can also increase the chances of a slip-and-fall accident, which should be treated as a serious problem because falling on concrete surfaces can be very painful to say the least. In fact, it is important to note that a slip-and-fall comes with a real chance of someone suffering long-term consequences. Something that is particularly true for people who are on the older side of things. Finally, grease can make for even worse messes. After all, if someone steps in it, they could track it into their home. An outcome that will make even more cleaning necessary.

How Can You Get Grease Out of Concrete?

People who see grease on their concrete surfaces have a number of methods that can be tried out. For starters, interested individuals should consider using baking soda. Essentially, people are supposed to put a thick layer of baking soda on the grease. After which, they are supposed to let it sit there for about 30 minutes. Once the time is up, people can use a brush to scrub the concrete surface using soap and water until the grease has been removed. Then, it is a matter of rinsing the concrete surface with water before letting it dry on its own. There are other methods that might prove useful as well. Simply put, grease on concrete is a common problem. As a result, there are various products that people can pick up to help out with such problems.

For example, Pour-N-Restore is a product that is supposed to be suitable for smaller patches of grease. It is used by being troweled onto the dry concrete before being permitted to dry up over the course of eight hours or more. After which, the resulting powder is supposed to be swept away while the concrete is allowed to dry on its own. If the grease is still there, it might be necessary to repeat the process until it is gone. Similarly, Griot’s Oil and Grease Cleaner is another product that is supposed to be suitable for bigger patches of grease. It is used by being sprayed onto the concrete, letting it sit for a few minutes, and then rinsing it off. In some cases, it might be necessary to use a brush to assist in the removal of the grease. Regardless, people should be very careful about the tools that they use for removing the grease on their concrete surfaces. Some of the products that can be found out there are quite harsh. As a result, they can cause issues if they spread into the environment. Similarly, if they aren’t careful with their tools, they might do damage to the concrete itself. Something that can increase the rate at which it undergoes depreciation.

How Can You Keep Your Concrete Surfaces in Good Condition?

Cleaning up grease and other unwanted substances isn’t the only thing that needs to be done to keep concrete surfaces in a good condition. There are a number of other precautions that people should take as well. Combined, they will enable them to extend the useful lifespan of their concrete surfaces to their maximum extent, thus enabling them to push expensive repair and replacement costs as far back as possible. First, concrete needs to be sealed. It is very solid. However, it is also very porous. As a result, unsealed concrete can absorb a lot of water, which won’t do wonders for its longevity. For instance, if people live in a colder climate, it is very much possible for that water to expand when it freezes. A process that can do enormous damage to unprotected concrete. Similarly, unsealed concrete can absorb other liquids as well, which can do different kinds of damage in their own particular way. Due to this, cured concrete should be sealed. Furthermore, concrete should be re-sealed on a regular basis, with two years being a good guideline for acrylic-resin sealers and five to ten years being a good guideline for penetrating sealers.

Moving on, it is very important to keep concrete clean. As mentioned earlier, substances can be absorbed into unsealed concrete. On top of that, there are some substances that can cause damage to the sealant, meaning that it will need to be reapplied sooner than otherwise necessary. Due to this, preventing spills is best. However, cleaning up any spills as soon as possible is critical for preventing potential issues from popping up, which includes cleaning up any spilled grease. Similarly, people should also avoid any chemicals that are known to cause damage to concrete surfaces. One excellent example would be deicing chemicals. Interestingly, these aren’t bad on their own. Instead, deicing chemicals are problematic because they can increase the number of freeze-thaw cycles, meaning that they can allow other substances to do more damage. On a final note, people shouldn’t be too strict about sticking to general guidelines. After all, general guidelines are meant to be nothing but that, meaning that it is very much possible for individual cases to need different treatment. If people see something problematic come up with their concrete surfaces, they shouldn’t hesitate to call in an expert for a professional opinion on the matter. Faster intervention might enable them to minimize the damage done, which could save them a fair amount of money in the long run.