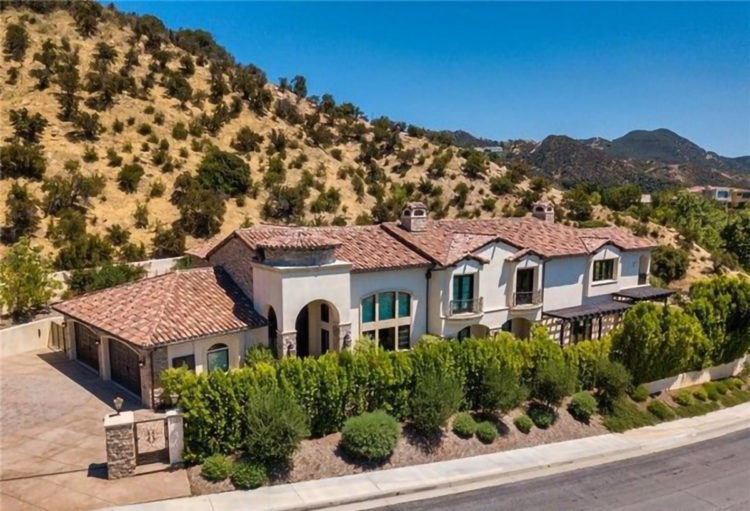 Jeffree Star is a YouTuber, makeup artist, singer, and entrepreneur from California. He founded the cosmetics company Jeffree Star Cosmetics, which he promotes in makeup tutorials on YouTube. It has led to him being one of the highest-paid YouTube stars in the world. In the past, Jeffree Star also had a budding music career. He released his only album in 2009, says Wikipedia (https://en.wikipedia.org/wiki/Jeffree_Star#Personal_life). He landed a contract with Akon’s record label Konvict Muzik in 2010. However, due to Akon’s legal battles, Jeffree star quit the music industry in 2013. At the time, he was almost bankrupt, but he used every cent he had to start his cosmetics company. Having made a success of his cosmetic business, The Sun says that Jeffree Star’s net worth is now $200 million. Therefore, it is little wonder that he can afford to live in amazing properties. Star has recently sold his former Calabasas home, almost a year after he moved out of the property. So, let’s take a look at the former home of the entrepreneur and Internet sensation. In early 2020, Jeffree Star split from his long-term boyfriend, Nathan Schwandt. It led to him putting his home in Calabasas on the market. He moved to an estate in Hidden Hills, for which he paid $14.6 million. Star had bought the seven-bedroomed, 0.64-acre Calabasas property back in 2016 for around $3.6 million. Unfortunately, he has sold the mansion for a loss, at the new homeowner paid just $3.4 million for the house. Not only is this less than he paid for the property, but he will also have realtor fees and taxes relating to the sale of the property. Although this is a significant monetary loss to most people, it will hardly make a dent in Star’s bank balance. One possible reason why it took so long for the property to sell is the interior design of Star’s former home. He had it decorated very much to suit his own style rather than to more popular interior design styles, as pink is the color scheme that runs throughout the property. Many of the multi-million-dollar homes in Calabasas are bought by celebrities, but that is not the case in this situation. Jeffree Star’s home has been sold to Dr. Harpreet Bawa, a prominent orthopedic surgeon, and his wife, Sabreena. Either they are fans of the bright color scheme, or they intend to give the property’s interior a complete overhaul. The high ceilings are a notable feature that runs throughout the property, but the most noticeable aspect of the interior design is the home’s pink color scheme. Star’s passion for pink is apparent as soon as you step through the front door of this property, as the double-height foyer is painted bubble gum pink. In the foyer, there are steps leading from the doorway, above which hangs a chandelier. The floors are tiled in light gray marble, and there are large windows that are draped with coordinating pink curtains. A curved staircase leads to the second floor, which has a balcony that is open to the foyer and is supported by pillars. A fireplace is another prominent feature of the vast entranceway. The pink color scheme continues into the family room on the ground floor. In this room, the main features are a large fireplace and a wet bar with a granite top. Beamed ceilings add a sense of tradition to the room, and two large sets of doors flood the room with light and provide access to the gardens. There is a formal dining room, which is also decorated in two garish shades of pink. Another pink feature of the room is the ruched curtains over the doors that lead out to the grounds. One half of the room is carpeted, while the other half has dark wooden flooring. Even the kitchen has not escaped Star’s love of pink, as the walls are pale pink, and there are pink chandeliers suspended over the kitchen’s two large islands. The kitchen is fitted with a combination of light and dark wood cabinetry with granite countertops, and the patterned brick ceiling is an unusual element of the design. There is an informal dining area with double doors leading out to a patio at the far end of the kitchen. The master suite is another area of the house with pink as the main color scheme, as the walls of the master bedroom, the ensuite, and the walk-in closet are all painted in this color. While the bedroom and the ensuite have wooden floors, the ensuite has a gray marble floor that matches the countertops surrounding the double sinks, the sunken jacuzzi bathtub’s surround, and the tiling of the shower unit. Although pink is the color scheme that runs throughout most of the property, there are two rooms in the house with a different color scheme. One of the five guest bedrooms is painted chestnut brown, while another is painted red. Jeffree Star’s former home sits on a plot of 0.64-acres, says Dirt.com. Therefore, there is plenty of space to enjoy the California sunshine. There are multiple patios around the property and a covered outdoor dining area with a brick fireplace. Surprisingly, one feature that is missing from this property is an outdoor swimming pool, which is unusual for a house of its size, price bracket, and location. However, there is enough room to add a pool if the new homeowner wishes. Despite the lack of a pool, there are many other features of this property’s exterior that make it an appealing property worth its price. These include a four-car garage, a state-of-the-art security system, and views across the Calabasas skyline. The new homeowner can also enjoy the views across Calabasas from the property’s balconies.