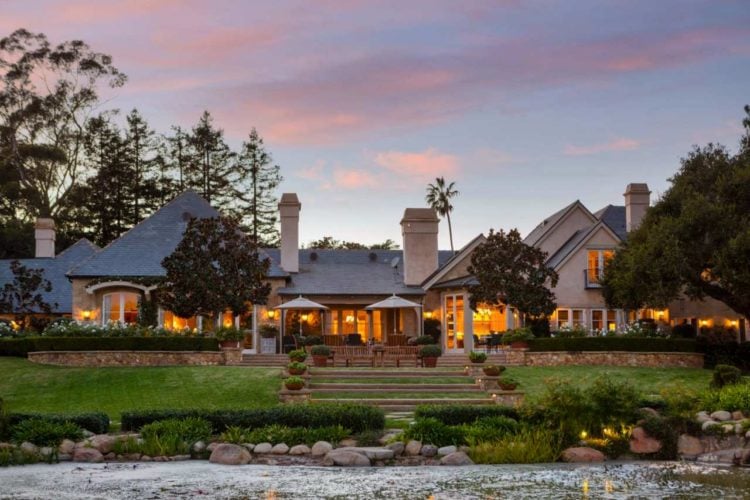 Adam Pritzker is a wealthy man, as not only is he an heir, but he is also a successful entrepreneur. He is the eldest son of billionaire John Pritzker, so he stands to inherit a fortune from his father. Pritzker is also the grandson of Jay Pritzker, who co-founded the Hyatt Hotels brand. While many heirs may laze around living the high-life and waiting for their inheritance to further increase their wealth, that is not the case with Adam Pritzker. Instead, he chose to make his own mark in business and co-founded General Assembly, a professional development school for adults. The company was sold to the Adecco Group in 2018 for a staggering $400 million. Since then, Adam Pritzker has become the CEO of Assembled Brands, a holding company. He has also been appointed as a Columbia trustee, as he is a graduate of Columbia Law School. Therefore, he is hardly sitting on his laurels. In his personal life, Adam Pritzker married Sophie McNally in 2016. The couple has already established an impressive real estate portfolio, which includes an $8.8 million villa in Beverley Hills that he bought a little over a year ago. They have now added another property to their portfolio, as the couple has splashed out $15.8 million on an expansive estate in Montecito, California. 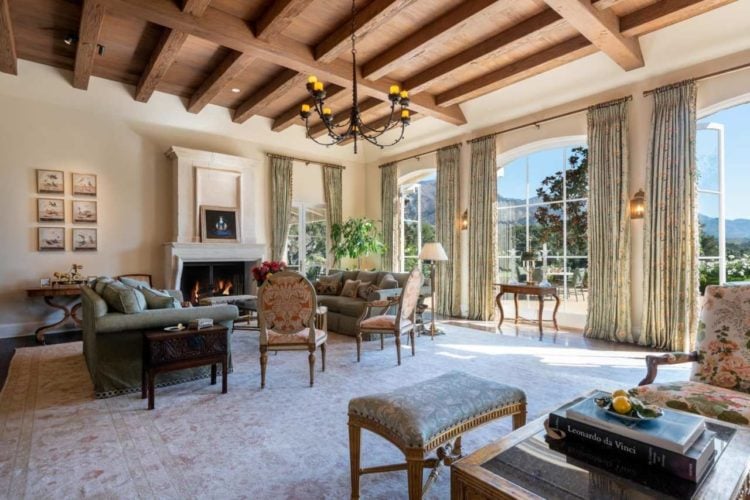 Adam Pritzker’s new California home is a French Country-style compound in Montecito. It is located on one of the area’s best streets with many rich and famous neighbors, including Prince Harry and his wife Meghan, says The Guardian. The estate is next to a humungous residential complex that media personality Dennis Miller had custom-built. Last year, Miller sold the complex to Ellen DeGeneres and Portia de Rossi for a staggering $49 million. Pritzker’s estate consists of three structures totaling more than 12,000-square-feet and boasting a total of seven bedrooms and 11 bathrooms. The main house, guesthouse, and pool house all sit on a 4.5-acre plot. The property was originally built in 2005 for Jeff Barbakow, who has retired as a healthcare CEO to become a filmmaker. Pritzker has paid $15.8 million for the property. 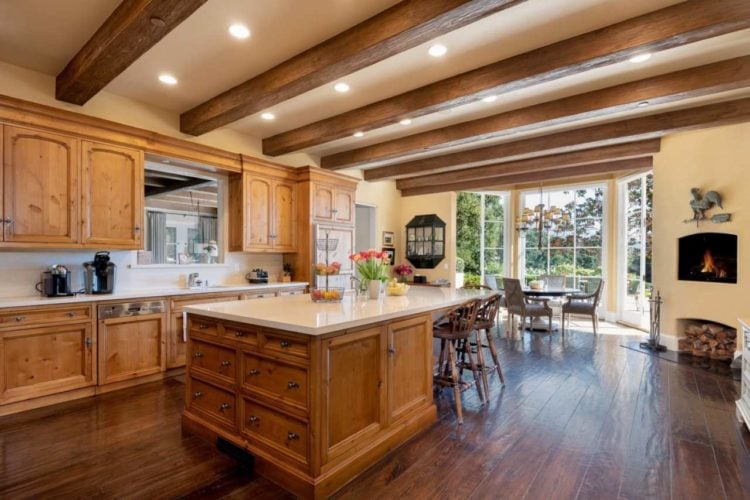 Inside the Luxurious House

Adam Pritzker’s new Montecito estate differs from many of the surrounding properties for two reasons. First, although it is a two-story property in some parts, most of the house is on a single level. It also differs in terms of the interior style. While most properties in the area have a Spanish or Mediterranean vibe, Pritzker’s home has a French style with frills and opulent details. The formal dining has a stunning walnut parquet floor and an ornate fireplace. At one end of the room, double French doors lead out to the garden. Above the dining suite hangs an elaborate chandelier. There is a different vibe in the main living room, as there is a wooden ceiling with beams, neutral walls, and dual aspect floor-to-ceiling windows flooding the room with light. The furniture is arranged around a fireplace, and the living room is connected to the outdoors via French doors. 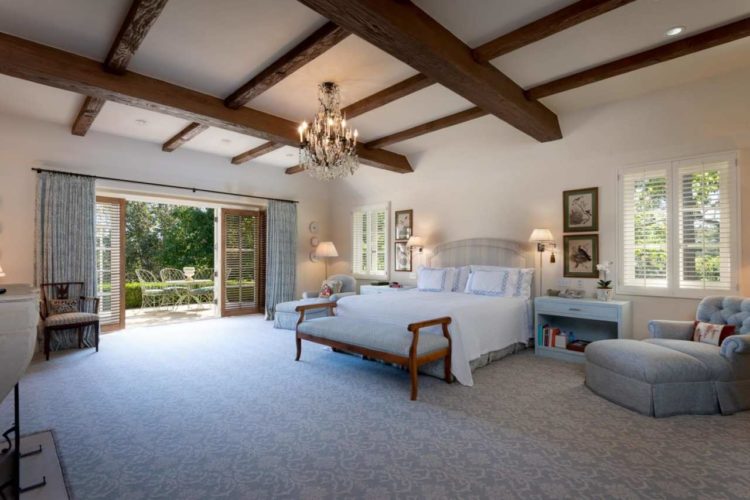 Ceiling beams also feature in the kitchen, which has a traditional farmhouse style with wooden cabinetry. To one corner of the room, a fake log fire is built into a chimney stack above a stack of logs in an alcove, which adds to the room’s rustic feel. The kitchen boasts two informal dining areas, as there is a large island with dining space to the center of the room, and a small dining set sits in a bay of floor-to-ceiling windows. It is also open to a cozy yet spacious seating area. One of the more unusual rooms on the main level, and a clear sign that it is a multi-million-dollar home, is a movie theater. The movie theater has a neutral paint scheme and comfortable tiered seating. The ground floor also houses an impressive master suite, which boasts another fireplace. It is so vast that the bedroom has private seating and dining areas. 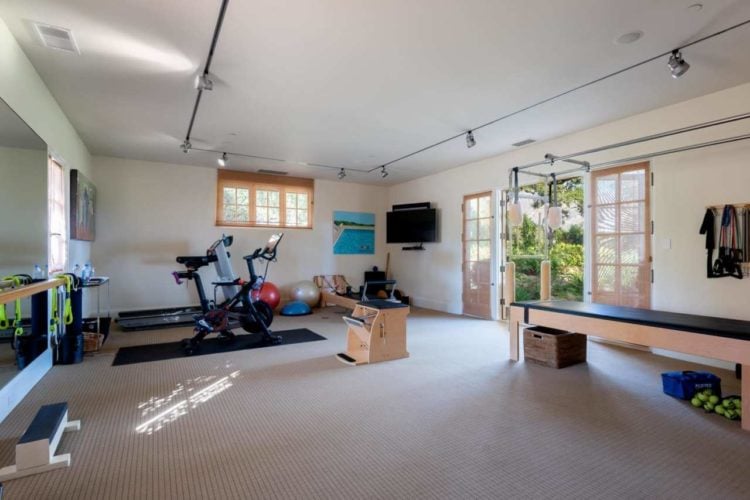 Pritzker’s property is surrounded by stone walls, and the front is guarded by 12-foot iron gates. Through the gates, there is a long gravel driveway leading to a circular motor court at the front of the property with plenty of space to park multiple vehicles. The grounds are arguably more impressive than the interior of the main house. A three-car garage offers additional parking, above which there is a guesthouse with spacious accommodation for friends and relatives to stay overnight. There is also a skylit pool house that has a sitting area with a stone fireplace and a white vaulted ceiling, along with several rooms that have the potential for use for various purposes. The pool house sits beside a large, oval pool that is surrounded by a terrace area for lounging. Another water feature in the garden is a rock-lined koi pool with a waterfall effect. 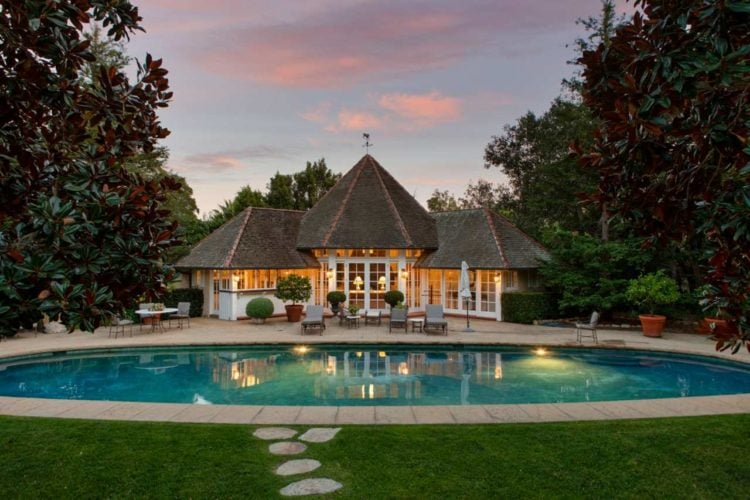 It is not only swimming that Pritzker and his wife can enjoy in the grounds of their new home, as there is also a full-sized tennis court to the rear of the property, says Dirt.com. The tennis court is surrounded by hedges and set at the end of a graveled area between two small terraces with seating. Around the rest of the 4.5-acre plot, there are lawned areas, stone pathways, and manicured hedges. There are also citrus groves, sustainable vegetable gardens, and various seating areas dotted around the garden. Some areas of the garden also feature mature trees. Directly to the rear of the property, there is a raised stone terrace for dining and entertaining that is partially enclosed with a stone wall and manicured hedges. From the terrace, steps are leading down to a lower terraced area with further seating surrounded by a large lawn. 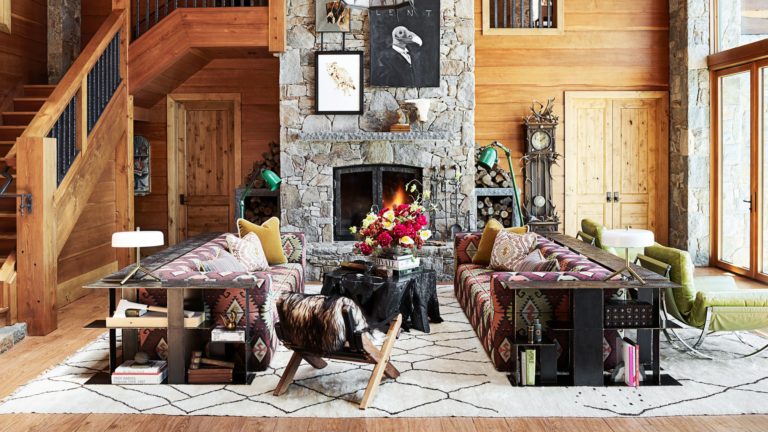 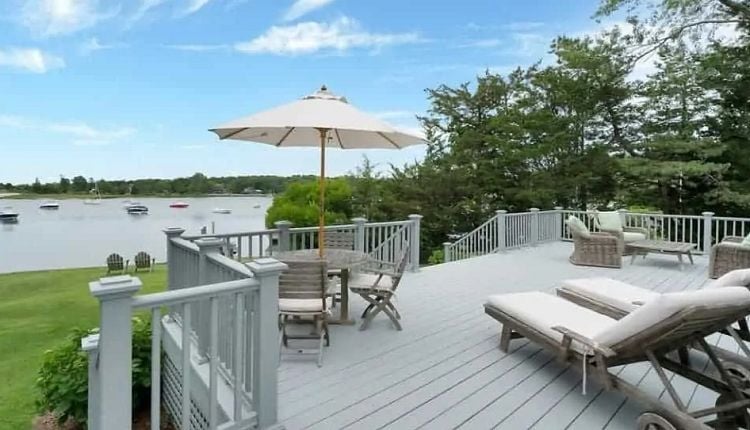 Matt Lauer is a former TV anchorman with a less than savory reputation. And that’s putting it mildly. After decades of fronting NBC’s Today show, he was ousted in 2017 after allegations of sexual harassment… 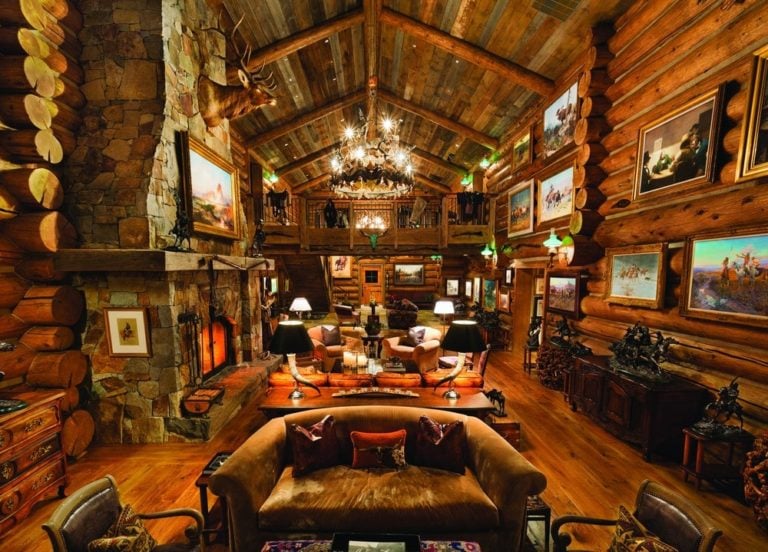 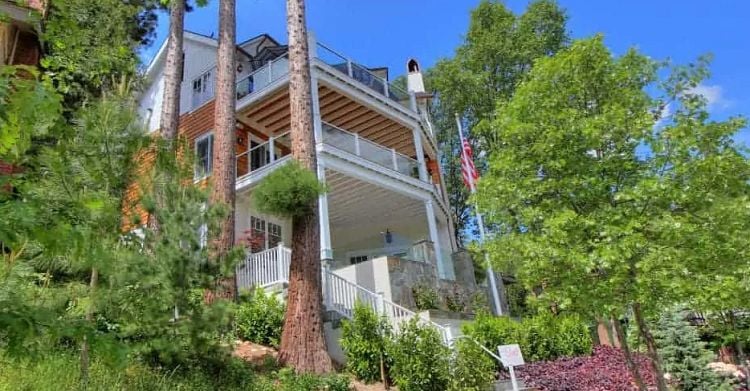 Brian Wilson is a singer, songwriter, musician, and record producer born in California in 1942. He is best known as one of the Beach Boys co-founders, a pop group who were at the height of… 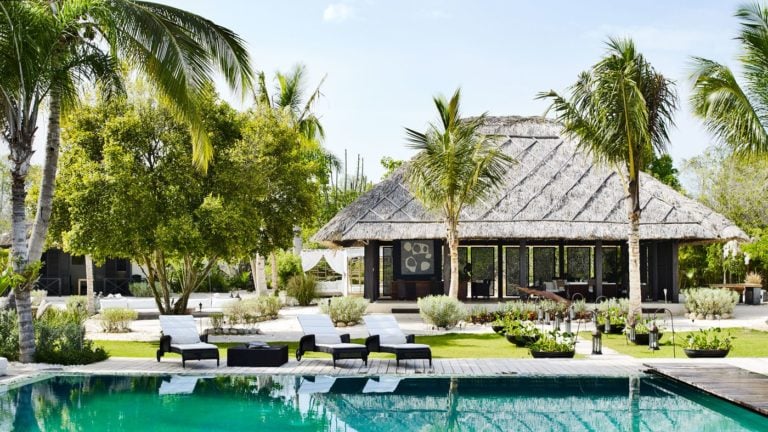