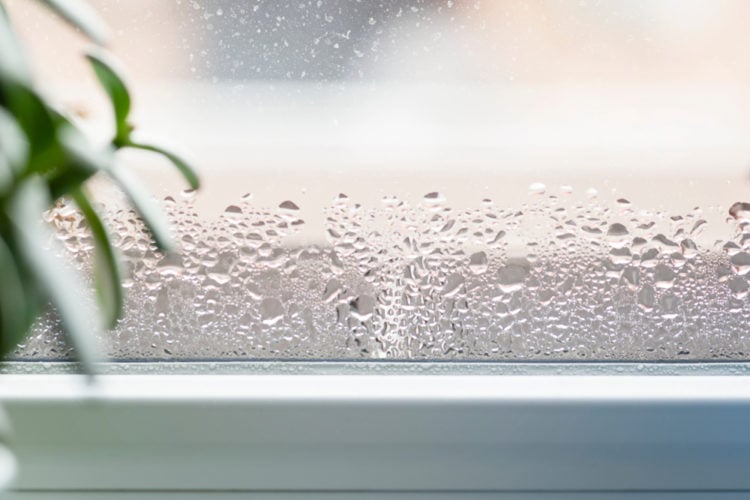 Humans sweat for the purpose of temperature control. Similarly, there are a number of other animals that sweat for much the same reason. However, the important point is that sweating is very much something that certain living organisms do, thus making it very concerning when something non-living starts either sweating or doing something that looks a lot like sweating. For instance, interested individuals should know that it is possible for their walls to “sweat.” Something that should convince them to start searching for the cause as soon as possible because the potential consequences are catastrophic.

Why Are Your Walls Sweating Such a Huge Issue?

After all, the water won’t just go away on its own, which is a huge issue because water can do a great deal of water damage within a very short period of time. It can eat into building materials, thus resulting in expensive repair costs or even more expensive replacement costs. Furthermore, water can create hospitable conditions for both mold and mildew, which can pose serious threats to human health. However, there is the nightmare scenario to consider as well. If people are lucky, the source of the water won’t worsen over time; if people are unlucky, well, suffice to say that the ability of water to do water damage means that a small issue can become a very big issue. Unfortunately, this means that people should always be concerned about the potential for flooding.

How Can You Stop Your Walls From Sweating?

People can’t stop their walls from sweating without understanding why their walls are sweating. As such, they need to start by figuring out what is going on. People can do so by calling in the professionals. However, there is a test that they can do on their own that might prove useful. If it works out, they can proceed to the next step; if it doesn’t work out, well, there is still the option of calling in the professionals. In short, the process consists of using something to clean up the sweat before taping some aluminum foil over the spot. People should then wait 24 hours before checking to see if there is moisture on the surface of the aluminum foil. If there is, that means that condensation is at work in the relevant space, which should provide people with a general sense of what to look for next. In contrast, if there isn’t, that means that something else is responsible. As such, people should proceed to look elsewhere for the cause of the sweating.

Condensation tends to happen because there is too much moisture build-up in a space that isn’t very well-ventilated. As such, there are a number of potential solutions depending on exactly what is going on. Sometimes, people are using something such as, say, a portable gas heater, that is producing moisture. As such, if that is the case, it is a good idea to stop using them in that particular location. Other times, people might not have a choice but to use those things in those particular locations. If so, it is a good idea to use either vents or extractor fans to make sure that the moisture is moved elsewhere rather than permitted to stick around. Unfortunately, if condensation isn’t the cause of the sweating, matters can become much more complicated. After all, it is something that can be caused by a wide range of issues, meaning that interested individuals might need to do some serious searching. In some cases, it is possible that the sweating can be fixed by reapplying some sealant. This might be the case if people are seeing sweating walls in their basement because such spaces are often surrounded by damp soil. Thanks to that, it is possible for moisture to make its way inside by seeping through the concrete or other building materials. Sealant can block that, but sealant isn’t permanent, meaning that it could be that the basement needs another layer of the stuff.

In other cases, it is possible that the sweating is caused by a leak or some similar issue situated in the plumbing system somewhere. This tends to be a very concerning possibility. Most people don’t exactly have convenient access to their plumbing system, which makes it difficult to tell exactly what is going on as well as where the problem is located if there is indeed a problem. It would be nice if such issues were situated at the same locations as the sweating walls. However, the chances of matters being that convenient are not particularly high because water can move about with great ease. Due to that, if people suspect that a leak is to blame, they should seek out professional assistance sooner rather than later. Something that is particularly important because problems with the plumbing system have a very nasty tendency of worsening if they are permitted to remain uncorrected.

Fortunately, the Internet makes it very easy for interested individuals to find a list of suitable service providers in the local area. Still, they shouldn’t just choose the first one that comes up in the search results. Instead, it is a good idea for them to check the service provider’s qualifications and testimonials to make sure that they are indeed the right choice for the job. This is critical because sweating walls can be a sign of something extremely serious, meaning that it needs to be resolved in an effective and efficient manner for the best outcome. In contrast, if someone chooses the wrong service provider, well, suffice to say that the sheer number of nightmare stories about bad service providers are far from being baseless in nature. Besides this, people might want to consider looking up a suitable service provider for such issues ahead of time. Often-times, plumbing and other household issues don’t give them a lot of time in which to look for someone suitable, meaning that they are forced to rush. By looking up a suitable service provider ahead of time, people can have a plan in place, thus enabling them to respond in the timeliest manner possible.