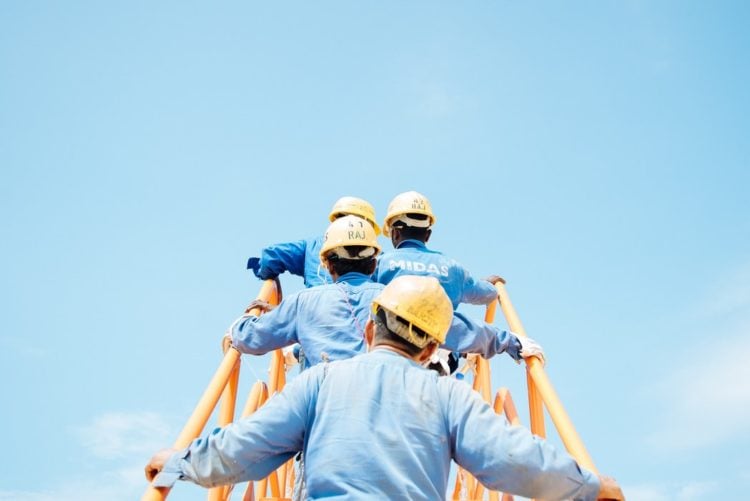 If you’ve found a contractor with an honest face, an upfront price list, and by their own account, an army of happy customers, then all’s well in the world. Your renovation work is in safe hands. Or is it? While your contractor might be happy enough to blow their own trumpet, their previous clients (if there even are any) might have an altogether different story to tell. Here are ten things your contractor will never tell you, but probably should.

1. You get what you pay for

Everyone wants a great deal, but if you get a quote from one contractor that’s significantly less than the one’s you’ve been offered elsewhere, don’t sign the dotted line before you’ve had time to think. Contracting is very much a field where you really do get what you pay for – if someone’s offering you something well below the going rate, alarms bells should be ringing as to why. Along with the chance that they’re going to leave an expensive mess on your hands, there’s also the possibility that they aren’t being upfront about their charges… or the fact that they’re fully anticipating some expensive ‘complications’ further down the line that’ll add a few extra 000’s to their final bill.

2. You really should be checking their references

Most contractors will have no problem in telling you all about their 20 years of experience and their thousands of satisfied customers. The truth could be a little different. Unless you want to pay someone who’s never wielded a hammer in their life to completely remodel your house, don’t accept their references on face value. Check them.

As CNBC rightly puts it, getting your home renovated might be a big deal to you, but to your contractor, it’s just another day in the office… one they may or may not turn up for. If a contractor wants to keep afloat, they’ll usually need to be working on multiple jobs at the same time. For them, it means a living wage. For you, it means going several days at a time without seeing hide nor hair of them.

4. They don’t know what they’re doing

For every honest, straight-down-the-line contractor, there’s another that will happily spin you a yarn if it means getting a bigger paycheck at the end of it. Not all contractors are qualified for every job – hence the reason they’ll often offload some of the work to subcontractors. If your contractor claims to be everything from a builder to a plumber to an electrician, ask to see the licenses that prove it. A jack-of-all-trades might be all very well, but when it comes to certain types of work, there’s no beating a master.

5. It’s your job to do the paperwork

If you thought your role in the process was limited to signing the checks, prepare to be disappointed. As Bobvilla.com notes, if there’s any building permits, inspections, or approvals needed, it’s going to be your job, not your contractor’s, to get them. You’re also going to be the chosen one when it comes to getting a valid certificate of occupancy once the work is done.

6. Things are going to get messy

Even if the job is relatively minor, the amount of dust, debris, grime, and noise is going to be anything but. Some contractors will cordon off the area they’re working on to minimize the impact – others won’t unless you specifically request it. If you’ve got young kids, work from home, or are sensitive to noise, you’re probably going to be better off leaving the house and staying somewhere else for a few days.

7. If they can cut a corner, they will

Your contractor may leave your house looking beautiful, but it might not be long before the cracks start to show. As Fox News reports, if there’s a cost-cutting measure or a time-saving hack available, you can bet your bottom dollar a lot of contractors will take it. Using substandard materials, skimping on essential products, cutting out entire steps…contractors have all the tricks in the book. Worst of all, you probably won’t even realize it till your gutters freeze or your walls collapse.

Most contractors will ask for at least a portion of the money upfront or as they go along to pay for essential supplies or labor costs. And that’s fine. But what some contractors have an awful habit of doing is pulling a disappearing act as soon as they’ve bled you of as much cash as they think they can. Work out well in advance how they’ll be paid, and only deliver the final installment once the last job has been completed.

9. They could kill you

If a contractor comes across asbestos as they’re working, they’ll recommend you call in a licensed asbestos removal contractor. Or at least, they will if they have an ounce of responsibility in their body. The problem is, of course, asbestos removal contractors tend to charge big-time… and why pay several thousand for a specialist when you could just add on a couple of hundred to their bill and they’ll take care of the rest? If your contractor suggests this, run a clean mile. Not only is it illegal for an unqualified contractor to work with asbestos, but any little mistake they make could also have life-threatening consequences. Unless you want to spend the rest of your time in the house breathing in cancer-causing dust, stick to the experts.

10. They’re good, but their subs are terrible

So, you’ve met your contractor, you like their prices and they seem the decent sort. Their licenses are valid and according to your checks, they’re not wanted in any other state for crimes against remodeling. So, all good, right? Right. Unless they subcontract out. The contractor you think you’re hiring might put in a few hours here and there, but in a lot of situations, it’s a team of subcontractors that do most of the work. Unless you ask upfront for a list of who the subcontractors will be and what their qualifications and experiences are, you could be getting a lot more (or a lot less, as the case may be) than you bargained for.