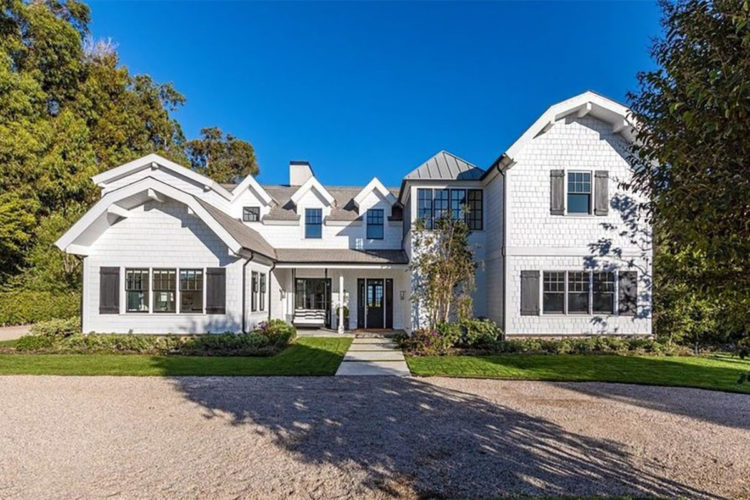 Chris Martin is a singer, songwriter, multi-instrumentalist, and record producer who is best known as the co-founder, lead singer, and main songwriter of the British rock band Coldplay. The band was formed in 1996, although it was originally called Starfish before it was renamed Coldplay in 1998. Coldplay first became famous after releasing the single ‘Yellow’ in 2000, and it was for this single that the band earned their first Grammy Award for the Best Rock Song. The band has also won two Grammy Awards for their albums and sold more than 100 million records worldwide. In addition to creating music with the band, Martin has also had a career as a solo artist and collaborating with other artists.

In his personal life, Chris Martin was married to actress Gwyneth Paltrow from 2003 to 2014. They had two children together; a daughter, Apple, and a son, Moses. Since 2017, Martin has been in a relationship with actress Dakota Johnson, known for playing the lead female role in the’ Fifty Shades of Gray’ series of films. Now, Martin and Johnson have bought a Malibu property together, paying a whopping $12.5 million for the palatial pad. Let’s take a look at what they got for the money by taking a peek inside and out of their new Malibu home. Although Martin and Johnson bought their new Malibu home at the end of 2019, the news has only recently come to light. The New York Post was amongst the first to post the news of the couple’s property purchase. The property was previously home to Ryan Kavanaugh, the founder and former CEO of Relativity Media. Originally, he listed the estate for $10.68 million around four years ago. Over a period of four years, the property was taken on and off the market and was listed at various prices. Eventually, Kavanaugh listed the estate for the final time at just under $8.89 million, and it eventually sold to an unidentified investor for $8.1 million in June 2019. The new owner gave the property a contemporary cosmetic update, hiring Saffron Case Homes for the interior design. The estate was then listed for $14 million, but buyers were not interested in the sky-high price. Instead, the property briefly went onto the rental market for $50,000 a month. Finally, it was bought by Chris Martin and Dakota Johnson for $12.5 million.

Martin and Johnson’s new home was built in 2008. It is in the Point Dume neighborhood of Malibu, California, which is an area popular with the rich and famous. It is a spacious, two-story home that measures 5,338-square-feet internally and boasts five bedrooms and 5.5 bathrooms. The property sits on grounds measuring just under an acre and boasts a pool house with a bedroom and 1.5 bathrooms.

Inside the Palatial Pad

At the heart of the home is a double-height combined living and dining area, overlooked by the upper floor’s balcony. It is a light and neutral space with white walls and bright accessories to add pops of color. One of the vast room’s main features is a fireplace, which was one of the upgrades made by the previous owner of the property. It has a minimalist style, and it sits between firewood storage cubbies on either side of the fireplace. The kitchen is almost open-plan to the main living space, as there is a wide opening, which gives the main living area an informal feel. However, hidden panels can separate the kitchen from the dining room if the homeowner wants to create a more formal feel. The chef’s kitchen has copper countertops, blue cabinetry, and a walk-in pantry. Off the kitchen, there is a family room. According to Dirt.com, the family room has a built-in dining banquette that is set into an alcove with three windows that offer stunning ocean views. Another room on the lower level of Martin’s new home is the library/ home office. The main feature of the home office is built-in shelving. From the office, there is a separate screening room, which has undergone an update that involved adding painted shiplap to the ceilings and walls. Although Martin’s Malibu home has five good-sized bedrooms, the largest and most impressive is the master suite. It is an airy space with a vaulted ceiling, and the ensuite bathroom widely features marble. The homeowner’s suite also boasts a private terrace with spectacular ocean views.

Martin’s new home sits in almost an acre of grounds, and there are ocean views wherever you stand in the gardens. The grounds are shielded from the prying eyes of neighbors by a large hedge that surrounds the perimeter of the gardens. It also blocks out the view of the neighboring properties’ rooftops while still allowing Johnson and Martin to enjoy views of the ocean. Next to the rear of the property, a stone cut patio is perfect for outdoor dining and entertaining. It has an outdoor fireplace and a built-in grilling area that is partially shaded by a newly added pergola. One of the main features of the grounds is the swimming pool and spa. Originally the pool was surrounded by rough-cut stonework. However, the stonework was replaced by modern, white tiles when the property underwent upgrades. Various seating and dining areas surround the pool. Behind the pool, there is a large expanse of green lawn, which stretches to the property’s perimeter. There is also a pool house, which also acts as additional guest accommodation as it has a bedroom and 1.5 bathrooms. It also has a ground floor living area and kitchen. Therefore, the pool house on the grounds offers an excellent alternative if Martin and Johnson have guests staying, but they want to retain their privacy in the main house.