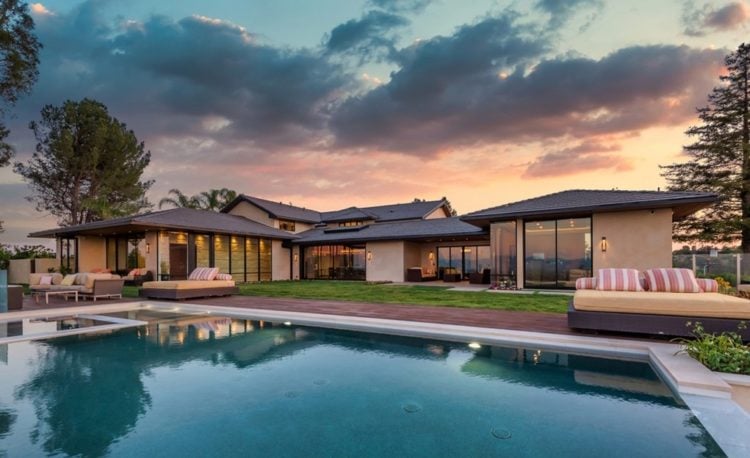 Shroud is the gaming name of Michael Grzesiek, who was formerly known as mEclipse. He is known for being a streamer and YouTuber and for previously being a professional Counter-Strike: Global Offensive player. In addition to his fame from Counter-Strike: Global Offensive, Shroud is known for playing various other battle royale and first-person shooter games, such as Valorant, Escape from Tarkov, PlayerUnknown’s Battlegrounds, and Apex Legends. Shroud is particularly well-known for his Twitch channel, on which he has nine million followers, which means he has the fifth most-followed channel on the platform. He also has a YouTube channel with 6.2 million subscribers. His success as a gamer and across various streaming channels means that Shroud has become a wealthy man. Although his exact net worth is unknown, eSports estimates that the gamer’s net worth is between $10 million and $14 million. It is clear that Shroud has got cash to splash, as he has recently bought himself a new home in California. He reportedly splashed out $9.4 million on the property, and here is a closer look at the gamer’s new residence. Shroud is already a California resident, as he has a luxurious property in Orange County. However, he has wanted to upgrade his living circumstances for over a year and even told his online followers last year that he was searching for a new place to live. He has finally settled for a $9.4 million house in the guard-gated community of Hidden Hills in the San Fernando Valley. There are many celebrities living in this exclusive neighborhood. Some of these include Drake, John Stamos, Kanye West, Jeffree Star, Lori Loughlin, and various members of the Kardashian clan. The gamer’s new home was built in 1980 but has undergone significant upgrades since that time. Many of the upgrades were made by real estate developer Russell Geyser, who bought the property in 2018 for $6 million. It is a 9,000-square-feet mansion set on two acres of grounds that boasts six bedrooms and eight bathrooms. The spacious property has plenty of rooms and features for entertaining friends and family. It sits atop of a knoll in a cul-de-sac location. Shroud’s other property in California is in Irvine. It is a significantly smaller house, which was why the gamer has chosen to upgrade to his larger and more impressive new home. His smaller house was built in 2018 as part of a planned development. It is estimated that the current value of that property is between $2 and $3 million. Inside the Hidden Hills Pad

The main public space in the house is an open-plan living area that has a vaulted and beamed ceiling with skylights. A double-sided glass and marble fireplace and a white pillar separate the different areas of the room. Perhaps the most striking feature of the living area is a full wall of paneled glass windows that overlook the grounds and surrounding hillside. On one side of the fireplace is a large living room, while there is a smaller and cozier sitting room to the other side. On the smaller side, there are sliding glass doors leading to a patio, so there is a sense of indoor-outdoor living. On this side of the fireplace, there is also a black metal staircase leading to a mezzanine level. Connected to the main living area is the formal dining room, which has light wooden floors and a wood-paneled ceiling. Wide sliding glass doors open to the gardens, and there are stunning vistas of the San Fernando Valley and Hidden Hills area, says Dirt.com. Open from the dining room is a modern kitchen that has wooden cabinetry and light gray countertops. A double range sits along one wall, while a grill and microwave are built into the cabinetry along another wall. The sink is set into the large kitchen island, and there is a walk-in pantry for additional storage. There is a large home office with two glass walls and enough space to accommodate a seven-seater L-shaped settee. In the office, one section is cornered off for storage. If Shroud decides he does not need an office, he could use this room for gaming or an additional bedroom. The master suite is a light-filled room with sliding glass doors leading to a patio and overlooking the gardens. Shroud can enjoy stunning views while relaxing in the ensuite’s soaking tub, as it is set against a picture window. The Two-Acre Grounds of the Property

Shroud’s new pad is a single-story structure with a Hawaiian-inspired style that is an irregular shape. It has light gray stucco walls and gray shingled roofs. One of the property’s most distinctive features is the floor-to-ceiling windows and sliding doors that feature throughout the house. The dwelling is set back from the street behind a garden with mature trees and shrubs and a driveway leading to double wooden gates. There is also a flower-lined pathway leading to a smaller wooden gate for those arriving at the property on foot. Through the gates, there is a motor court that can accommodate multiple vehicles. For more secure parking, there is also a four-car detached garage. Most of the two acres of grounds are behind the house, and these include landscaped gardens with lawns, mature trees, and colorful begonias. There are also various patios and decks with seating or dining furniture, so there are plenty of areas in the backyard for alfresco dining or for entertaining guests. On the upper level of the staggered hillside garden, there is an infinity-edged pool with a Baja shelf for sunbathing and an inset spa for relaxing. Another feature of the house is a detached guesthouse, which means Shroud can invite guests to stay without worrying about them invading his privacy in the main house.