Home
Home and Garden
Why Does Mulch Smell So Bad?
Prev Article Next Article 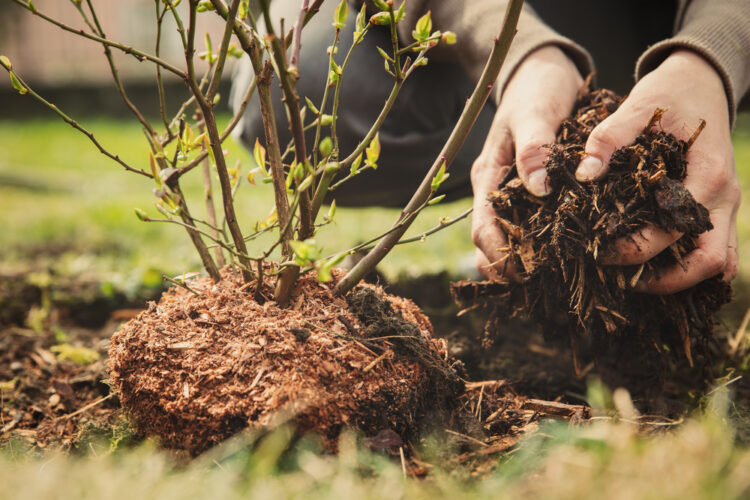 Mulch is one of the most valuable tools for a gardener. It helps conserve soil moisture, protect the roots in sunny, bright spots, and stave off weeds. But despite being very useful, you might have probably noticed that mulch can sometimes smell very bad. Why does it produce a foul smell? This guide will review why the mulch can sometimes smell so bad and what you can do to prevent or treat the bad smell.

Before saying your mulch smells terrible, it’s first essential to understand what a mulch should smell like naturally. A good mulch smells like sawdust or wood or slightly fresh compost. While the compost smell can be sticky, most gardeners are used to it. Most individuals enjoy the smell of mulch, so if your mulch has a worse smell than compost and it’s so bad that it bothers you, then it may be bad. Mulch consists of living materials which is why it decomposes over time. The decomposition process is controlled by bacteria and fungi, with Actinomyces bacteria being the main perpetrators. Their work is essential because they release nutrients that can be essential for plants as long as the process happens with sufficient oxygen. While the decomposition can result in smelly odors, mainly organic mulch, the smell should not be too powerful or awful. If your mulch smells bother you and are so bad, you should consider the reason behind the bad smell.

While anaerobic conditions commonly cause a bad smell, another possible reason for foul-smelling mulch is colored mulch. Most gardeners purchase colored mulch as it looks better and makes their garden more appealing. But while the colored mulch might not be harmful to plants, it can cause a foul smell. Red mulch is often dyed with chromate copper arsenate or red oxide, which might emit rust-like bad odors when they become very hot or wet. On the other hand, carbon dyes are used in making black mulch which might produce a bad odor similar to sneakers or new tires. Most people use black rubber mulch because it doesn’t decompose and can be used for a longer time without becoming sour. However, scientific research suggests that the dyed mulch chemicals can start seeping into the soil over time and cause harm. More so, it does not offer any valuable nutrients to plants compared to organic, decomposing mulch.

What Conditions Result in Anaerobic Decomposition in Mulch?

Anaerobic conditions happen when mulch is very compact to allow sufficient oxygen to flow freely through it. This is particularly common with commercial mulch, and you might sometimes find that the mulch you have just purchased already has a bad smell. According to Have the Best GARDEN, commercial mulch is commonly stored in massive piles that compress the mulch without leaving sufficient space for air. The mulch is then kept in airtight bags, decreasing oxygen access even further. Your garden’s mulch can also generate a foul smell when piled together too compactly or laid very thick. Having the mulch laid compactly can result in anaerobic conditions that make the mulch smell very bad.

Is Sour Mulch Bad for Your Mulch?

According to Help Me Compost, anaerobic decomposition results in acetic acid production, ammonia, and hydrogen sulfide, which are acidic components that smell bad and also make the mulch sour. So, the mulch will not only smell very bad, but the sour mulch can also be bad for plants. The acidic chemicals produced eventually seep into the soil and the plants, causing damage. The plants will grow more slowly and, or even stop growing. The leaves might turn yellow or look sunburnt with drier, yellow-brown leaves. Soon, the plants will start drooping and wilting. Generally, a sour mulch can kill your plants within a few days. Therefore, monitoring your mulch before placing it in your garden is recommended. If it smells terrible, you should fix it before giving it to your plants.

How Can You Fix Bad Smell in Mulch?

As stated earlier, anaerobic conditions are easy to remedy, and you don’t need to dispose of your sour mulch. Since the horrible smell results from anaerobic conditions due to a lack of enough oxygen, the solution is to give it more aeration. To fix the bad smell, find a sunny and clear yard and spread the mulch thinly without compacting or piling it up, and leave it for a while. The mulch will decompose, but this time aerobically, with oxygen. Within 3 to 5 days, the process will counteract the effects of the previous anaerobic conditions. They will begin smelling better because the harmful byproducts are not produced anymore. Watering the mulch as it decomposes will also help wash away the smelly chemicals, helping to eliminate the smell quicker, and the mulch decomposes in aerobic conditions. Another way of speeding up the decomposition process and preventing it from producing a bad smell is by turning it regularly. This will keep it more aerated. Ensure not to pile the mulch heavily. According to ECO Family Life, the mulch should have a maximum of two to three inches. You can also poke holes in the mulch regularly to enhance the oxygen supply. Don’t store your mulch in airtight bags.

Hopefully, you now understand why mulch smell so bad sometimes. Mulch can produce a bad smell when it decomposes anaerobically without sufficient oxygen. When well-aerated, mulch should smell earthy, sweet, and slightly like what it was made from, such as tree straw or bark. Fortunately, foul-smelling mulch can be remedied, so you don’t have to throw it away. Just turn it around for aeration and give it water to wash away the sour chemicals, and it will smell better in three days.