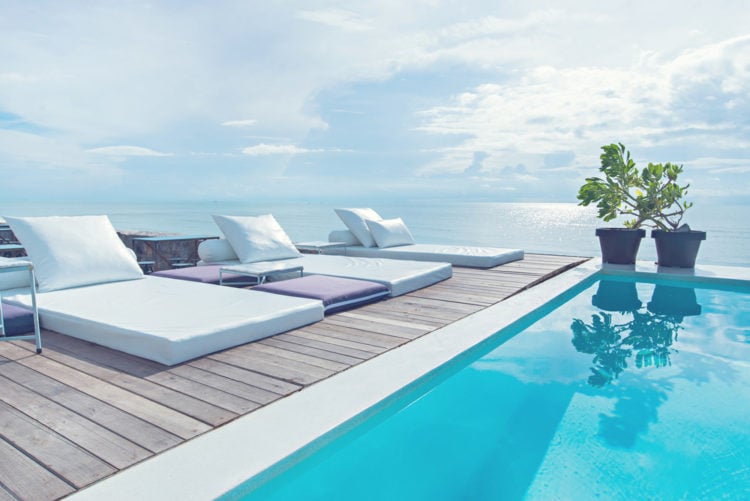 On the whole, mustard algae isn’t particularly dangerous to humans. It is slimy and otherwise unpleasant. However, mustard algae apparently doesn’t cause the same kind of health problems as, say, red algae, which tends to be bacteria rather than actual algae when it is found in pools. Unfortunately, mustard algae is still something that interested individuals should deal with as soon as possible. Generally speaking, people find mustard algae to be rather unsightly. As a result, its presence can ruin the usage of the pool. On top of that, the growth of mustard algae can mean conditions that can encourage the presence of other undesirable organisms such as, say, e. coli that are very much not harmless to human health. For that matter, just because something looks like mustard algae, there is no guarantee that it actually is mustard algae. This means that interested individuals should be very careful about making assumptions about what is and isn’t going on with their pool because they might be dealing with something else altogether.

How Can You Get Rid of the Brown Algae in Your Pool?

For starters, interested individuals are going to need to decontaminate everything that has come into contact with the mustard algae. The spores of mustard algae are microscopic. As a result, it is very easy for them to cling to the surfaces of items, which is a problem because those items can return to be a cleaned pool, thus starting up the contamination once more. If interested individuals have anything that has already seen a lot of wear and tear, it might be easiest to just toss those things out rather than try to decontaminate them. As for everything else, they are going to need to take thorough measures. For example, if they are decontaminating their swimwear, they should use color-safe bleach as well as minimal soap while using a hot cycle. Similarly, if they are decontaminating pool tools and accessories, they might want to use a chlorine solution. Even the pool cleaner will need to be disassembled so that they can clean every single one of its components using chlorine because they need to be sure that they have gotten everything. Otherwise, they might wind up having to do everything all over again because some of the spores have survived to contaminate the pool.

Speaking of which, interested individuals will need to do a couple of things if they want to clean their pool. One, they are going to need to use chlorine to kill the mustard algae. Yes, mustard algae possesses some degree of resistance to chlorine. However, a high enough concentration of at least 10 ppm should be able to kill it under the right circumstances. Two, interested individuals are going to need to ensure those right circumstances. Part of this involves adding chemicals until the pool water has a pH level of 7.2 to 7.6, an alkalinity level of 85 to 100, and a water hardness of 150 to 250 ppm, which are conditions that should enable the chlorine to work well. However, part of this process also involves physically scrubbing the mustard algae from the bottom of the pool as well as the sides of the pool so that it is floating in the middle of the water. Something that should make it that much more vulnerable to a chlorine shock.

As for the chlorine shock, people should be adding enough chlorine to do the job all at once rather than on a gradual basis. Furthermore, they should be doing so during the early evening because that should reduce the sunlight’s degrading effect on the chlorine. Once the chlorine has fallen back to 5 ppm, interested individuals might find it useful to also use an algaecide specifically meant to kill mustard algae by following the product instructions. After which, assuming that everything has worked out well, they should be able to get rid of any remaining mustard algae by just scrubbing it away. Be warned that thoroughness remains very important at this point in the process because the spores of mustard algae can be so tenacious.

These steps can be complicated. For that matter, they can be both laborious and time-consuming without guarantee of success for people who aren’t particularly experienced with getting rid of pool algae. As such, if people aren’t sure what they are doing, they might find it easier to just hire a pool professional to do the job for them. As always, finding the right pool professional is a pretty simple and straightforward process. Essentially, they will want to look up a list of suitable pool professionals in their local area, choose the ones who specialize with the particular task that they have on hand, and then use a combination of reviews and testimonials to figure out which ones can provide them with the results that they want with minimal fuss and hassle. Anyone can make claims of competence. Due to that, it is wise to make sure that those claims can be backed up.