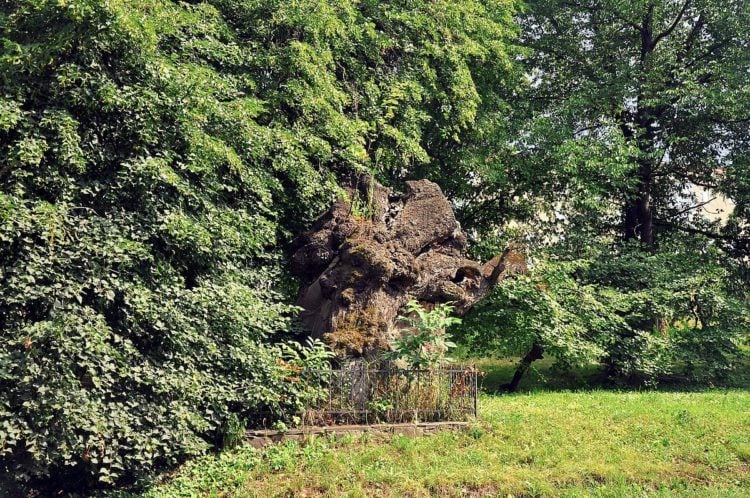 Linden trees are a statuesque, deciduous species renowned for their stunning foliage, heavy flowering, and handsome form. Throughout history, the linden tree has been prized for its wood (its fine grain makes for beautiful furniture) as well as the delicious honey its bountiful nectar produces. The species is most commonly found throughout Europe and North America, although some sub-species have also been cultivated in parts of Asia. Because of their size, lindens are most typically planted as street trees, but also make a popular choice in parks and large public areas.

The linden tree (also commonly known as basswood or lime tree, despite being unrelated to the fruit bearing bush of the same name) falls within the Tilia genus, a group of around 30 species of trees native to the Northern hemisphere. Other members of the genus include the rose of Sharon (Hibiscus syriacus), phalsa (Grewia subinaequalis), durian (Durio spp.), and Illawarra flame tree (Brachychiton acerifolius.) Linden trees are hermaphroditic, meaning their perfect flowers carry both male and female parts that require pollination from insects. Once pollinated, the flowers will develop into oval, slightly ribbed fruits with a pointed tip. The fruits grow in clusters of 2,3 or 4, and are fitted with a wing to facilitate their spread.

Handsome, well groomed, and bountiful, the linden tree is characterized by its abundance of tiny, cream to yellow clusters of flowers and large, asymmetrical, heart-shaped leaves with pointed tips and an average diameter of around 6 to 20 centimeters (2 1⁄4 to 7 3⁄4 in). As young saplings, linden trees have a slender, pyramidal shape and a smooth, grey bark. As they age, they develop a broad crown that is often utilized for its ability to offer shade and shelter, and a grey to brown bark with shallow fissures. Although a slow grower, certain sub-species of the linden tree can achieve a majestic final height of 130 feet– perhaps one of the reasons it tends to be favored in public areas that can accommodate its full size, rather than in private residences. In summer, the linden tree’s broad canopy provides dappled shade, allowing just enough sunlight for flowers and shade grasses to flourish on the ground below. In autumn, the tree’s leaves take on a beautiful golden hue before eventually dropping off. Despite being easy to grow in the right soil conditions, linden trees are exceptionally difficult to propagate from seed, and are notoriously vulnerable to insect attack. Aphids in particular are known to be drawn to the linden’s ready supply of rich sap. Linden trees typically have a lifespan of a few hundred years, but there are several examples of specimens across the world that are believed to be more than a thousand years old.

The woodlands of Europe include many native linden trees, some of which have reached some pretty impressive ages. Some of the oldest examples of the species can be found in the Westonbirt Arboretum in Gloucester, which plays home to a coppice of lindens estimated to be around 2000 years old. Throughout history, lindens have been used to grace the gardens of the rich and famous of the day; visitors to the Imperial Castle of Nuremburg should be sure to take in the 1000 year old linden planted by the Empress Cunigunde, wife of Henry II of Germany, while Swiss holidaymakers should plan a quick detour to Naters to take in the Alte Linde tree, which is believed to have been planted prior to 1155.

Uses of the Linden Tree

Aside from the flowers, herbalists have also found the linden tree useful for its wood: after burning, the resulting charcoal can either be consumed as a way of treating intestinal distress, or applied topically to treat ulcers and cellulitis.

The Linden tree comes in several varieties. Those most commonly seen in North America are:-